Let it be said and then repeated over and over again, Coco Austin is a saint.

I mean, not only did she look out for us on the cut throat dance circuit (trust me, it was way worse than Compton) but she has gifted us with the idea that, mark my words, will lead to a Tony.

Coco knew that our beautiful story from rival dancers with rival stage Momagers (Annelie was the greatest Momager I could have hoped for), through the aforementioned years when she protected us from Mary Murphy (she was Naomi Campbell to our Tyra Banks) to when Annelie introduced her to Ice and we all egged Meg Ryan’s home, was destined for the stage and knowing how talented we are as a trio, she knew that we were the only ones who could do it justice.

We have some money set aside from when Annelie and I scammed our dear friend Joan Rivers into listing us as the charity during her winning stint on Celebrity Family Feud (Ice and Coco threw the game for us), so feel the time is right to invest in our future plaudits.

We convinced her to leave that part out of the musical over a nice warm mug of Hot Coco Austin. Sadly though I have to relive the humiliation of being rejected as a Playboy model. I guess my torrid affair with Heff will make a good story though. 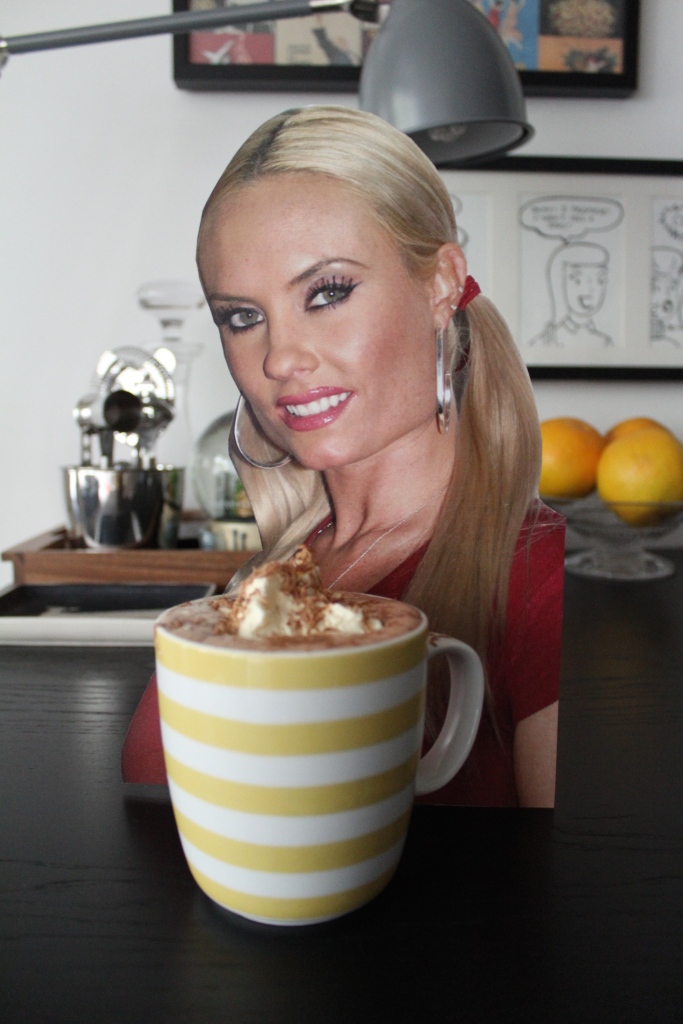 The key to amazing hot chocolate is cinnamon. Well actually, peanut butter is also amazing (you could remove cinnamon from the recipe and replace 1tsp peanut butter), but there is something so warmly, delightful and festive about cinnamon and chocolate. 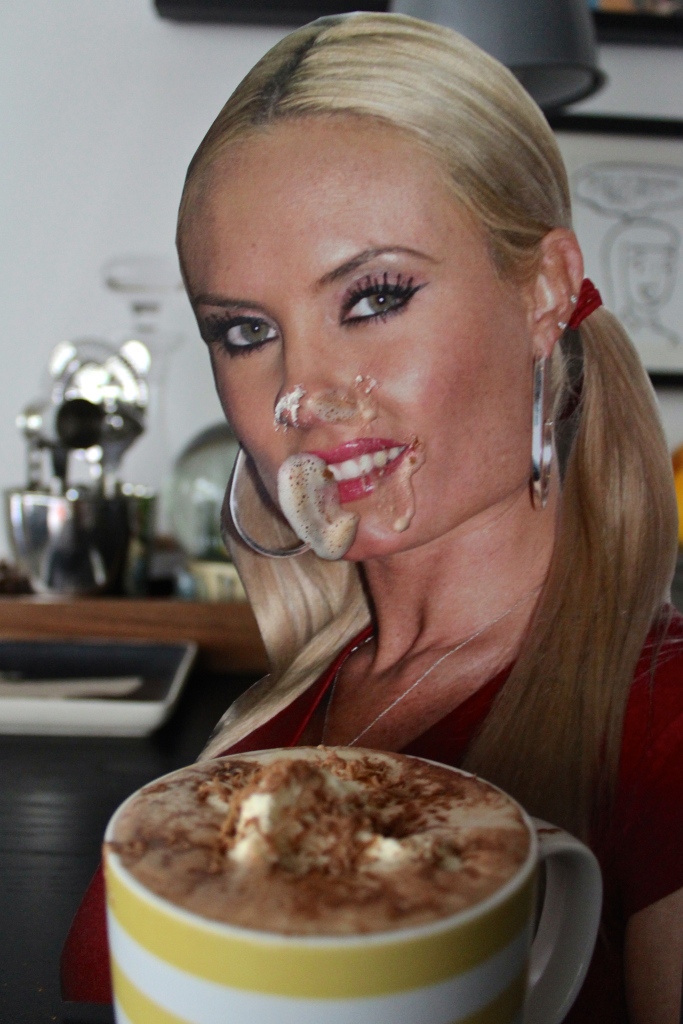 Method
Heat the milk, stirring constantly(ish), in a small saucepan over low heat.

When warm and starting to foam/bubble around the edge, remove from heat and stir in the chocolate and cinnamon until combined. Return to heat and cook for a couple(ish) minutes.

One thought on “Hot Coco Austin”