Previously on Australian Survivor Brian was the last man standing, leaving Shane and Sharn to nervously try and find a way to stay alive. After approaching Shonella and realising there was no hope, they gallantly tried to snag immunity however tragically were beaten by Brian. With no other hope, Sharn went hunting for an idol which this time proved successful and remained hidden. And with that, a plan was floated to try and attract all the votes to Sharn instead of the alliance splitting the votes to keep both of them safe. Somehow their planned worked with Sharn negating three votes against her, Shane getting one and poor Queen Fenella becoming the Queen of the Jury.

Back at camp Shonee was absolutely shocked to still have Shane in the game and Fenella hanging with the boys in jury villa. Looking for answers she asked they get ready for bed before Sharn explained what the hell happened. Thankfully Shonee isn’t an idiot and was concerned that the failed vote split may have actually been deliberate, and if so, she needed to get to the bottom of it. Just as quickly as she said it, Brian admitted to us that it was definitely deliberate as he wants to go to the end with Fenella and Monika. And hot damn do I want Shonee to get her revenge!

The next day Monika marvelled that she was still in the game at final five, with only five days remaining. And given she got a confessional, me thinks she isn’t long for the game. Despite knowing that Sharn is a total threat and was concerned about her moving forward. Speaking of Sharn, she was hanging with her girl Shane as they celebrated their victory over Shonella.

Not one to rest on her yannys – sorry, laurels – Shane decided that now was the time to strike to form a new alliance so approached Shonee to see if she’d be interested to jump ship after losing his bestie. Their target obviously being King Grub as Shane is sick of him being disgusting, lazy and playing a villainous game. Sharn too was quick to befriend Shonee and see where they stood moving forward. She then straight up told Shonee that the bungled vote split wasn’t actually a mistake, and it was a move to save Shane. Shonee went to have a chat with Brian about Fenella’s boot and while he pretended to be sad about the situation, she did the better job hiding her rage. She then vowed to get her revenge and be sassy as fuck, and as heartbroken as I am about Fenella’s boot, I am LIVING for Shonee’s rage.

My love Jonathan returned for the reward which looked suspiciously like a car under a tarp. But who knows, maybe I am wrong? They would each use blocks to solve a word puzzle then shimmy along a beam to undo two bags of sticks which will then be used to build a long hard pole to reach a key through a gate. Oh and yeah, obvi, it was for a car. Brian got out to an early lead with Monika almost close behind, had she not screwed up the puzzle, leaving Shonee and Shane to chase him down. Brian started making his long, hard pole while Shonee and Shane worked on the second bag, and Sharn and Monika made their way to the beam. Brian’s first two attempts failed leaving Shonee and Shane to join him at the gate while Sharn and Monika desperately tried to cross the beam. Shonee tried and failed, as did Sharn who finally made it to the gate. Brian proved successful on his third attempt, begging the question, will the car curse remain?

Particularly since he promised it to Monika should he win. Jonathan further complicated things, telling him that he had also won a night away from camp with a real bed and a shit tonne of pizza. Which he would be able to share with one other person, stupidly picking Monika and leaving Shonee back at camp to be wooed by the rival alliance. And while they know it could come back to bite them, I don’t think they are worried enough. As Shonee will defend Fenella’s honour.

Brian and Monika pulled up at the site of the reward where they delighted in the comfort, chocolates, champagne and pizzas. Brian’s confidence continued to grow, given he has won countless immunity challenges and has an idol in his back pocket. He then admitted that he only selected Monika to share the reward because he doesn’t trust her to stay loyal if she spends too much time with Shane and Sharn. He then admitted to her that he also didn’t want to fuel their competitors, which reading between the lines says Shonee is competitive in challenges while you are not.

Meanwhile back at camp Shane and Sharn quickly got to work on Shonee, lamenting Brian’s challenge streak. Not an idiot, Shonee admitted that he sees her and Sharn as threats and as such, she is willing to flip sides and take him out. YAS YAS YAS, KWEEN. The trio agreed that the Sh- alliance is now formed and they will take out Brian and Monika, get to the end and defend Fenella’s honour. I mean, how fucking poetic?

The next day Brian and Monika awoke at the reward beach to find a bountiful breakfast, and Monika finally admitted that she is riding Brian to the end as nobody will vote for him at the end. Meanwhile at camp, the Sh’s all agreed that they will fight like hell to snatch immunity to finally take out Brian. Aka the newest king, if Benji is still narrating somewhere around the world?

Obviously this led to the immunity challenge where the castaways would be required to build a fire in a drum attached to the end of a seesaw. Once rollicking, they would then need to run to the ocean and fill the other end of the seesaw with water to raise the fire and burn through a rope. Given the challenge involved making fire it didn’t look too exciting as they all worked away and Brian panicked. Shane was obviously the first to get a flame, which she quickly parlayed into a full blown fire. Sharn too snagged a flame, which started to catch on to her epic wooden teepee, leaving her to go get water and start working to lift her flame. As Sharn and Shane pulled away, Brian grew more and more concerned, begging Shonee to tell him how they built their fires before telling her not to panic. Eventually Sharn sent her fire soaring, leaving the flames to lick at the rope while desperately trying to keep it up long enough to secure immunity. Which she managed to do, bursting into to tears as she realised she made it into the final four.

Back at camp everyone congratulated Sharn on her immunity win, while Brian seethed about it being his worst case scenario as he will have to take out his goat Shane. Sadly for him, Shonee was no longer interested in their alliance and was totally going to flip on them. Brian decided he needed to appear nervous, so went out idol hunting despite it not being required. The SH trio planned to take out Brian and then Shonee went for a walk to get water, hoping to entice Monika and Brian to the well to lock in their plans. Brian soon followed and was assured by Shonee that they hadn’t been able to convince her to flip, however he was concerned that Shane wasn’t feeling nervous.

Shonee took this intel back to Sharn and Shane, leading to Shane giving a performance of nervousness that truly is not to be fucked with. Shane then headed off to Monika to highlight how nervous she is, and poor Monika bought it all and felt sorry for the beast. She then took the performance to Brian, who admitted that he was also feeling nervous. In the next scene he was asleep on the beach, so I’m not sure how nervous he was really feeling. So much so that Sharn and Shonee deduced that he had an idol, and as such, Shonee suggested that they change the vote to Monika just to be safe.

At tribal council Queen Fenella slayed in a jumpsuit with the boys, while Sharn rejoiced in having immunity. On the flipside, Brian admitted to feeling nervous about the upcoming vote though said that he hoped to survive the upcoming vote and get the immunity necklace back ASAP. Brian tried to downplay his challenge wins, while Shane decided to go all in, calling out why he picked Monika and questioned why he wouldn’t want to share a bed with her. Brian continued to make blunders, saying that Monika was only selected because he couldn’t trust her not to flip while he was confident in Shonee to stand firm.

Changing tact, Jonathan pointed out that Sharn too is a challenge threat and as such, is she looking to take out Brian when she has the chance. Shonee continued to pretend to be the loyal ally, calling out Sharn and Shane as they all smirked at each other. Shane too jumped in on the performance, playing the defeated next boot and guilting the hell out of Monika. Talk soon turned to idols, with Monika admitting to being nervous about them while Brian spoke about not being worried about them, signalling that he clearly has an idol. Jonathan grew weary of Brian’s sinking performance, asking why he isn’t fighting harder. In comparison, Shane told everyone how much she loves the game and she would love people to help her out and keep her around.

With that the tribe voted, followed by Brian playing his hidden immunity idol much to the shock of his tribemates. Or faux shock at least, as the Sh alliance joined together to send Monika from the game in fifth place while flushing Brian’s idol.

Given Mon is an absolute delight however, she walked into the Jury Villa and TBH made my job super easy. Some light compliments here, some questions about why she looks better after 46 days on an island than I do twenty minutes after getting out of the shower there, and I barely even needed to crack the Preserved Lemonika Radulovic. 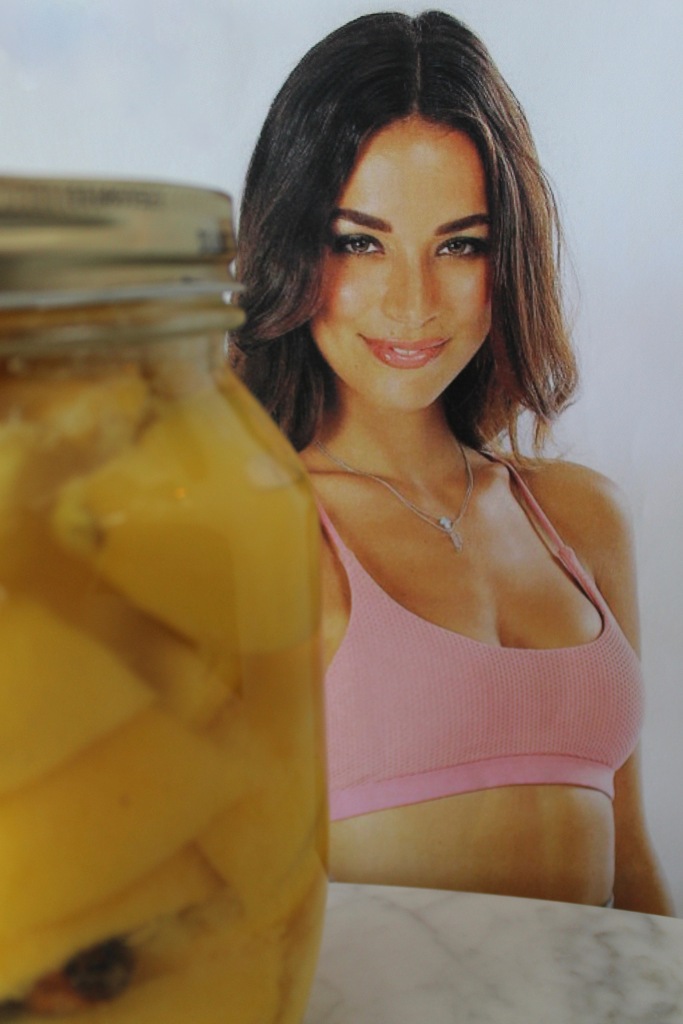 While they aren’t the best thing to eat straight out of the jar – hey, don’t tell Mon that! – these babies are the perfect thing to elevate any Moroccan dish. Or to whip up as a cute Christmas gift. Because it is October – third to be in fact, happy Mean Girls day! – and that means Halloween is rolling into Thanksgiving and Christmas and you need to prepare.

So no pressure. Oh, and enjoy! 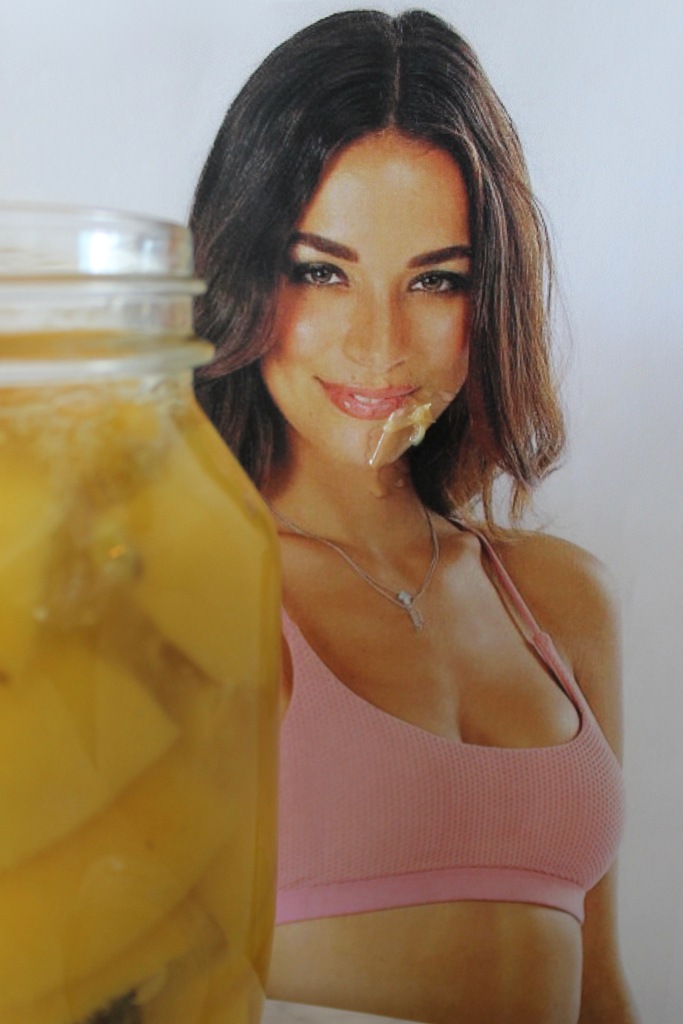 Place a heaped tablespoon of salt on the bottom of the jar and top with a couple of layers of lemons, smooshing down as you go to release the juices. Place the cinnamon quill and half the remaining spices on top, top with a layer of salt and another couple layers of lemon.

Add the remaining spice and repeat the process of salting and smooshing the lemons until the jar is almost full. If the fruit hasn’t released enough fruit, top with additional juice until the lemons are all covered.

Seal the jars and leave them in a cool dark place for six weeks – kinda like how the editors left us in the dark about Mon until belly-flopgate – or until the lemons are preserved and the salt has completely dissolved and the juice is consistency of hand sanitiser. Refrigerate once they’re ready … for devouring over time.