Can I tell the difference between Chris, Dan or Eric despite one of them being bald? Nope. Do I care and love them all based on nothing else? Sure. Do I want Victoria’s hair? Of course. Are Julie and Reem going to be my fave newbies? Duh. Do I hope that Aubry and Kelley pair up like Aubry, Sandra and Cirie should have in Game Changers? Unequivocally.

Anyway, I have a lot of strong opinions about everything, so it was convenient that I had my dearest friend Earl Cole – the undisputed King of Fiji – drop by to join me and listen. While he wasn’t as opinionated as I was, he did agree that the winner is likely going to be someone that gets voted out pre-merge and manages to woo everyone whilst struggling on the Island Of Extinction.

While I am blindly hoping Aubry finally snatches a win, unless Joe channels Pearl Islands-era Savage, Hatch, Tyson, Locky or the Contenders boys and goes nude. In which case I am all in on him winning.

Given I quickly got thirsty, I needed something bready to sop everything up and distract me with a different kinda of joy. As such I whipped out a Milk Bar – third time this year, I know – Volcano, convenient rebranded as an Earl Colecano. 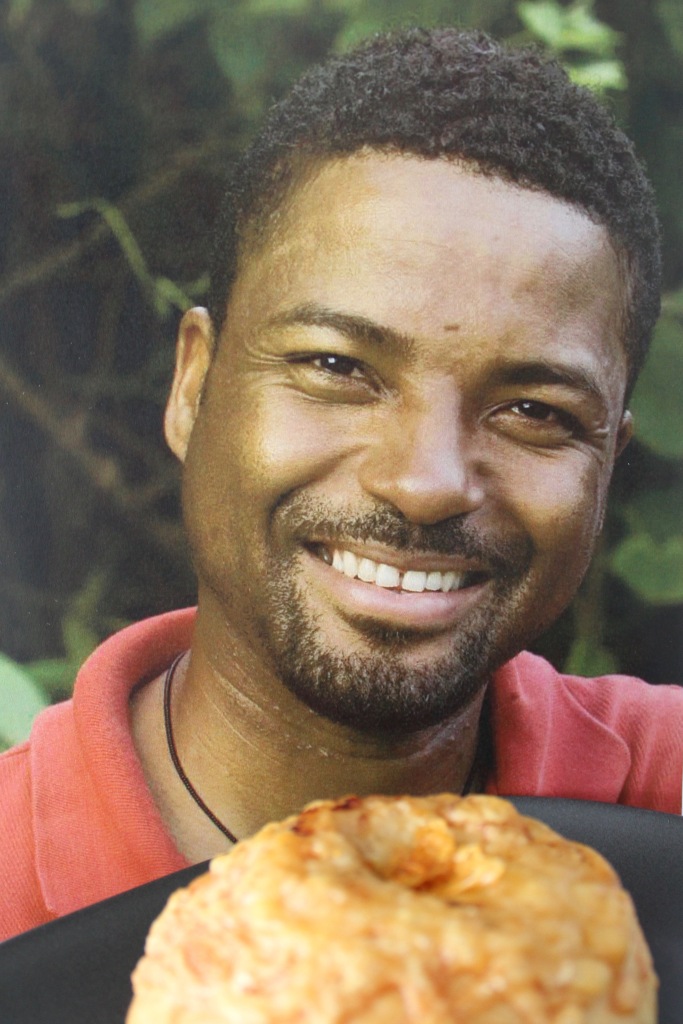 Like Bagel Bombs and Crack Pie before them, Milk Bar’s volcanoes are insanely addictive and delicious and can warm your soul even through the most brutal of polar vortexes. Creamy, herbed potatoes, sweet onion and a punch of gruyere are all you need to wash your troubles away.

Method
Prepare the Mother Dough as per Katey’s recipe – which is totally Christina Tosi’s – and leave to prove.

Meanwhile crush the garlic with a knife and chuck into a saucepan with the cream, milk, bay leaf, rosemary, ½ tsp of salt and a good whack of pepper. Bring it to the boil over medium heat before turning off, covering and leaving to steep for half an hour.

Thinly slice the potatoes and cover with iced water.

Layer the potatoes in a small baking dish, sprinkling with bacon as you go, until you’re out of both. Strain the steeped cream, pour over the potato and transfer to the oven to bake for 45 minutes, or until golden on top and cooked through. Remove from the oven and allow to cool completely before covering with foil, topping with weights – aka cans – and transferring to the fridge to set for a couple of hours.

While the potatoes are setting heat a lug of vegetable oil in a small saucepan and add the onions and leave in the pan for a couple of minutes without stirring. After that, reduce heat to low, add the remaining salt and cook for about half an hour, or until soft and caramelly.

Divide the dough into four equal pieces and flatten to form 20cm discs. Split the onions amongst the discs and top with a square of the potatoes. Oh, cut the gratin into squares – there will be left overs and on behalf on Christina, you’re welcome. Fold up the edges and pinch to enclose before rolling into a ball and placing on a lined baking sheet.

Brush the dough with egg and cut a deep X in the top of each. Fill each with a quarter of the cheese, leaving excess to erupt out the top. Transfer to the oven and bake for half an hour, or until golden, brown and the cheese is crispy.

Leave to rest for ten minutes before devouring. If you can.