Finally! We have a cast – complete with icon Elizabeth ‘flip da ma’fuckin’ bird’ Olson – and we can truly get to countdown to Survivor: David vs. Goliath. And TBH, there is no better way to mark the occasion than by hanging out with my dear friend and ex-lover Fabio.

Cast your mind back to 2010, riding high on the post Heroes vs. Villains wave, Survivor was a hit again, Sandra became the Queen, Parvati was an icon, Russell was an iconic mess … and Nicaragua landed with a thud.

Yes, we can all agree that the Medallion of Power was a joke and the double quit episode a week out from the end destroyed the pace … but I actually kinda loved the season. I mean, it was a trainwreck but that is part of the charm. Holly breaking down, burying shoes and rising from the ashes of her own creation to almost make it to the end was a thing of beauty. As was Jane’s tantrum upon finding out she was about to be booted and a loveable, ditzy underdog being verbally abused by an eventual quitter, only to outlast the rest and secure her vote for the victory.

And I am lucky enough to call said victor my dear friend Fabio aka Jud Birza.

I first met Jud in 2009 when I was searching for someone with the last name Benjamin or the first name Judd, so that we could marry and become either Benjamin Benjamin or Judd Judd like Brady Brady of SATC fame. While he was missing a D, he more than made up for it with another one and we fell into a quick love affair.

While we eventually broke up due to one of my deportations, I suggested Probst give him a chance to carry on Sandy’s legacy. And carry it he did. In my opinion.

Obviously all we could talk about was the iconic Elizabeth Olson and how if there is any justice in the world, she will be out victor. I mean, the cowboy hat, the shit eating grin and the knowledge that if anyone sees it, a team of interns of Sonia Morgan quantities will lose their jobs – this woman needs to win AND be the breakout character of the season.

Well, as far as we were concerned whilst smashing a tonne of Jud Beerza Battered Fries. 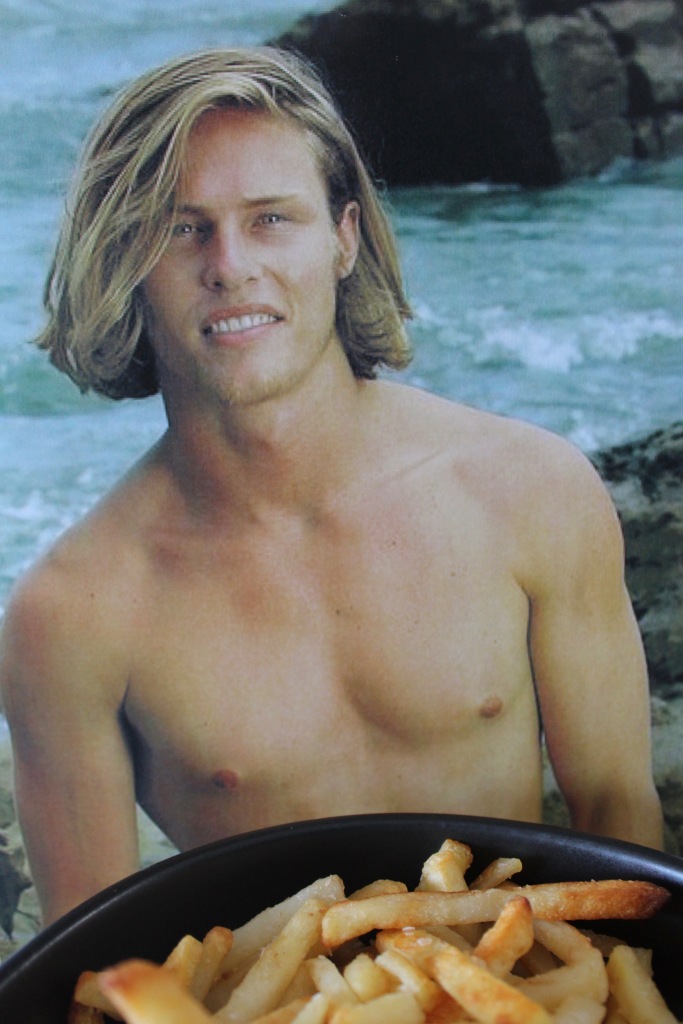 Super crispy on the outside, light and crispy on the inside, these are the most fun you can have with beer while cooking off the alcohol. Well, as well as Lucy’s balls obvi. Which reminds me, I need to watch Jud’s post-Survivor film … 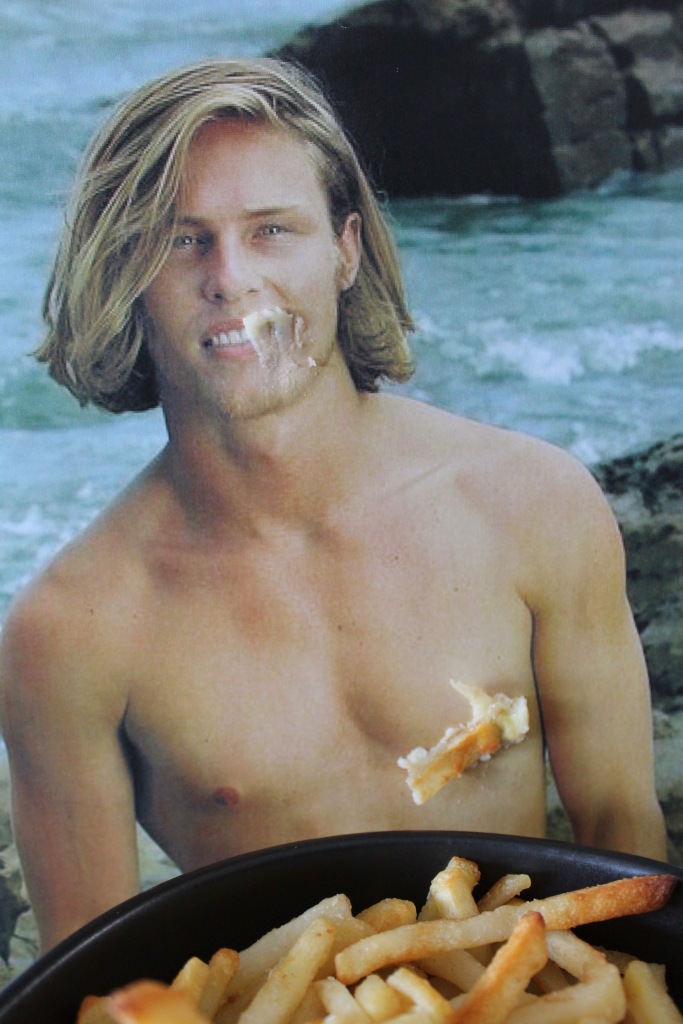 Method
Place the cut potatoes into cold water and leave to sit for ten minutes or so. Drain and dry completely.

Combine all the dry ingredients in a large bowl. Slowly whisk in the beer until you’ve got a smooth, thickish batter.

Place the oil into a dutch oven until it is about 10 centimetres deep and and bring to 160C on a fry thermometer. Once at temperature, place a handful of potatoes in the oil at a time and cook until lightly golden. Remove with a slotted spoon and allow to dry on kitchen towels.

Raise the temperature to 180C, dip the par-cooked fries into the batter and cook a few at a time for a couple of minutes, or until golden and crisp. Transfer to kitchen towel and repeat until done.