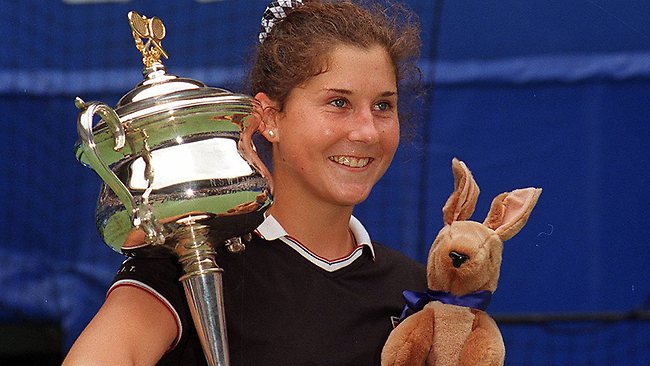 I’ve been so focused on Hollywood and my entertainment industry peers, that you would be forgiven for thinking that I am a one trick pony. But I’m not.

In addition to turning tricks, running scams and schemes and enjoying list on Hollywood’s A-List I am also a scholar, the brains behind all of Stephen Hawking’s works, a yogi, the Dalai Lama’s most trusted advisor, a political pundit often referred to as the democratic version of Stacey Dash but more so than anything else, I am an accomplished athlete and total sports nut.

Obviously my passion commenced as a locker-room fantasy akin to an all male version of Porky’s, but eventually I discovered I am quite the jock reaching dizzying heights of multiple sports. If there was a cent-athlon, I’d win … every time.

Given my love for overtly sexual sounds at inappropriate times, I have long been drawn to tennis … which Andy’s acclaimed turn in 7 Days in Hell reminded me. Wanting to reconnect with my roots (i’m not even touching that), I decided to give my dear friend Monica Seles a call to catch-up.