Following the shocking quit of JT due to his illnesses, we arrived at tribal council to discover that it would not in fact be cancelled – yet – as I assumed. Dylan spoke about his pride in making the halfway point of the game and desperately wanting to make the merge, while Matt spoke about putting everything out on the table, riding luck and trying his best.

Matty Chis rubbed salt in Renee’s wounds about receiving votes at the last tribal council, with her dancing around the fact that contestant Matt is the person that threw said vote her way and as such, she is still pissed about it. On the flipside, Dylan was feeling confident and trusted his new allies … however based on the fact Renee and Arun looked hella awks, it looks like it could be misplaced.

Arun spoke about going with the flow of the game while Dave said he needs time to build trust – don’t we all Dave? – before Matty Chis asked if anyone felt like they were on the wrong side of the numbers.

With only contestant Matt admitting to feeling nervous about the vote.

With that tribal council continued as normal – despite the fact I was betting on a late breaking cancellation – and one by one Chani voted. As is literally the process, Matty them read said votes and not one followed by one by one by one and one more, Dylan was blindsided from the game. Much to the absolute smug delight of Adam, while sweet Matt rubbed his hand as comfort.

I was still not fully over my disappointment rage at JT, so was feeling quite emotional by the time Dylan arrived at Loser Lodge. Maybe it was the fact I was rooting for him and Adam to stop fighting and fall in love or maybe it was the realisation that my Survivor experience would probably resemble superfan Dylan’s rather than superfan Lisa’s, but thank f- I had the foresight to whip up some joy-inducing Feta, Dylan Baconrad Scramble. 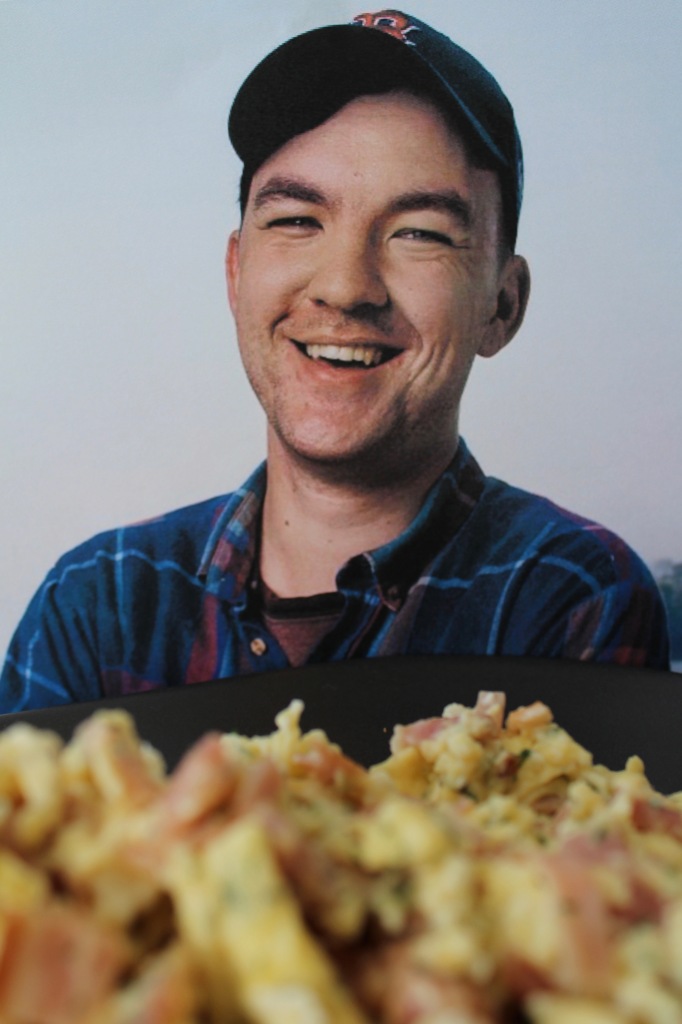 Now I know that dill is pretty much the second most reviled herb behind coriander, but hear me out because these eggs are delicious. Salty, creamy and packing a punch of dill freshness, they’re the perfect way to eat away your feelings. 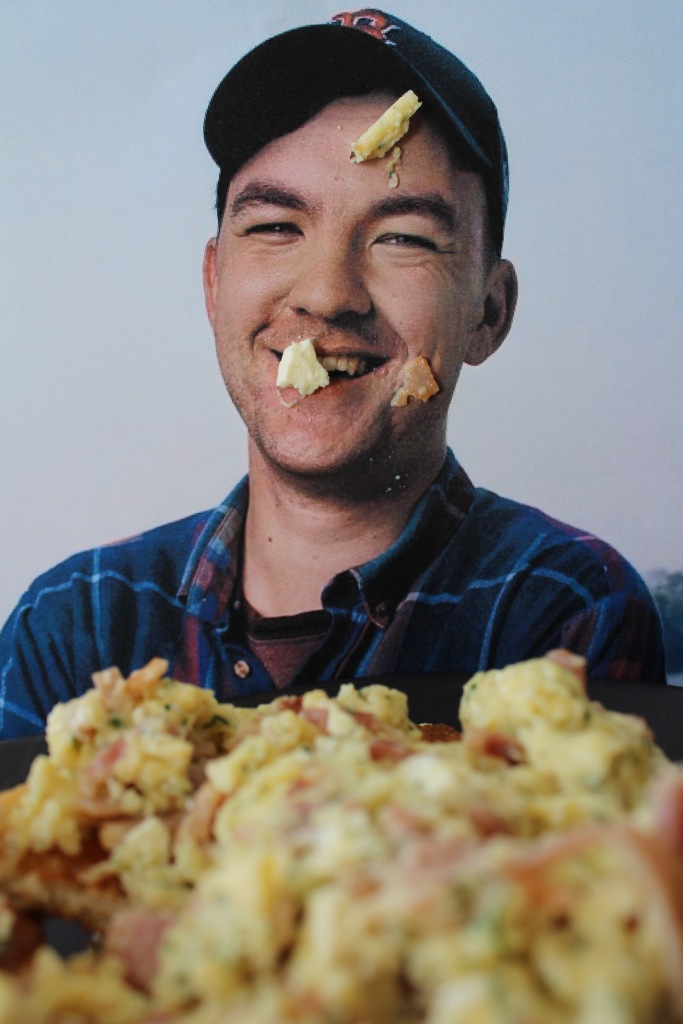 Method
Melt a small lug of butter over medium heat in a large skillet until foaming. Add the butter and cook for ten minutes, or until crispy.

While this is happening, whisk the eggs, dill and feta together with a good whack of salt and pepper. Oh and prep your toast.

Pour over the eggs and slowly stir with a spatula, dragging the spatula around the edges of the pan and dragging towards the centre, creating light, delicate folds.