Let me tell you, when the lights were off I entertained Kurt Cobain … but that isn’t the point of today’s catch-up. It was all about Meggy.

As you’ve probably figured out thanks to basic deduction and the process of elimination, Kurty is this year’s hero in the meggstravaganza process and I’m hoping through the power of my time machine, he is able to give a posthumous-yet-still-alive-in-the-past boost to Meg’s career.

Kind of like how I brought him back to life, technically, through the use of my scientific brilliance.

It would come as no surprise to anyone, that I enjoyed (and still do with the latter) a very close friendship with Kurt and Courtney in the late 80s and 90s. Fun fact: I actually introduced the two after meeting Courtney in the gay clubs of Portland where I was turning tricks at the time. While in the later years of his life we shared an addiction to heroin, our friendship, first and foremost was built on trust, unconditional love and a passion for ELO.

As is the case with a lot of my friends, I ended up being Nirvana’s chief muses most famously inspiring Smells Like Teen Spirit with a love-letter I wrote to Kurt when I misunderstood his kindness.

Using the time machine to catch-up with my deceased friends is always bittersweet, but being able to see Kurt and Courtney at their happiest while she was pregnant with little Frances Bean was a true joy. Kurt was a bit confused as to why I was reviving Meg’s career, given that it was at her height in the early 90s and he assumed she would stay at the top of the A-list, but was very happy to be able to help out.

Proving, once again, why the reluctant voice of a generation is my hero.

After delicately explaining the situation with her poor 00s choices, I needed something nice and sweet to avoid any awkward butterfly effects from my stint in the past. Although I did attempt to thwart the future release of the abhorrently awful The Butterfly Effect. Thankfully I had a batch of my Lemon Kurd Cobain on hand to bring the fun! 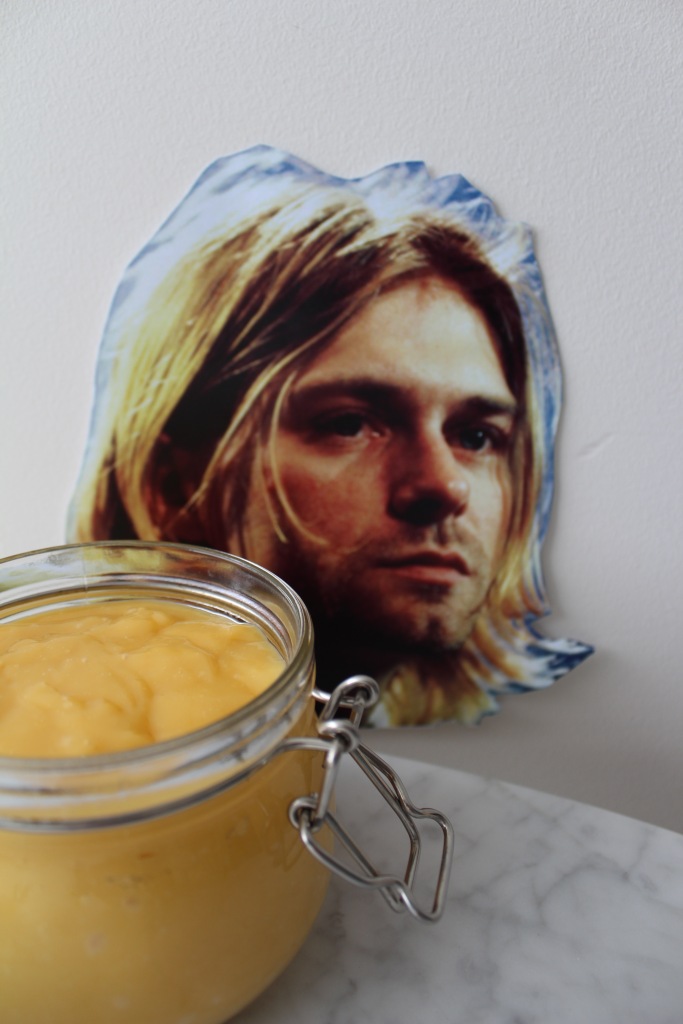 Lemon curd is quite possibly one of my favourite things, particularly when it is super tart and added to a pie. I was concerned about how meringue would hold up in the time-travel, so had to stick with eating it straight out of the jar with a spoon. And slathered on bread … but sadly not our bodies. Once again, I ruined my chance of forming a Love-Judd-Cobain throuple. 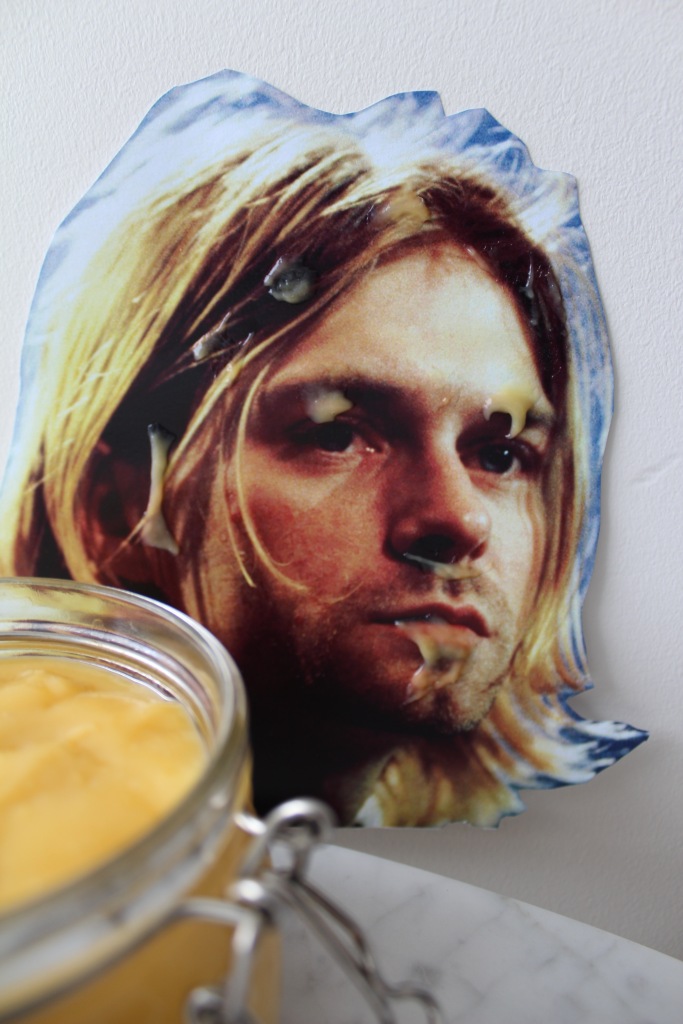 Method
Whisk together, sugar, zest, juice, yolks and salt in a medium saucepan. Place over medium heat and stir constantly until it thickens and can coat the back of a spoon. A couple of minutes.

Remove from heat and add butter, piece by piece, stirring well after each addition until melted, combined, smooth and thickened.

Pour curd through a fine sieve into a jar and cover with cling wrap directly on the top to avoid a skin forming. Refridgerate until cool before devouring.