Oh my god – what a delight it was to see Courts again! I was anxiously waiting at the VIP exit of Brisbane Airport – the one where Schapelle left from! – and ran straight into her arms as soon as I saw her, breaking down in tears from either feuding with a washed up Gladiator or how desperately I missed her.

JK, obvi it was the latter. My feud gives me life.

Now as you know from my time-travel enabled date with Kurt, I’ve known Courtney for years when we were both huge in the Portland gay club scene where I was turning tricks at the time. She realised that I was destined for greatness – well, a different kind of greatness because no judgement – took me under her wing and vowed to make me a star.

While I kept on stumbling, Courts was never disappointed in me and always made me feel loved and appreciated. She truly is the sweetest person, which is why I’m honoured to have introduced her to Kurt.

Anyway I haven’t seen Courts since she toured Australia four years ago, so it was such a treat to see her, reconnect and see whether she believes that Nico and I will ultimately end up together. Well, if things don’t pan out with The Commando, obvi. And if she and Neeks enjoyed their time with Ru and Mish, obvi.

Given the deep love I have for dear Courts, I knew there was only one thing I could make that would do her and our friendship justice. A delicious Courtney Love Cake. 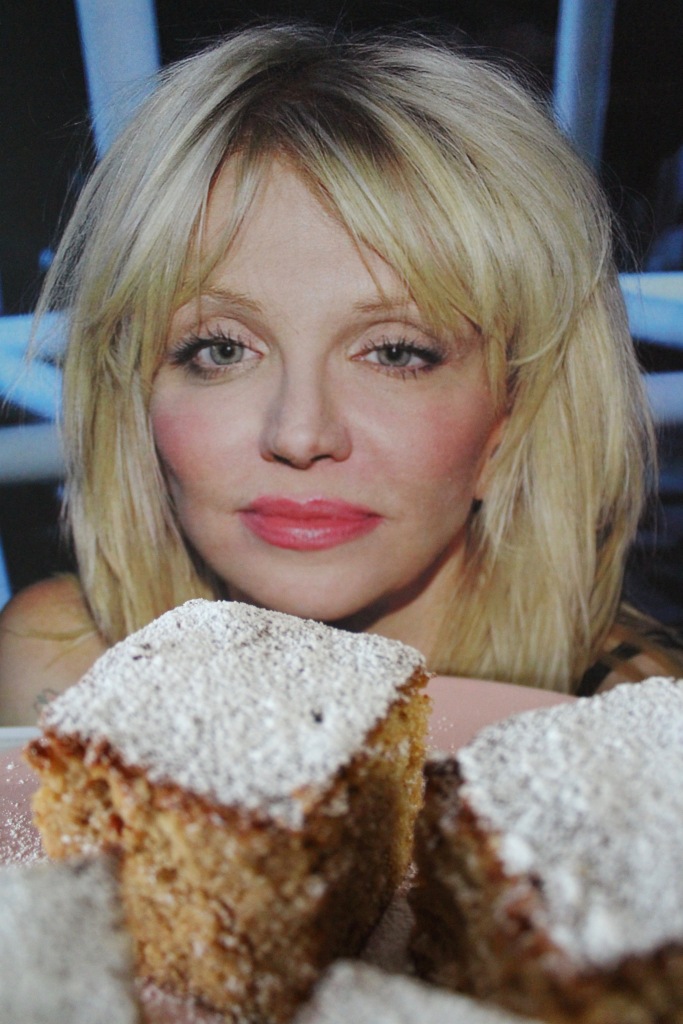 A traditional Sri Lankan celebration cake, the Love Cake is moist, spicy and sweet and is emblematic of all that is good in the world. Like my dear ride-or-die friend.

Blitz the cashews in a food processor until finely chopped. Add the rosewater and spices and blitz again until well combined.

Cream the butter and sugar in the large bowl of a stand mixer until light and fluffy, to the point where they appear to be pulsating. You know the look. Add the yolks one at a time, beating well after each addition before folding through the fragrant cashew mixture, semolina and honey.

Using a clean bowl, beat the egg whites in the stand mixer until stiff peaks form. Fold into the semolina mixture, transfer to the cake tin and bake for an hour, or until firm and cooked through.

Remove from the oven and allow to cool. Before carving, dusting in icing sugar and devouring. With your favourite friend.