Now I know I ran my fucking mouth a bit on Monday, but I was so fucking excited to be seeing me mate Liam and getting things back to how it used to be that I simply couldn’t watch me fucking p’s or q’s.

And let me tell you, that fucking excitement was not misplaced as me and the lad are back to being the best of fucking friends.

I first met Liam in the ‘80s while attending The Barlow Roman Catholic High School together. While I tried to sell stories about him being expelled when he was 16, it was actually an elaborate ruse to cover up my own expulsion and criminal activities at the time. Liam is just a fucking legend and was willing to take the heat for me.

It should come as no surprise that I fucking love the guy.

While our relationship has been volatile at best and I’ve worked to play the brothers off against each other, he accepted me apology and we had the best fucking time catching up on what we’ve been up to.

Even when we refused to join me in reforming Oasis, I didn’t fly off the handle and threaten him and his career. Which is what I’m known for. Instead, I accepted his rational argument that we should keep our relationship as just mates and served him up a big bowl of Mongoliam Gallaghlamb. 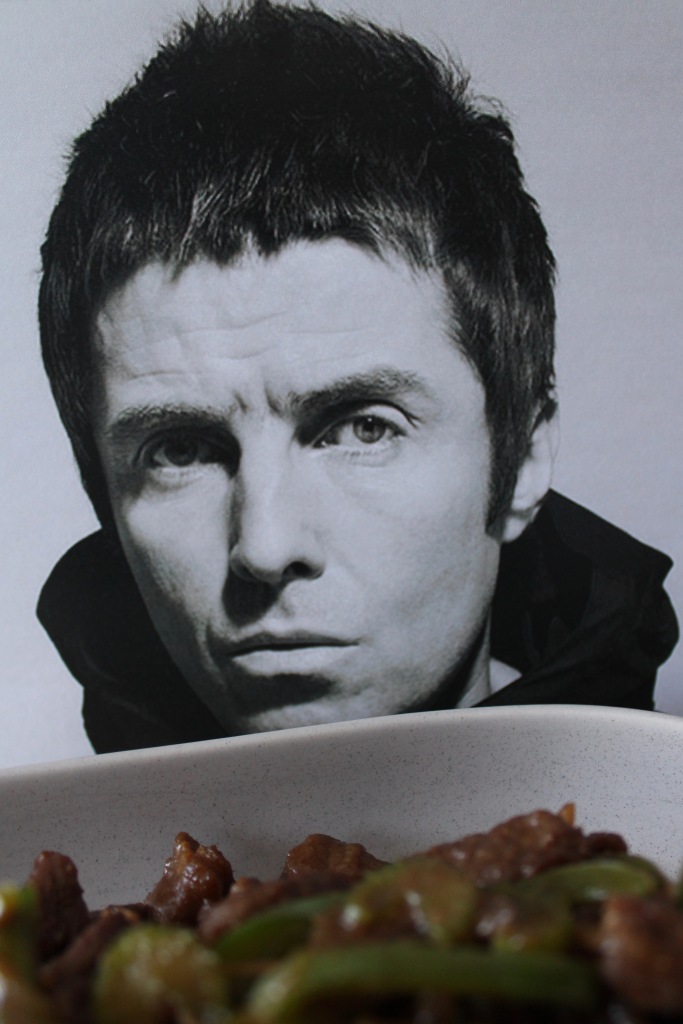 This anglicised Chinese take-away dish has long been a favourite of mine, even before I realised Mongolian Lamb included lamb, which I hated at the time. A little bit sweet, packing the hint of a kick and full of tender meat, is there anything else you could want? 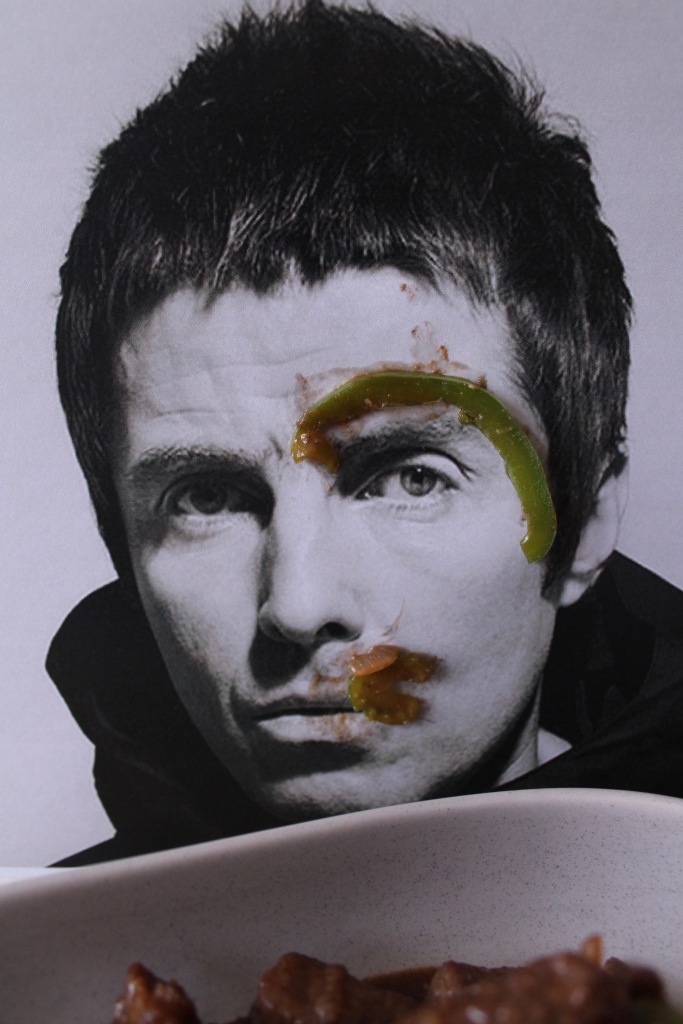 Method
Heat the oil in a wok over high heat and stir-fry the lamb for a couple of minutes or until browned. Transfer to a plate.

Add the onion, capsicum and celery and stir-fry for a minute or so before stirring through the five spice and a good whack of salt and pepper. Add the lamb back into the pan with the soy, Shaoxing, hoisin and black bean sauce, and simmer until reduced.