Previously on Survivor, we were introduced to the 24 castaways including Kat brand rep for Trent Resort, while Conner mistook The Hunger Games for a period piece rather than a film set in the dystopian future and Des offended everyone on his tribe on his way out the door for a cafe latte.

We opened back up after Aganoa’s first tribal council where Kristie decided to channel Abi-Maria and accuse the entire tribe of theft. As yet though, no one is dead to her.

Over on Saanapu aka Kylie and the lessor people, Bianca used her intelligence experience to break down the relationships on the tribe and I think alluded to throwing the challenge. So using Survivor logic, see you later Bianca?

Off topic though, wouldn’t Kylie and Sue be the best possible final two? The answer is yes, even though the question is rhetorical. Back at Aganoa, Kristie continued her play for Australia’s Abi-Maria before El stepped in, comforted her and took her under her wing and worked her way into my heart/dream final three with Sue and Kylie.

When we finally checked in with Vavau where Craig introduced us to Barry – who may or may not have been present in the premiere – and we learnt that like Des they aren’t fans on lattes, preferring flat whites instead.

Also they are still struggling to get fire with flint. Somewhere Becky and Sundra were crying into a pile of used matches.

Back with Kylie’s Krew we discovered that Peter was on struggle street and making a play to be the Osten Taylor of Australian Survivor, before zigging when I thought he would zag and slipping on the rocks like Day 39 Aras.

We then checked in with Jon Jon at the immunity challenge where sadly there was still a decided lack of sexual innuendo. I mean, bring us some balls and Probst-esque smut if you want a hit Ten!

It was a tight fought race but after a major comeback from Lee channeling Boston Rob in Heroes vs Villains and the girls on Vavau channeling Lee playing cricket, Saanapu lost the challenge and wound up at tribal council.

While there was a bit of a misdirect with Petey trying to fall on his sword, we were thankfully treated to our first blindside of the season with Bianca making her way off the island as the second boot.

Poor Bianca was victim of trying to make a move too soon, sadly not utilising the tactical training we both completed while working as intelligence operatives. Did you really think i’d know her any other way?

Binks was crazy upset to be the first one out of her tribe but having a dear old friend like me there to comfort her dulled the pain. Admittedly my Pizza Bianca Anderson probably had a whole lot to do with that. 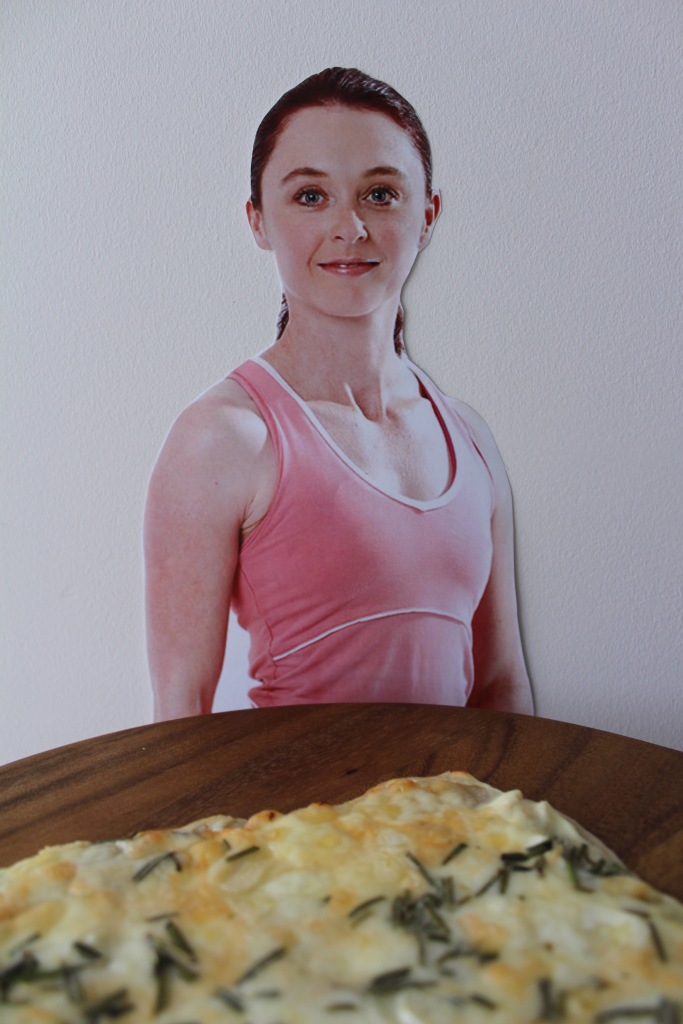 Despite being the perfect definition of biege, this pizza is anything but – the woodiness of the rosemary and sweetness of the onion meld perfectly with the sharp cheeses. So simple, yet so perfect – enjoy!

Prepare the base as per the recipe and then smear it with the ricotta and top with the mozzarella, provolone, parmesan, garlic and rosemary.

Whack it in the oven and bake for 15-20 minutes or until it is golden and molten. Devour quickly to eat your feelings.