Previously on Australian Survivor, the alliance annoyed the shit out of Australia for a couple of weeks before Flick dominated, won back my heart and joined with OG Aganoa to vote out Brooke and bring some drama back to the game. Then, of course, we had a non-elimination episode which brought back the boredom. Oh and apparently Sam enjoyed watching El and Lee fall in love on exile and Matt, Flick and Kristie enjoyed the luxury spa reward, though I legit don’t think that was shown.

Anyway, we opened back at the aforementioned spa where the trio plotted the exile crew’s downfall over bruschetta. Considering I made Brookechetta but a few days ago, I assume they are leftovers.

Matt thankfully made himself disappear, allowing Kristie and Flick to cement their twosome and plot the best way for them to play the middle and snag the win. Honestly, how awful would any of the others be as winners? Exactly.

Over on exile, Sam and Lee were very wet before Lee then grabbed Sam’s butt. I mean I hate them as players, but this is the love story I want to see slash would pay a lot of money to watch on the internet.

Sadly they took a break from forcing El to third wheel and went to the seventeenth straight reward challenge where the exile throuple were completely fine having slept on the sand in the rain, thanks for asking and Kristie felt strange about waking up in a bed.

Thankfully the challenge was a smutty dream, with the castaways split into teams and having to pour coconut water into each other’s mouth and spit it into a jar. As you’d expect, Sam was able to fill Lee’s hungry mouth, time and time again, with him never wasting a drop of Sam’s sweet nectar … securing them and El an advantage at the next immunity challenge.

The tribe returned to camp where Lee and El started talking about their relationship, breaking both my and Sam’s heart in the process. I’m obviously not bitter but El is dead to me. I just can’t. Not even. No.

While they were off canoodling, Matt decided to make himself useful and spoke to Sam about voting out one of the duo. Which if Sam is as jealous as I am, and we know he is, he will. After the Bachelor segment ended, we checked in with Kristie who was confused and anxious about who to go with, without realising she would beat anyone left at final tribal. She then broke down and got the pep talk Lee gives me in my dreams. Flick then channelled Kylie by spilling all the goss to El and Lee, however unlike Kylie, Flick was using this as leverage rather being a pawn.

Again, she or Kristie need to win.

We then dropped by the immunity challenge where the castaways had to balance on a triangle in the ocean, with Sam and the lovers getting to start the challenge ten minutes later after winning reward. After a lengthy battle – well, excluding Queen Flick – Lee was able to outlast his ex-boyfriend and current squeeze to win immunity.

They returned to camp where Matt continued to display a lack of awareness but at least knew to target El, Sam continued to quietly follow Matt’s lead – I assume trying to process what exactly the plan was. Meanwhile Lee and El plotted to split the vote with the girls to get out Sam, while the girls then tried to weigh up which was their best option. Kristie and Lee then went for one of their delightful odd couple discussions, where she threw Flick and Matt under the bus, spooking Lee and causing him to – can it truly be – play the game a little bit.

Lee then ran to El, who ran to Flick confusing me as they headed off to tribal where Brooke was looking well pissed from the jury. Matt then opened up tribal giving JoJo a rundown of the schedule for the rest of the game before El stepped up and announced that she would be voting for Sam, who then briefly touched on the fact he had finally started to do what he voted that villainous Nick out of the game for.

After a lengthy back and forth, Lee finally realised he still had his advantage and blocked Sam’s vote – once and for all ending their romance – before the girls ultimately stuck with Leel / Ellee and sent Sam out of the game.

While I question whether Sam had any idea about the game he was playing, we are actually close friends in the real world … where I obviously take advantage of his good nature and skim money from his charity.

The one upside of him not have a great understanding of Survivor, is that he arrived at the Jury Villa with a positive mood. So positive I wasn’t sure if he understood that he had been voted out. Thankfully I had a fresh Ham Webb & Pineapple Pizza on hand for us to devour while I explained to him that he was no longer in the competition. 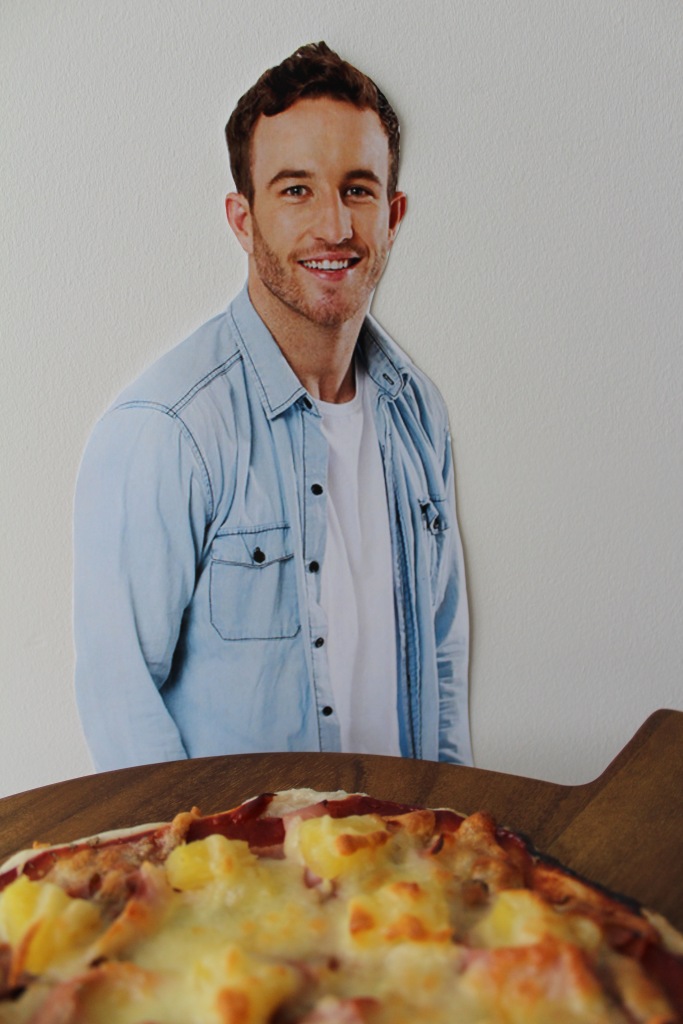 You may draw conclusions from the fact that I’ve made Sam a pizza that is usually the favourite of children and his intelligence in the game – but we are friends, so I won’t make that inference … just leave you to make it.

At the end of the day though, ham and pineapple pizza is pretty damn amazing, particularly with the addition of chilli. If this is what you get for being dim, sign me up for a lobotomy. 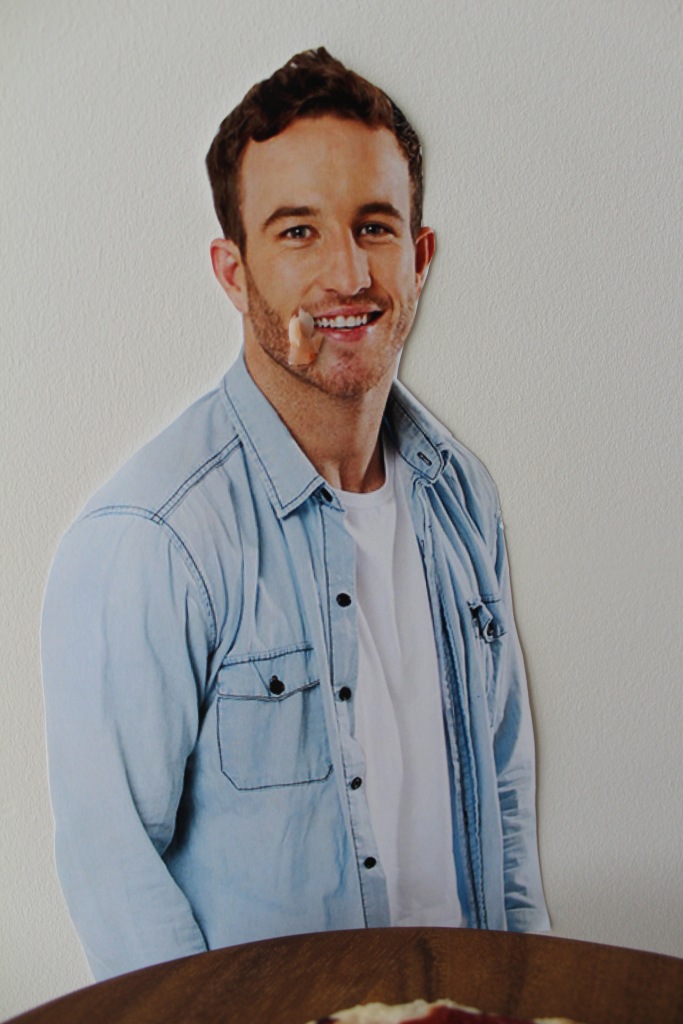 Heat a skillet over high heat and fry the pineapple rings on both sides until caramelised, a couple of minutes maximum. Remove from heat and roughly chop up into caramelised chunks of wonder.

Prepare the base as per the Zsa Zsa recipe, sprinkle over the chilli flakes and top generously with the ham and pineapple. Sprinkle over the cheese and bake for 15-20 minutes or until it is golden and molten. Devour quickly to eat your feelings.