While Adam was a little bit offended that I called him a diva earlier in (which kind of proves my point, no?), there is nothing more unifying than joint anger. And thankfully we were both enraged and disheartened to find out that neither of us had won – let alone been nominated for – Australian of the Year.

I mean, sure neither of us are scientists that have made massive contributions to society, but Coyote Ugly is a modern classic and this blog is giving the under-connected a glimpse at life on the A-list. I don’t think the Australian of the Year committee are fully appreciating our value.

Anyway, we are both insanely offended, which meant the committee distracted Ads from my shade and we were able to celebrate ourselves – because evidently no one else was – and our country – who evidently hates us – like it were the good old days.

Not that I’m bitter though, or anything.

Ads and I haven’t seen each other in about a year, after he had to pull out of the stage production of Singin’ in the Rain due to a leg injury. I took over the role – at his request FYI, this isn’t a Showgirls situation – and our friendship had to play out over Skype only, while talking smack about our annoying co-stars.

After quickly reconnecting – sadly not physically, now that he is married – I got to work whipping up something delicious for our catch up. Given my love of his pillowy buns and the need to make something horrifically Australian, I just couldn’t go past a simple, classic Adamper Garcia. 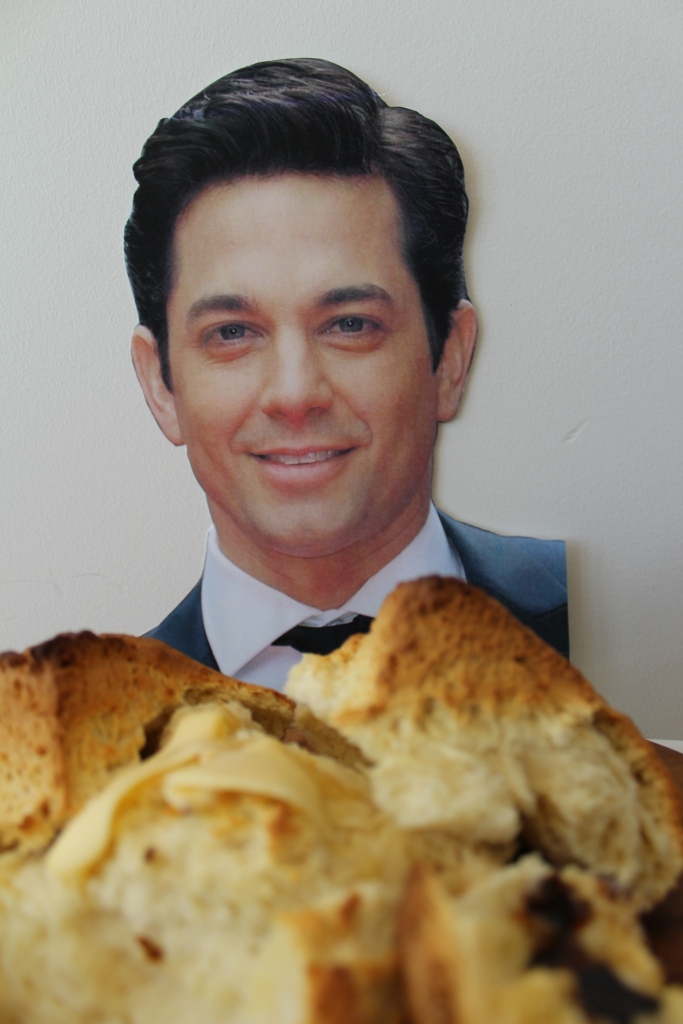 Make no mistake, damper may be simply but it is insane delicious … though maybe that has a lot to do with the fact that they are essentially a giant scone. Doughy and salty, it is the perfect thing to sop up some butter and honey or golden syrup.

So yes Latrice, damper is essentially a biscuit – enjoy! 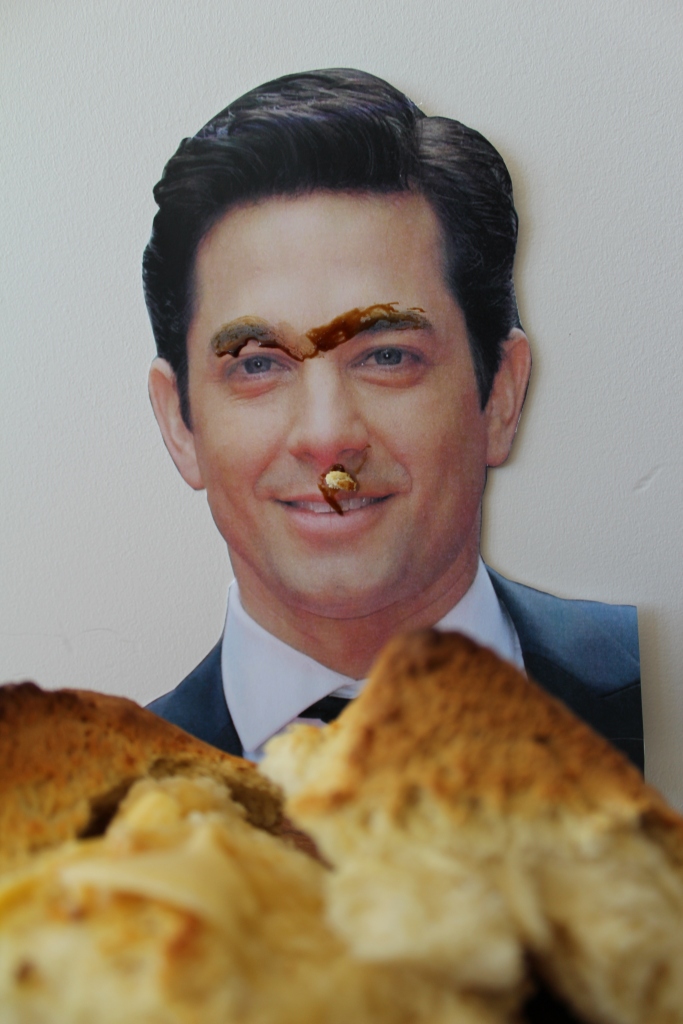 Combine the flour, baking powder and salt in a bowl together. Add the cubed butter and rub together with your fingertips until it resembles wet sand / breadcrumbs – Adam and I made it look like a culinary version of Ghost and it was amazing.

Pour in the water and use a knife to cut across the mixture until it is all combined, adding extra if it appears dry.

Bring the dough together with your hands and shape into a large cob-esque loaf. Place on a lined baking sheet, cut a deep cross into the dough and bake in the oven for half an hour, or until golden and cooked through.

Transfer to a wire rack and allow to cool slightly, before slathering in butter and your chosen condiments and devouring.