Previously on America’s Next Top Model, following Maggie’s outster the top 14 were given Ty-overs to find their signature looks. Which in the case of Coura, was just her look, meaning she got bupkis. Liz continued to act crazy, Coura and Rhiyan were boring and poor Ivana was eliminated at panel by her inner sabotuer.

Back at the house Brendi K and Liberty debriefed about Liz’s offensive comments about Brendi K’s family backstage, while Liz tried to rationalise her behaviour to Christina. Christina, to her credit, told her it wasn’t appropriate, to put her in Brendi K’s shoes and to apologise. To Liz’s credit, she then went and apologised, and while Brendi said there was no ill will between them, there still totally was.

Their almost-apology was cut short by the arrival of the scripts for this week’s screen test challenge, which Tyra rudely announced off-screen after panel. The girls then split up into groups to rehearse, where Rhiyan was already on struggle street.

The next day, the girls arrived at the studio where MVP Stacey McKenzie was waiting to coach them through filming. After being introduced to their director Anthony Hemingway and co-star Kevin Phillips, the girls learnt that the winner would earn a role in their upcoming TV show. Liz and Rhiyan struggled big time, making Khrystyana even more of a breath of fresh air when she arrived and knocked it out of the park. Erin, Brendi K and Sandra highlighted just how thirsty someone can get after being locked away from people, before Coura arrived and made Liz look good. Jeana, Christina and Liberty also struggled, only for Shanice to wrap things up, change up the script and kill the challenge. Sadly for her though, Khrystyana took out the challenge … which thankfully, did not sit well with Shanice.

Back at the house, Liz was starting to breakdown after being called out for her overwhelming personality. Which is fast becoming a thing. Thankfully before it was escalated further, Tyra-mail arrived teasing the girls spooky photoshoot the next day. Thinking it was time for a nighttime montage, I was surprised to find Rhiyan also having a breakdown in the spa talking to Rio and Kyla about her need to lose weight. Rio then won my heart even more, giving her a pep talk and talking about her concern that she has body dysmorphia.

The next day Liz was still in tears after Shanice refused to let her push in front in the showers, which thankfully was cut off again. This time with the girls leaving for their hellish photoshoot at a haunted house. Sandra bumbled her was through the shoot, Khrystyana slayed again, Rhiyan was a bit too dead, Christina brought it like she was Kirsten Dunst, Rio, as always, killed it, and Brendi K and Jeana did well but that is based of five seconds a piece. Shanice tried to bring more of herself to the shoot, Liberty looked well and Erin survived an outfit designed to kill her.

Liz spent her time backstage complaining about being bullied by the girls, before ultimately pulling out a strong performance in front of the camera. On the flipside, Coura struggled. Badly. And she knew it, fearing she would be the next to go.

That night the drama continued after Liz was awoken by the other girls just after midnight. And while she didn’t really ask them in the best way, this is the first time her rage truly was justified. Despite Khrystyana trying to comfort her after Shanice yelled at her, she packed up her things and left for the night.

She reappeared the next day for panel before the other girls, where she was met with Tyra. They then spoke about Liz’s love for the competition however she said that the house wasn’t good for her mental health … and she was quitting the competition.

It was heartbreaking to see her so emotional when my girl Liz found me even further backstage, but after a Liz Bluedbury Peach Mojito or ten, everything started to feel better. 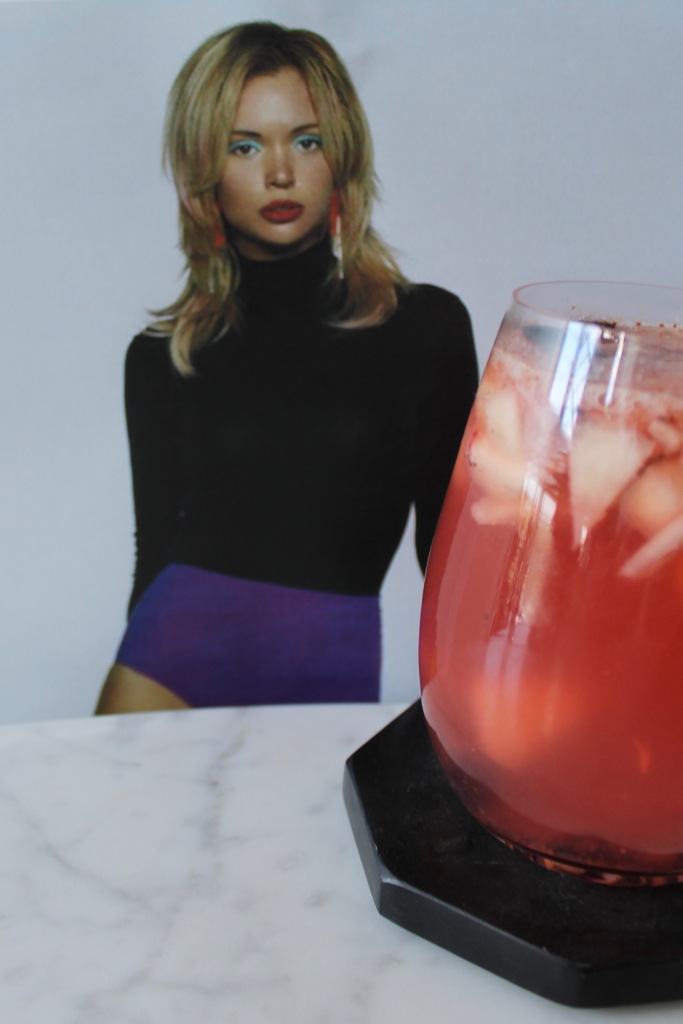 Sweet, spicy and bitter all at once, this mojito can cure everything that ails you. I mean, blueberry, rum and the peach from Call Me By Your Name – which is eaten in canon, FYI – this drink is damned near perfection. 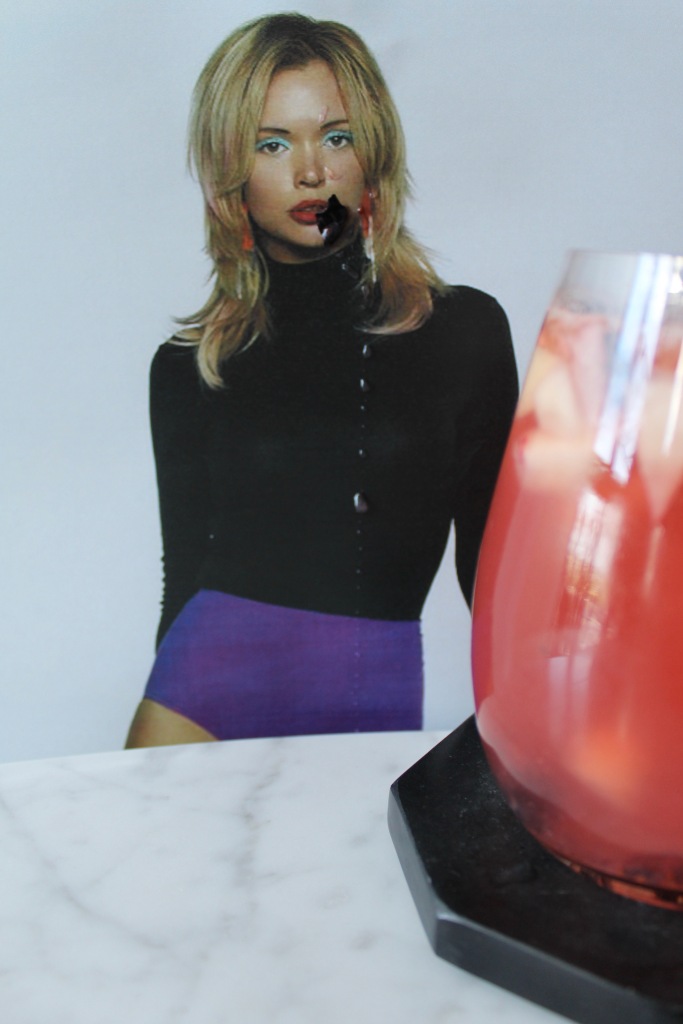 Method
Place blueberries and mint in a cocktail shaker, and muddle with the lime juice.

Add the rum, peach and ice, and shake with vigour.

Pour into a glass, top with tonic, a dash of quitter’s bitters and a wedge of lime … then guzzle down.