While I know this may shock a lot of you but Michael Flatley is the best Irish dancer in the world (Sharon Strzelecki is a character and therefore ineligible).

As you know, Flats broke all of his bones or something – surprisingly I wasn’t involved in anything to cause it – and had to hang up the dancing shoes.

I want to call them clogs, I know they aren’t clogs, but I so desperately want them to be clogs. Could you imagine an Irish dance with people wearing clogs – majestic! Like Bootmen, but less boges.

With Flats off his feet, I decided to reach out and surprisingly he took my call despite the years of smearing his name and character in the tabloids.

(And Heather Mills thought she had bad press).

Anyway, Flats said he only took my call as retirement was making him feel nostalgic for the good old days – when hair was big, we were friends and the dance fiery.

It took a while to warm Flats up to me again but it is always hard to ignore my epic, extended apologies … particularly when they involve dance and end with it raining Michael Flatley Bread. 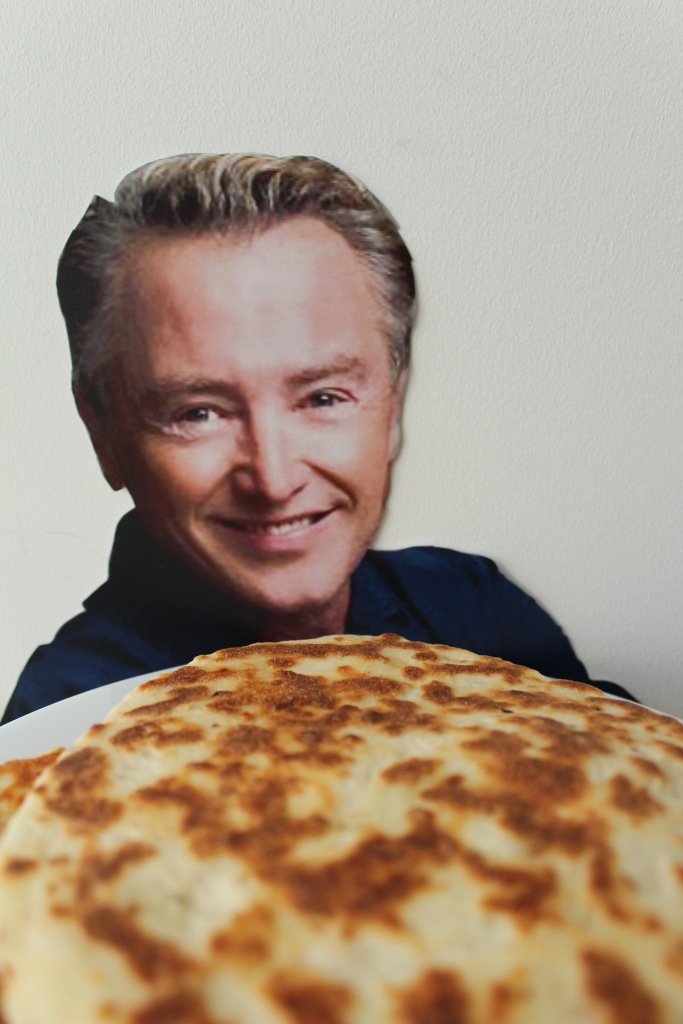 Like our relationship once was, these breads are warm, soft, spicy and comforting. It is bread, need I say anything more? Delicious!

Method
Mix all the ingredients together in a bowl with a good pinch of salt.

When it comes together, remove to a floured surface and knead for a couple of minutes. Divide the dough into eight pieces and roll into 2mm thick circles.

Place a skillet over medium heat, brush with olive oil and cook each for 2-3 minutes, turning once or until they are golden and crisp. Devour … alone with something. But what ..?

After years spent lording the dance world with Toni Basil, Nigel & BonBon *spoiler alert* Lythgoe, Candis Cayne,  and Ms. Abdul, I got wind that the ‘94 Eurovision was looking to host a dance break during the show.

Assuming – as a past Eurovision contestant/songwriter – that I would get the job, I travelled over and was shocked to find Michael Flatley on the floor in my place.

Obviously I flew into a jealous rage, obviously I tried to call in a bomb threat (the police knew I was a serial pest and ignored the obviously fake calls) to stop the performance and obviously I feuded with Flatley for over two decades.

But then I heard that he was having bone issues last year and reached out to make amends, now that he wasn’t a threat to my dance dynasty.

What says sorry for the years of bitterness I’ve thrown your way?