After kicking the 12 days of Festivus off on a joyous note with the divine Jason Alexander and then being brought back down to earth when checking in with the deceased Susan Ross’ portrayer Heids, I opted to whip out the time machine and check in with my dearly-departed pal Barney Martin.

While he was technically the second man to play Jerry’s dad, Barns will forever be the Morty in my heart.

I first met Barney on the set of The Golden Girls in the ‘80s and we became the fastest of friends, which led to me putting his name forward when they needed to recast Morts. I also got him cast on Full House with Cand as a gag.

As is oft the case when venturing back to hang with friends that have past, it was both uplifting and melancholic. Though it was exciting to pop on our best Morty Floridian shirts, have a laugh and enjoy a very, very festive Barney Marnhattan. 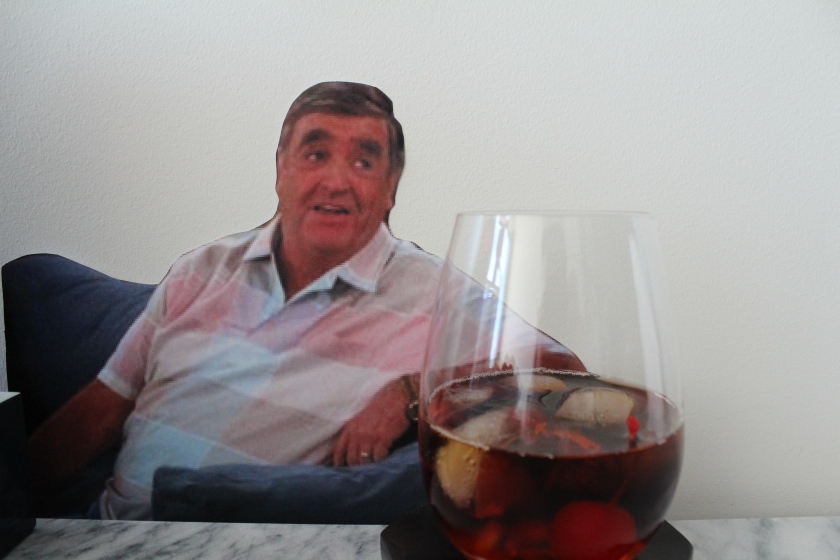 As my rapidly bloating liver can attest, 90% of Christmas is drinking so I couldn’t go past adding another festively flavour tipple on the menu. But seriously, how can you go wrong with the sticky sweet cherry and some bitters.

You can’t, so enjoy!

Method
Fill a glass with ice.

Pour over the bourbon, vermouth and bitters.