Let’s be honest, there are only four stars of Seinfeld so not every day of our Festivus celebrations can be filled with the iconic portrayers of TV’s erstwhile George, Kramer, Elaine and Jerry. That being said, the character of Susan and her death by out-of-date envelopes is truly iconic and more than earns Heidi Swedberg a trip to Brisbane to help my par-tay.

Plus, as is always the case, she is one of my dearest friends.

I first met Heid in the late ‘80s when she guested on an episode of Matlock. I was Andy Griffith’s stand-in – as we were both older gentleman, at heart – so spent a lot of time with the bit-players. The bond with Heidi was semi-instant and we kept in contact in the years that followed.

When Jase reached out about finding someone to play his love interest on the show, I thought she would be perfect for the role and would fit in well with the cast. While I was completely wrong about the last part, her death storyline was both hilarious and a cautionary tale for those, like me, that hoard Christmas cards year-on-year for later use.

While Heidi up on a life in Hollywood, she was thrilled to come out of hiding to celebrate Susan and Festivus. On the strict proviso that it was a date with only me, and that I’d be serving up my delightful Speidi Swedberg nuts. 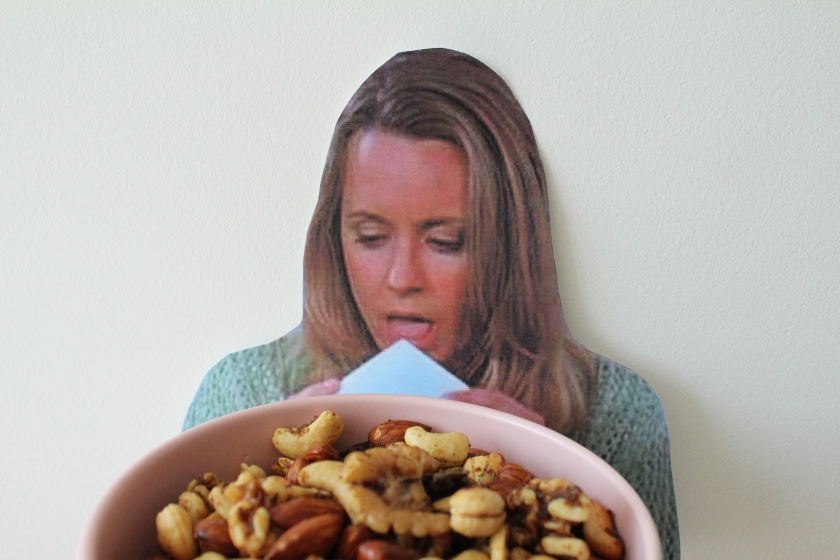 Sweet, festively spiced and packing a little heat, these little babies are the perfect accompaniment for a festive date. Or for getting rid of the taste of rotten envelope glue. 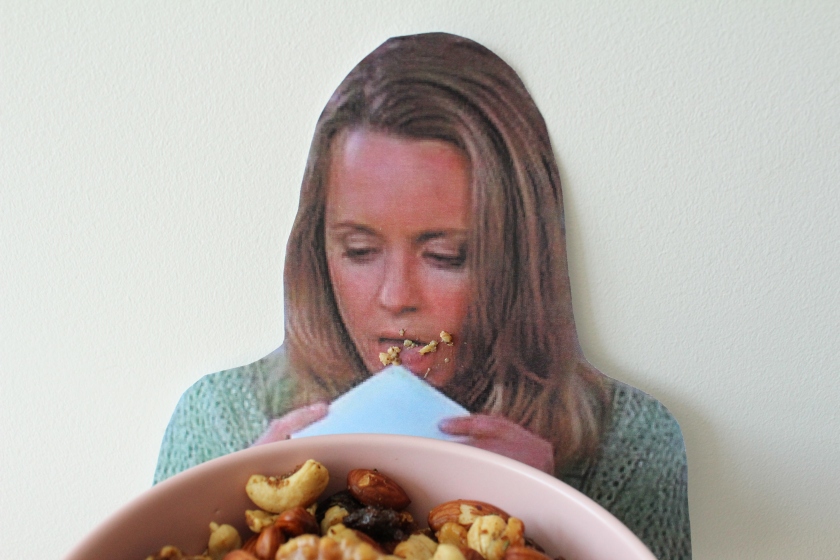 Chuck the nuts, pepitas and sunflower seeds in the pan and toss with a wooden spoon for about five minutes. Add the spices and toss to coat. Then add the oil, sugar and rosemary, toss to coat and cook until golden and fragrant.

Transfer them to the lined baking sheet, sprinkle with salt and leave to to cool completely. Toss through the craisins and decant into bowls to serve immediately or a sterilised jar.