Previously on Survivor, seventeen castaways got the chop leaving Hannah and Ken to face the jury with Adam who managed to snag all ten votes and snatch the crown – sorry, wrong show – claim the title of sole survivor.

While I am very defensive and proud of Hannah’s game, Adam’s was better and he joined the ranks of the Sandra Diaz-Twine Winner’s Circle – aside, how fucking amazing is it that Sandra is coming back for her third title? – after playing an adaptable game, ensuring he was never the biggest threat and that he stepped back from being in control when necessary.

It was a low-key dominant game and like Kristie in Australian Survivor, shows that 16 years watching the – at the risk of sounding like Fishbach and his echo, Zeke – evolution of the game prepared him to expect the unexpected and keep open to anything.

My only real criticism is his propensity to scream his confessionals, which scared me. But I mean, that should have only cost him three jury votes max.

As we are such close friends – we met when he was Regional Director for the Students for Barack Obama campaign in 2008 … as I was working in the Obama campaign, as you know – I told him that, he apologise profusely and I deemed that he was still worthy for his celebratory Adamaretto Klein Sour.

Sadly for Adam his victory ended on a bittersweet note with his dear mother, and fellow Survivor super-fan, passing away an hour after his return. If you’d like to hear more about her story and support Adam’s efforts to raise money for cancer research visit Stand Up to Cancer … or if you like a reward for your good deeds, Planet Buff.

Then toast to a game well won and life well lived – enjoy! 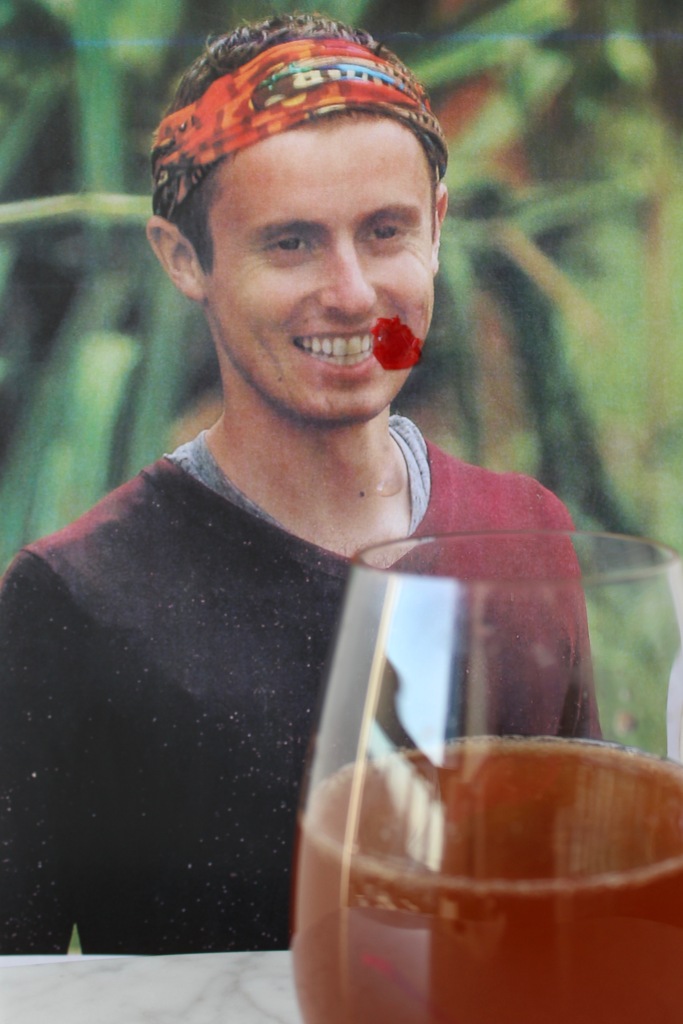 Method
Combine the liquids in a glass over ice. Drizzle. Garnish. Down.