Can you believe we have made it to the end of our decade of saying so celebrations? I know that my enthusiasm for the masterpiece will help foster a cult-like love for the film and therefore, this won’t be the single last instance of someone celebrating the classic … but can you believe this beautiful soiree is over?

Almost as tragic as every episode of my dear friend Mandy Moore’s new show, who coincidentally is the final piece of the celebratory puzzle.

Mand is one of my top ten best friends now (and second favourite Mandy, behind Patinkin), but our relationship got off to an extremely rocky start due to our status as rival pop divas. While it never got as bad as things between Ashlee Simpson and I – you know I sabotaged her SNL appearance – she did steal two songs that I had rejected and made them hits AND had a song about pockets against Alanis and my will, meaning it was quite frosty between us.

Thankfully we connected on the set of The Princess Diaries over a mutual hate of my completely insufferable frenemy Anne Hathaway. I’ve said it a thousand times, mutual hate really unites people – I mean, just look at Trump uniting communities against him.

Anyway, Mandy has finally found herself a on successful TV show – which bagged her a Golden Globe nomination to boot – so has been super hard to pin down for a catch up but when I told her it was to celebrate the gem that is Because I Said So, she agreed to take a brief production hiatus on This Is Us and head on over to split some Many S’mores with me. 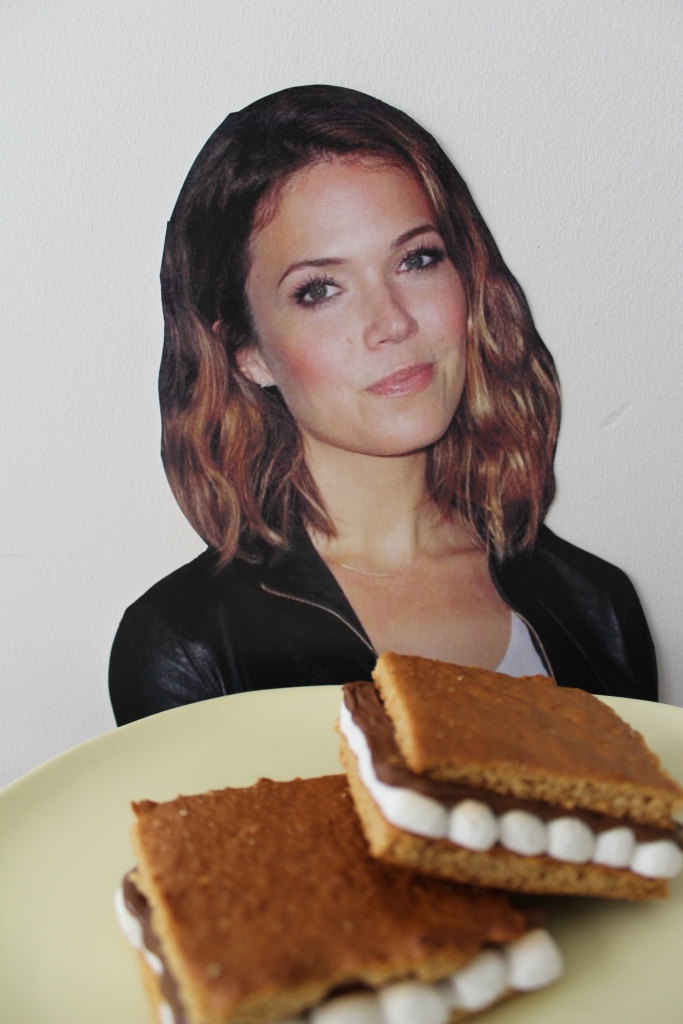 Being Australian, I didn’t grow up knowing the wonder of devouring a s’more. Deep down I think I always knew that life was missing something and that that something was a s’more, but it wasn’t until I had a deconstructed one for dessert at Saxon + Parole that I truly understood how futile my life had been until that point.

Knowing Mands would love me to make her a camping from s’more experience – YAS YAS YAS smoking liquid – I popped in the time machine and made some to accompany our Hathahate.

And she loved them, obviously – enjoy!

Method
Preheat a grill (aka a broiler) on medium heat.

Place under the grill until golden and gooey.

Top each with half a chocolate bar and a remaining biscuit.