First connecting with Alanis in the early 90s truly was like winning the lottery, thankfully sans dying the next day.

It should really come as no surprise that I’m a dear friend of Dave Coulier – who I really should see sometime soon – after the extended period of time Annelie and I spent on the set of Full House.

Dave was dating Alanis at the time and introduced us to her, knowing that our musical ability would be a real help to her then fledgeling career. While they broke up soon after, we continued to work with Alanis and birthed her opus, Jagged Little Pill.

Fun fact, we even co-wrote You Oughta Know about Dave.

While there was a period of ugliness after she started dating the man who should have rightfully been mine, Ryan Reynolds, we found our way back together after they ended their engagement and have been close ever since. And before you even try to speculate, the police have never been able to prove I was involved in the stalking and threats that lead to their break-up.

Aside from helping me celebrate the milestone, Alanis wanted to drop by as she needed to reconnect with her muse – me – to help produce her next album. While I have been really busy, I knew that taking the time to reconnect was all that we would need to start the journey to create more beautiful music together.

Despite orecchiette making me feel like I’m sitting down to a meal with Mike Tyson or Van Gogh, there is a certain something about the texture of these babies that elevate them from a conchiglie. Obviously this is me being crazy, maybe it is the sauce – the spiced sausage, chilli, mustard, peppers and basil cut through the creamy wine sauce to give you a comforting meal that packs a punch. 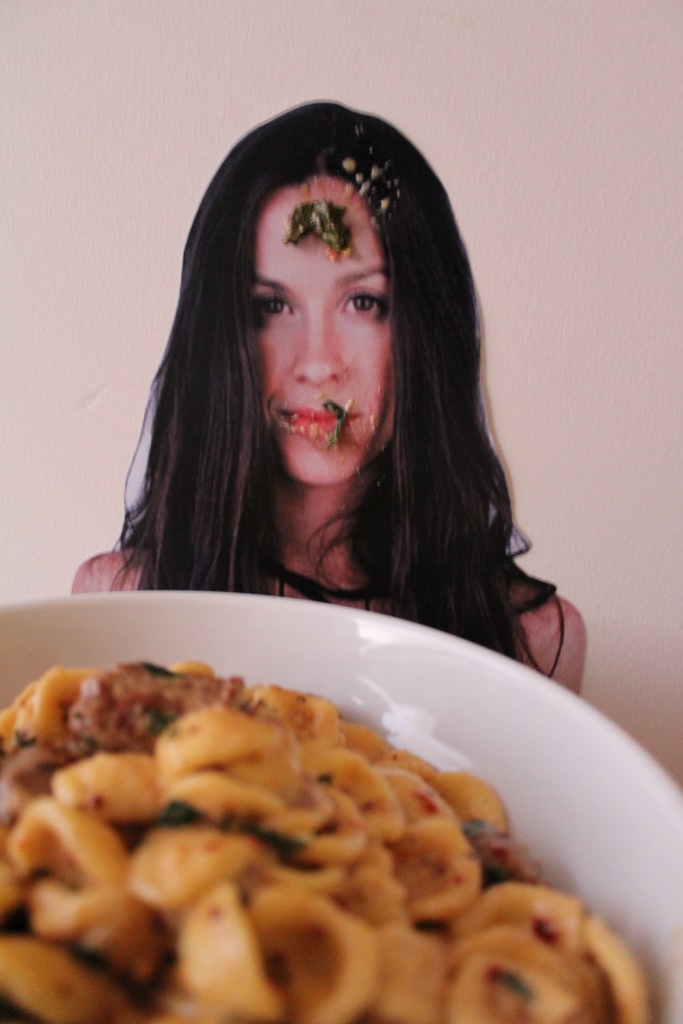 Method
Cook the paste in a large pot of salted water, as per packet instructions.

Heat a large pan over medium heat and fry the sausage, stirring, until browned, about five minutes. Add the garlic and cook for a further minute.