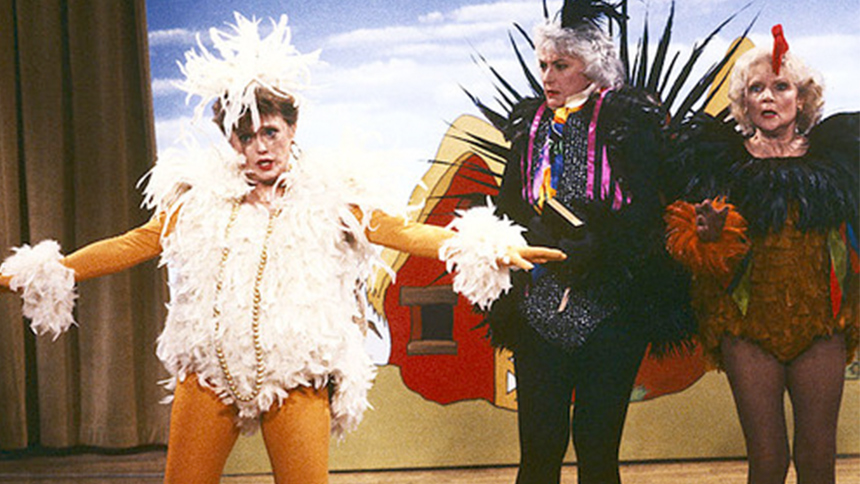 While it feels like only a couple of days since we finished up celebrating Ab Fab’s 25th Birthday – because it was – we’re doubling down in honour of Thanksgiving.

Yep – we’re throwing a party and inviting everyone we (care to) know. And they will see, the biggest gift will be from me and the place-card attached will say … I give thanks for being a friend.

That’s right, I’m pulling the time machine out of storage – again in Bea’s case – packing up my resort wear and travelling down the road and back again to celebrate Thanksgiving on the lanai with The Golden Girls.

Controversially, cheesecake is not included. Though I promise, it is a Thanksgiving not to be missed.

I mean, it’s THE Golden Girls for f&^ksakes.