After catching up with a member of the Marvel Cinematic Universe a couple of days ago – in the form of Az, who I saw in between Rach and Nay, obvi – I decided to reach out to another person that ticked both the superhero and Golden Globe winner boxes … in the form of my dearest friend Idris Elba.

I first met Ids in the mid-90s when he guested on Ab Fab. While I was taken by his talent and beauty, my alcoholism made him a distant memory. Flash forward six years and my dear friend Anna Paquin ‘introduced’ us on the set of Buffalo Soldiers. I had no idea that we had already met, until I started having flashes of memories which culminated in me realising that he is the one that dropped me in to rehab and saved my life.

Upon realising the truth, I ran into his arms and thanked him for believing in me. It was all super heavy and lovely, so I broke up the moment by propositioning him and putting me on a repayment plan.

While this made him wonder whether I’d replaced one addiction with another, I explained that my genuine thanks terrified me and was simply acting out. He bought it, and we’ve been the best of friends ever since.

It was so delightful to spend the afternoon with him, discussing where we want 2018 to take us – Ids gets me getting deep – before we buckled in to run the odds of the remaining TV categories. Obviously we both agree that it goes without saying that my part-time love Skarsy is a lock for Supporting Actor and Big Little Lies will take out Best Miniseries and The Handmaid’s Tale will take Best Drama. That is where our opinions started to differ – he thinks Ewan will win Best Actor in a Miniseries, while I think Kyle MacLachlan will be a spoil. He thinks Kevin Bacon will win Best Actor in a Comedy while I feel this is definitely my boy Aziz’s year, while Ids thinks Sterling K. Brown will take out Drama while I think Freddie Highmore will be a surprise.

Such an exhausting catch-up, both emotionally and mentally – predicting how the HFPA will vote is hard you guys – calls for something to sweeten the deal. And there is nothing sweeter than my Peach Idris Melba.

Summer is the time for stone fruits AND peaches resemble butts, so I knew there was no better way to honour my friend. Plus – sweet peaches and creamy ice-cream slathered with tart raspberry coulis and dusted with toasted almond flakes. Name something that sounds bad? 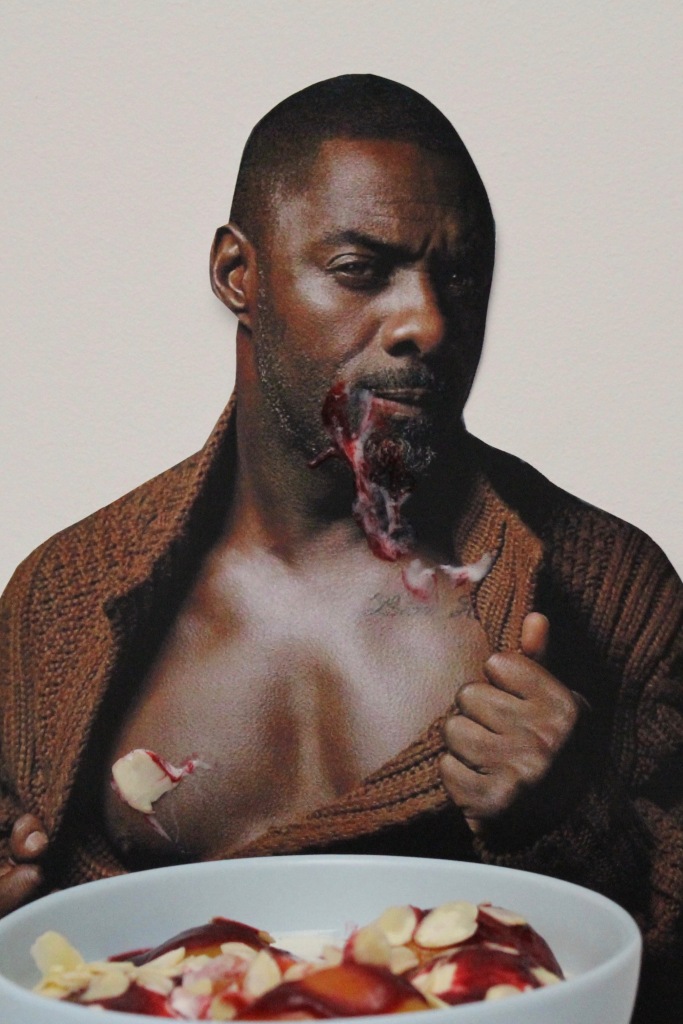 Method
Combine the water, sugar,vanilla and lemon juice over low heat until the sugar dissolves, Bring to the boil and cook, stirring occasionally, for five minutes. Reduce heat to low and submerge the peach halves and poach for a few minutes, or until tender yet retaining their shape.

When the peaches are ready to go, which I assume is being ‘melba’d,’ transfer to a bowl and chill for about ten minutes.

To serve, place a few heaps on ice cream in a bowl with the peaches before topping with Raspberry Coulis and sprinkling with almond flakes … before devouring.