Previously on Survivor the David tribe continued to face setback after setback, losing Pat in a freak accident before casting Jessica aside after losing the second immunity challenge. Things looked like they were starting to look up after they won the third immunity challenge, however their only physical asset Bi injured her MCL and as such, that will probably be their only one. Meanwhile over at the Goliaths, Natalie continued to rub people the wrong way until Angelina decided that getting rid of Jeremy was the more pressing issue and convinced everyone to get rid of him instead.

We forwent any camp action and instead returned to see Jeff for the latest challenge where the Davids were shocked to discover that Jeremy went. No sooner than everyone reacted to said news, Bi announced that due to her injury, as an athlete, she needs to leave the game to recover.

This made Angelina emotional for Bi being pushed to the point where she had to make that decision and they all gave up so much to play the game. She wished everyone well, was saddened to be leaving her motley crew and bam, Jeff sent her to the shore to wait for a boat to get the hell out of there.

She eventually arrived at Loser Lodge after lingering by the shore, disappointed about her injury but ultimately happy with the decision that she made. Despite shady lady Jeffy Pop branding it a quit, rather than a medevac or at the very least a medequit, I avoided going on a tirade – because he will always be BAE – by whipping out some freshly fried Biffalo Nguchicken Burgers. 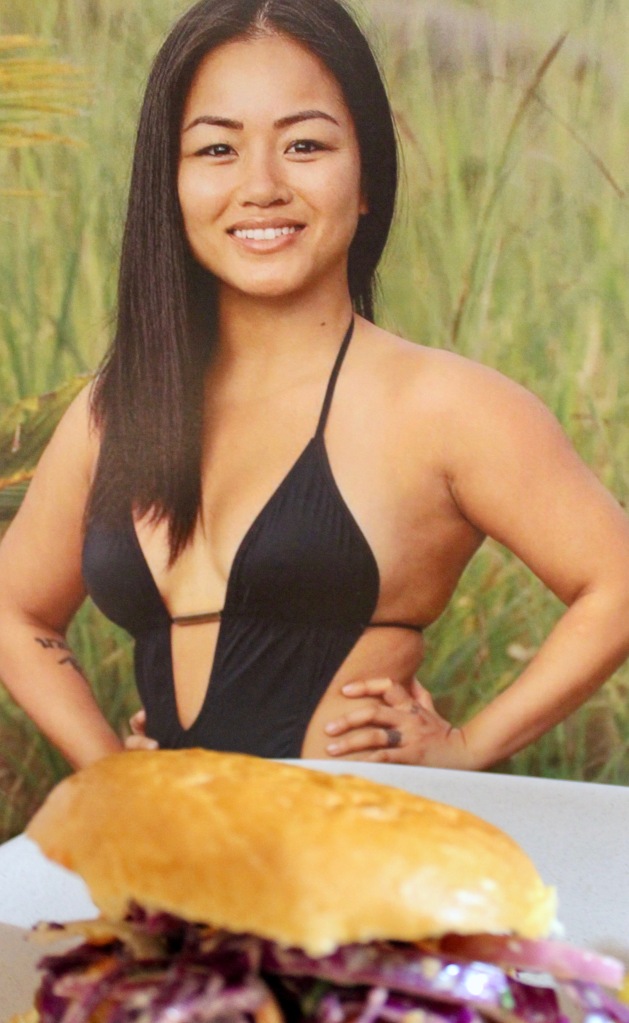 Burgers are delicious and buffalo chicken flavoured anything is delicious, so it stands to reason that buffalo chicken burgers would be delicious. Which they are, based on the speed Bi and I forgot about her busted knee while smashing them.

Method
Cook the buns, chicken and slaw as per their respective ingredients.

Place the hot sauce and butter in a saucepan and cook, stirring, until well combined.

To assemble, slice and toast the buns. Place a heaping of slaw on the base, top with fried chicken, a crumbling of blue cheese and drizzle in sauce.