Now I know Kimmy Schmidt only has four main cast members, but I couldn’t go past honouring one of the wider ensemble members before the show comes to an end. While Amy Sedaris is still someone I need to catch-up with ASAP, it is Dylan Gelula who I felt deserved a date given Xanthippe’s relationship with Kimmy provided me with so much joy when it first started.

I first met Dylan on the set of Jennifer Falls where I was working as Jessica Walter’s self-appointed bodyguard – I couldn’t trust Jeffrey Tambor not to appear and verbally assault her – but was taken by the young upstart’s talent. And ability to hold her own against Jess and the equally iconic Jaime Pressly.

When Tina first brought Unbreakable to me, she was hoping I would play Xanthippe – then named Benthippe – though I was too busy making bad choices and made a bad choice for my career. And a great choice creatively, suggesting she gender flip the role and cast Dyl.

I haven’t seen Dylan since filming the earlier seasons, so it was a treat to look back on how far she has come and for me to bait her into thanking me for giving her the big break. Thankfully she was a sweetie and before I had even mentioned that I would be serving a big plate of Quesadylan Chipotlula Chicken, she was talking about how wonderful my support has been. 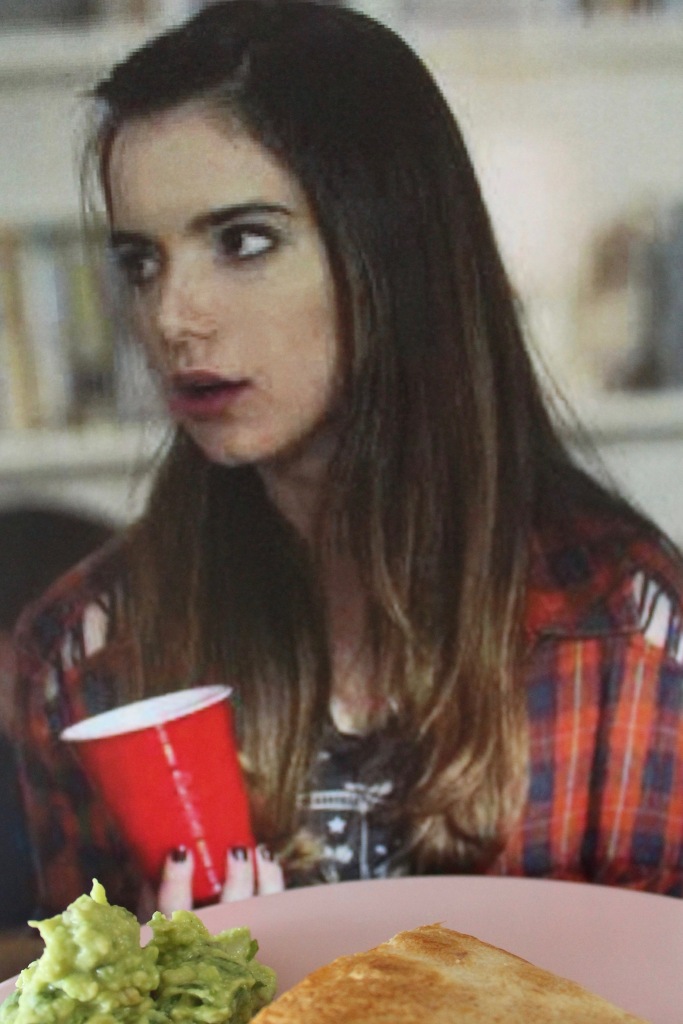 You know I love my chilli to liquify my insides and given me the hiccups and the table, and these babies don’t fail. Piping hot, smokey and a little bit sweet, they’re the perfect food to honour the fire she brought to the role.

Method
Heat a lug of oil in a skillet over medium heat and sweat the onions for five minutes, or until tender. Add the garlic and cook for a further minute, or until fragrant. Quickly add the chipotle in adobo, tomatoes and sugar with a pinch of salt and pepper and bring to a simmer. Reduce heat to low and stir through the chicken until heated through.

To assemble, sprinkle cheese on a half of each tortilla – in a half-moon, ya dig? Split the chicken amongst the tortillas and spread to cover the cheese. Sprinkle with the remaining cheese and fold the tortillas closed to form semi-circles. Press firmly and transfer to a lined baking sheet.

Place in the oven to bake for fifteen minutes, or until golden and crisp. Cut into wedges and serve piping hot with guac, sour cream and a fresh squeeze of lime juice.