I mean, it sucks that Teens and Al are too busy to drop by and help us celebrate … but as long as we get to celebrate with the wild, entertaining, King and Queen of Crazy, everything will be right with the world.

We haven’t been able to spend as much time together as we’d like since his tragic accident in 2014, with the focus being on him getting better. I mean sure, I dropped in monthly to assist with his rehab and to help him on his way but being able to host him for a party just feels like such a treat and makes it feel like the good old days.

I’ve known Trace since we were kids growing up in the Bronx together, where I encouraged him to pursue comedy to give me some coattails to ride.

Despite being banned from SNL by Lorne Michaels all those years ago, 30 Rock finally gave Annelie and I the opportunity to work with our friends in 30 Rock where Trace was our chief defender when anything would go missing – which we obvi had stolen – or something went wrong.

Fun fact: we went on to inspire Grizz and Dot Com.

Anyway, Trace was so excited to be able to drop by again now that he is well again. Despite the fact that he has a history with alcohol abuse, I couldn’t go past whipping up a spooky, celebratory Tracy Morganrita to mark the occasion.

Who doesn’t love a fresh marg – amirite, Julie Cooper-Nichol? Throw in some blood red tomato juice and a dash of tabasco and you’ve got a scarily good beverage, complete with the heat from the fires of hell. 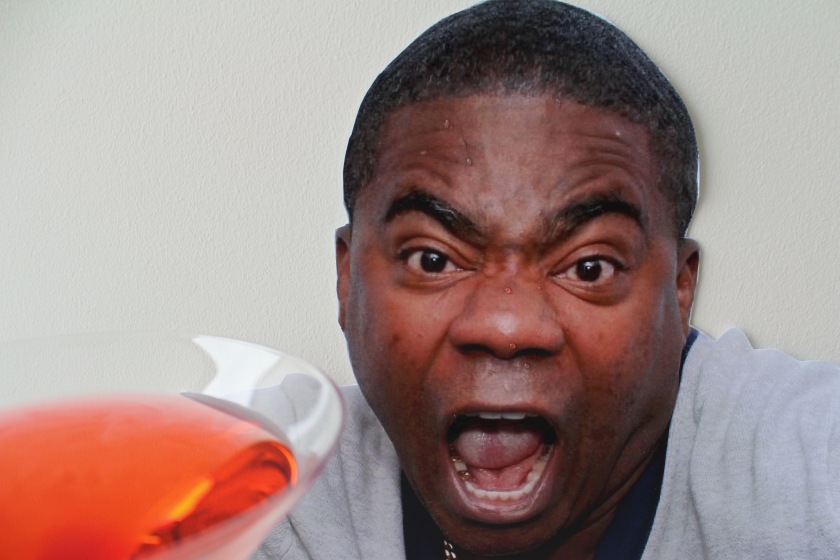 Method
Combine all the liquids in a salt-rimmed glass. Stir. Serve garnished with a lime wedge. Devour.