As much as I love my girl Dorinda Medley and am thrilled that her return to our TV screens with the latest season of RHONY last week is the perfect exclamation mark to her title of successful TV star for purposes of this egg-based ritual – who else feels I should just keep this sentence running on for the duration of the post?! – seeing her reminded me of what we lost last November, when our mutual friend HRC lost the election.

While seeing her brought up the pain of the election of the devil, Dorinda always makes it nice and as such, we were yacking it up and reconnecting in a matter of no time!

Despite being close friends for decades –  we bonded over having mutual enemies at society events – I haven’t caught up with Dori since she joined the housewives franchise and enjoyed a stratospheric rise to the A-list, so we had much to catch-up on.

After hours of discussing John, Luann’s wedding – that I was viciously banned from for mocking Chic C’est La Vie to TMZ a few years ago – getting the goss on the upcoming season. Sadly she isn’t sure Andy is willing to ‘forgive me’ – HA, he knows what he did – and let me appear on the shows with all of my friends, but she is hopefully that I’ll be able to make it nice.

Just not as nice as her.

As any rational person is, Dori is a huge fan of Megs and was honoured to be called up to assist with the ritual … particularly since it meant she got to devour a Nasi Gorinda Medley, which she has been craving for close to four years now. 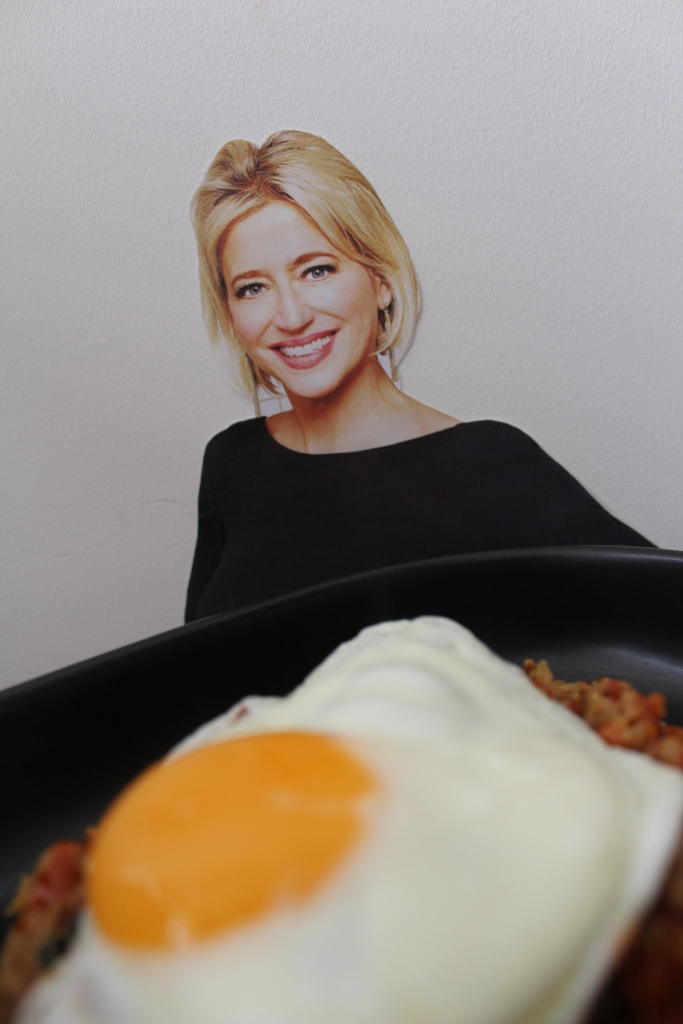 Like Dorinda, this nasi goreng is spicy, sweet and a little bit fiery … but comes together to provide comfort to anyone that comes within contact. I don’t want to sound like a broken record, but I definitely made this nice.

And thankfully we didn’t have to sit through timestamped videos of the Berkshires … though I’d be happy to if you need me, Andy.

Method
Heat a good lug of oil in a large frying pan – or wok – and fry off the ginger and onion. Once nice and fragrant, add the chicken and cook for about five minutes.

Add the rice, soy, kecap manis, carrot, chilli and wombok, and cook for a further five minutes or so. Remove from the heat and stir through the coriander leaves.

While the coriander is getting fragrant, heat a lug of sesame oil in a small frying pan and cook the eggs until the whites are just done and the yolks are soft.

Divide the mixture between the bowls, drizzle with sriracha and top each with an egg.