Now don’t get me wrong, I love me some Hollywood. I mean, my relationships with the A-list of it inspired this patch of cyberspace … but sometimes it is nice just to hang out with a fellow Australian. And by that, Kiwi we adopted as our own after they became a success.

I first met Granty while working together on Blue Heelers in the ‘90s. You see, I created and wrote for the show, inspired by my experiences in the town of Mt Thomas in the ‘80s. Crime was so rife – 99% of them committed by me – that I knew it would make Aussie TV gold, and a legend was born.

But back to Grant. Grant walked in to audition and I instantly knew that he was the Wayne I had dreamed about and the rest, as I oft say, is history.

Grant was so grateful to me for giving him his big break that he pledged undying allegiance to me and begged me to guide his career. Given he worked on True Blood with Anna and Al, Ugly Betty with Alan Dale, I think you’d agree that my influence truly helped.

No shade to his talent though, obvi.

It was such a delight to hang out together, laugh about the good ol’ days with Sacky, McCune and Johnny Woods, reflect on the tragedy that was the latter seasons of True Blood – minus Skarsy’s peen shot – and devour some nourishing Grantbola for the day ahead. 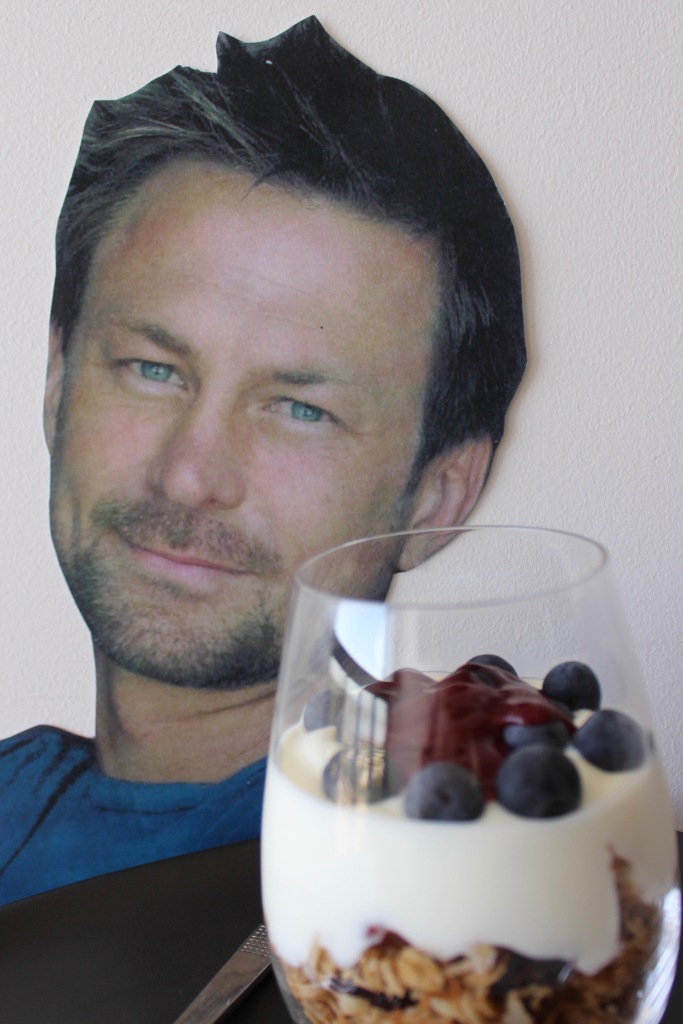 Did I not mention we’re both morning people and work out together? We’re sickeningly cute bestos. Inspired by Sarah Wilson’s coconut-nut granola but made infinitely better thanks to the inclusion of fruits and other things you can’t eat after quitting sugar, this is the only granola you want in your life. 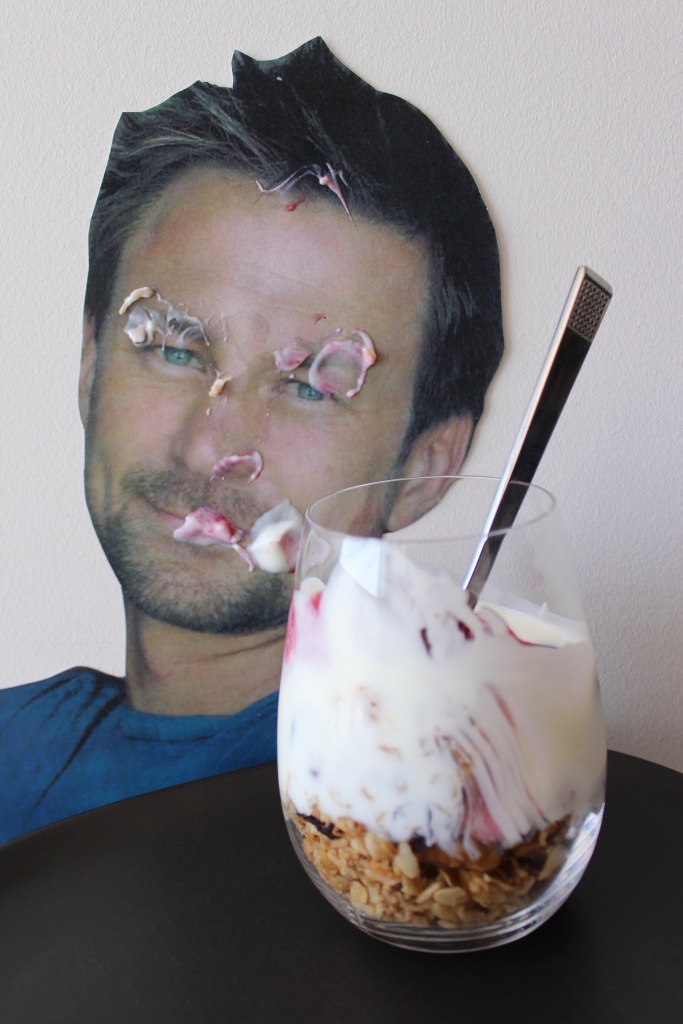 Grantbola
Serves: 12-ish. Maybe? A soft maybe. I’m not sure, let’s call a shit-tonne and be done.

Combine everything but the craisins in a large bowl until everything is coated and combined.

Spread across two lined baking sheets and cook for 10 minutes, toss, and cook for a further 10 or so, or until golden. Remove, toss through the craisins and allow to cool completely.

Store in an airtight container for up to two weeks, devouring daily with yoghurt, fresh berries and, if you want to upset Sarah further, some Mahersharaspberry Coulis.