After being technically booted from the game – and being whisked out of time to join me for a date – Laurel grabbed the urn and walked up to cast the sole remaining vote for the winner. Which lead to Probst opting not to read that vote and instead take it back to the US to pick the winner … meaning Laurel truly, finally got to make a game changing decision.

Just not the one she was really aiming for. Though it was definitely the one she deserved.

With that, Probst moved his hand deep inside Tony and Woo’s urn and pulled out Laurel’s vote which crowned Wendell the Survivor: Ghost Island sole survivor and left Dom to realise his fears had come true by not facing him in a fire challenge.

New curse to reverse though? So, that’s something.

Anyway, Dom played a killer game and despite making the bone-headed move to call out Chris’ day one decision and instantly started a feud, he managed to make a solid relationship with Wendell and they complimented each other perfectly to get to the end.

But buddying up with Wendell wasn’t his only move, his ability to make friends with literally everyone – except Chris – is the reason none of the moves ever came to fruition this season, as either Kellyn, Laurel or Angela would tell him – oft knowing it was against their best interests – and he would be able to avoid the boot or even needed to play his idols.

As such – and I’m not just saying it because it finished in a tie – he truly is the best to never win (behind Cirie, obvi). And because of that, I gladly pulled out a big fat Domenicken Liver Abpâté to dull the pain of just missing out on victory. 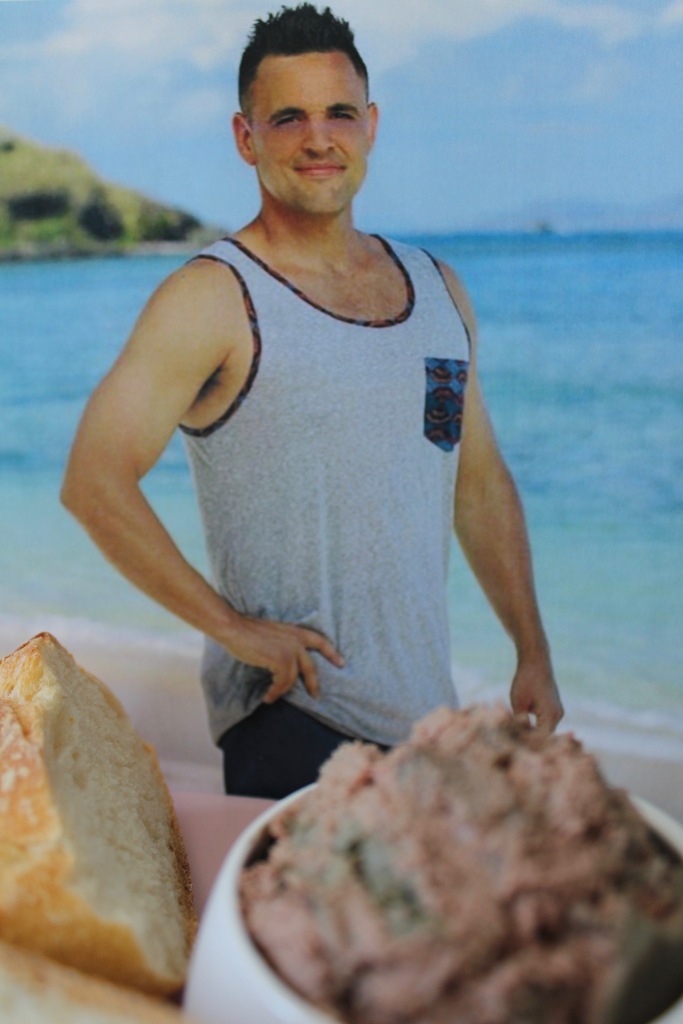 Pâté is something I have loved my entire life, until I discovered it was made from livers when I was ten and I couldn’t bring myself to eat it for six horrible years. Which I regret as much as Dom regrets not trying to get rid of Wendell on day 38. Rich and earthy, it is the perfect accompaniment to your pain, wine and a big old sourdough baguette. Oh – and I obvi just adapted this recipe, because who the hell can just trial-and-error with livers.

Combine the water and half the port in a small bowl and dissolve the gelatin in it for five minutes. Bring the remaining port to a light simmer in a small pan with the sugar and allspice. Add the softened gelatin, cook until well combined and remove from the heat to cool completely.

Melt 100g of butter in a pan over low heat and cook the cook the onion and garlic for a about ten minutes, or until translucent and sweet. Add the livers, rosemary and thyme to the pan with a good whack of salt and pepper, and cook for a couple of minutes or until just cooked. Like, still pink in the middle just. Add the verjuice and currants and cook for a further minute.

Transfer everything to the food processor and blitz until completely smooth. Pack into a container and gently pour the cooled jelly over the top of the pâté and leave to set.

Once set, devour with a baguette and forget they’re livers.