Previously on Survivor, Tai escaped from the hold of the dark ones … who technically would be the Dark Two, but whatever, semantics. Tai went back to the heroes and gave us a classic Tribal Council moment when he nah bro’d Scot to the jury.

Everyone but Jason/Kyle/Sarge and the beauty girls seemed happy about the switch, particularly Tai and Aubry who spent, what I assume was the entire night making out.

We then heard Jason/Kyle/Sarge repeat the same confessional sixteen times before we headed to reward where luck was not on what’s-his-face’s side again, missing the opportunity to compete for fried chicken and wine, aka my foreplay. While the castaways were happy, I’m pretty sure that production stole a romantic date Probst had planned for us, so I’m obviously suing CBS.

While the third/second coming of the Black Widow Brigade and The Witches Coven respectively were away on reward with a random dog, no joke, Sargsonle once again spoke about how screwed he was while Julia salivated at the thought of booting Tai and murdering fan-favourite Mark the Chicken – who has had more screentime than Rudy 2.0 all season.

Little did she know how soon she’d be getting to eat as, once again, the castaways went a bit crazy and turned on my dear friend and protege, Julia Sokolowski after Tai dotted his T and crossed his I to save himself. Well technically, Aubs has kind of had it out for her for a few weeks now. But she was legitimately #Blindsided, so I still chalk it up to a bit of Kaoh Rong cuckoo.

Oh and Michelle won immunity spelling blindside before blindsided her closest ally and the second place finisher of the challenge, so that is pretty ironic. Maybe. More than Alanis’ examples were.

I first met Jules last year and despite not knowing her for long, she has quickly become one of my closest friends and I am endeavouring to mould her into being a kind, rational and completed grounded person, just like me!

You see, JuJuSki is lucky enough to not only attend my Alma Mater, Boston University, but also to have pledged my sorority Alpha Phi.

As a former president of Alpha Phi in the mid-90s (there was a campus serial killer at the time which inspired both Scream 2 and Scream Queens … but I’ll tell you about it later), I like to provide support and guidance to my new sisters and help shape the minds of the future. JuJu is a shining star and as soon as I saw her, I knew that she had to be my latest mentee.

Ju was sad to make her way to Ponderosa, but as a super fan, was able to respect the gameplay. Plus I had a big bowl of my Julia Sokolowsquinoa Salad on hand to distract her from her boot slash not eating Mark the Chicken. 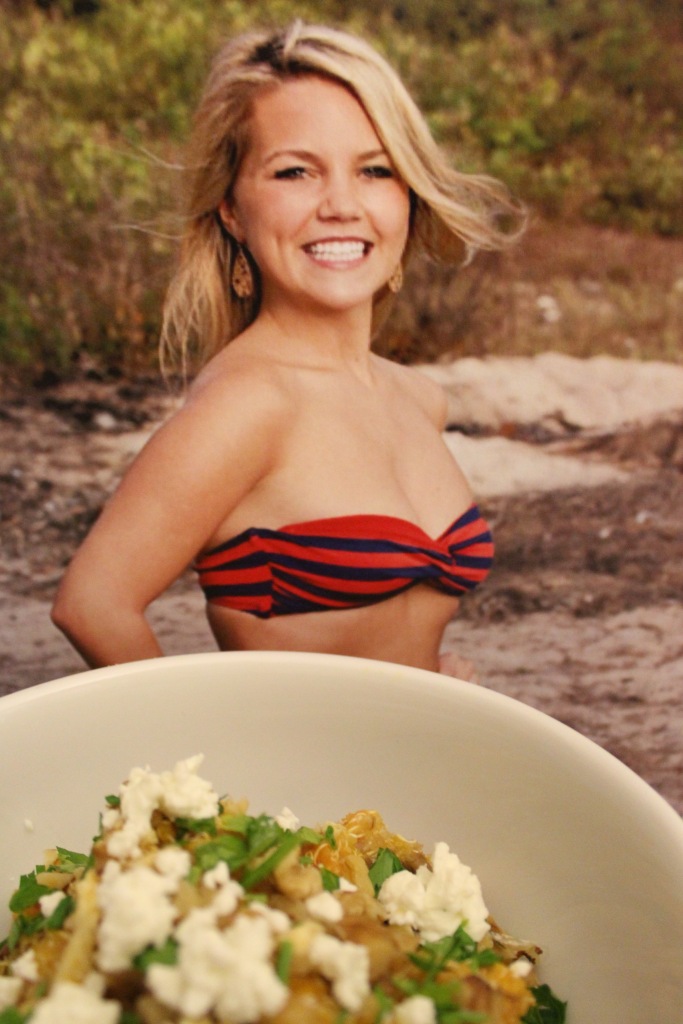 Full disclosure, I spilt some wine and Julia shed some tears into the pot while cooking the quinoa so it is a bit soggier than normal. Obviously, we expect no judgement. Plus, even if you tried, Julia would just straight up turn around and walk out mid-way through your sentence like she did to Jeff mid-snuff. Girl is tough.

Despite the hiccup, this salad is seriously good! The sweetness of the pumpkin works perfectly with the nuttiness of the goat’s cheese and the tang on the orange. Plus, quinoa is healthy so you can feel totally smug after eating it. 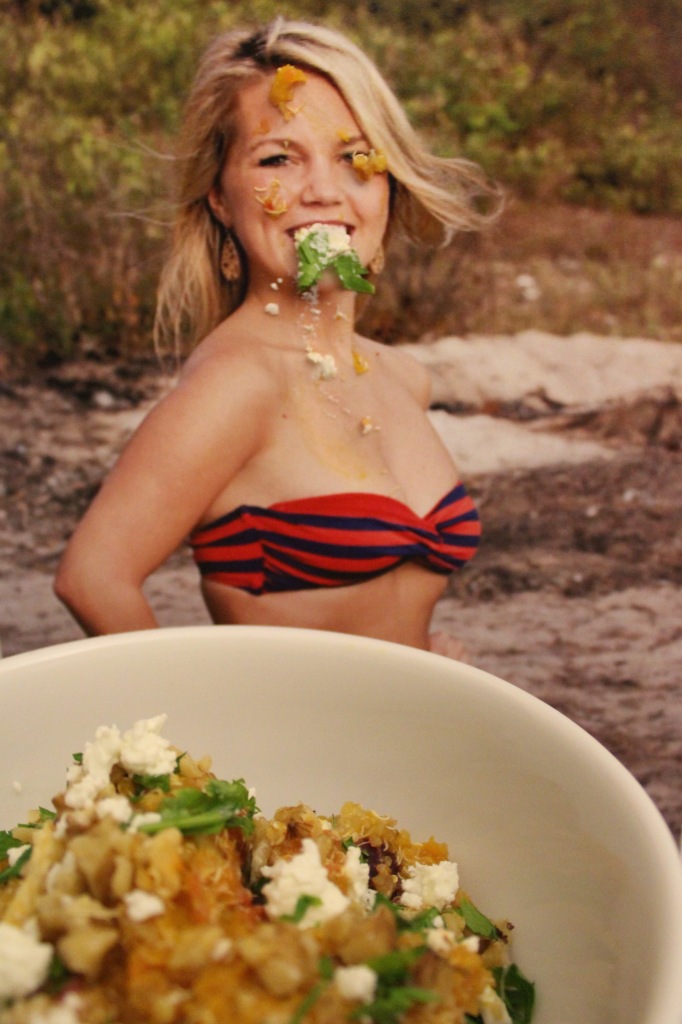 Method
Preheat oven to 180C. Spread pumpkin out on a lined baking sheet, drizzle with extra oil, the cumin, a good whack of salt and pepper and bake for about 30 minutes, or golden and cooked through.

Cook quinoa following packet directions, avoiding to overcook or drown in booze/tears like we did – maybe you like mushy, soggy food? Either way, when it is cooked to your liking, set it aside to cool.

Peel and segment the oranges over a large bowl to catch all of the juice and combine with the honey, mustard and oil. Stirring to combine.

Cut beetroot into wedges and add to the orange and dressing with the pumpkin, quinoa, parsley, walnuts and cheese.