Previously on Survivor – I know, isn’t this the premiere? – we were given the answer to the age old question, what could kaôh rōng? Specifically, kind of, for Aubry with the season resembling Game of Thrones and killing off three people, two of which were her closest allies. But that is another story from another time – seriously, click the link above if you want to hear about it – we’re off to Fiji for the battle of the ages.

A Survivor first … previously seen in both Panama and Nicaragua!

With that, we’re off. Then the game is off due to a cyclone and recommenced a day later before gen x learnt that taking both shortcuts – something they’d accuse the millennials of doing in real life – doesn’t work, heading to tribal and voting off the first of my competing friends.

Thankfully – spoiler alert – it wasn’t Ken, meaning he lives to see another day to inherit a blur in his tight, tight undies.

Jeff got to work making introductions, with high schooler Will admitting to the fact he was competing in addition to his homework, Paul described milk delivery as now the work of drones – not sure that is the case, but yay – and Michaela stole my heart by giving eye rolls that would make Sandra Diaz-Twine and Courtney Yates proud.

After an opportunity to scramble for supplies and making choices, old-Jessica grabbed an advantage in the game and Taylor opted to choke (I wish), sorry take, the chickens.

Jiffy then dropped the bomb that a large storm was expected in the coming days, scaring everyone shitless and warned them to build a shelter. Obviously the millennials then opted to go for a swim, rather than focus too hard on building a shelter as the aforementioned storm rolled in.

Thankfully Zeke spoke directly to my soul and admitted that being 28 but feeling 80 is a beautiful thing.

Over on gen x, Ken then started dominating like a boss given his experience living off the grid and old-Jessica introduced us to her Legacy Advantage which is vague, ominous and I’ll forget about it by the time she gets it.

Then Jeff sent them a love letter – which isn’t a good sign – to offer them a tarp for the cyclone. When it didn’t blow over, he visited and took them to share his hotel room with us to ride out the storm.

The tribes reconvened after the cyclone with the millennials rewarded for their previous lack of shelter by not having to rebuild, only build, before heading off to the immunity challenge, where – as I previously mentioned – gen x lost after taking all the shortcuts and my dear friend Rachel became the first person voted off the island.

Obviously I first met Rach while working for Heff, when she modelled for Playboy. I was immediately drawn to her intelligence and mentored her as writer, leading to her becoming a #1 Best Selling Author on Amazon.

Fun fact my mum rates me as the #1 Never Sold Non-Author in her heart. Same same.

Anyway, Rachel and I have been close for a long time and as such a knew that only my Rachael Akorean BBQ would be able to cheer her up. 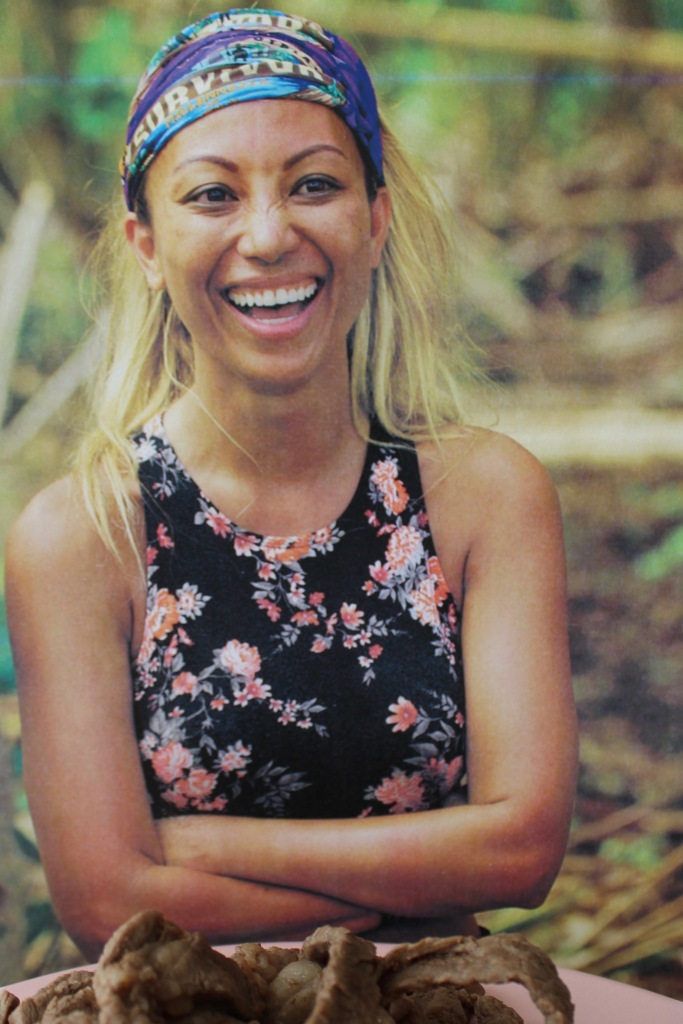 Like Rachel the BBQ is spicy and keeps it real. The delicately cooked – albeit haphazardly cut – meat is simple and delicious, the mushrooms sweet and the onion salad brings the kick. Combining to create a delicious meal leaving you wanting more, like we are left wanting more of Rachel on the island. 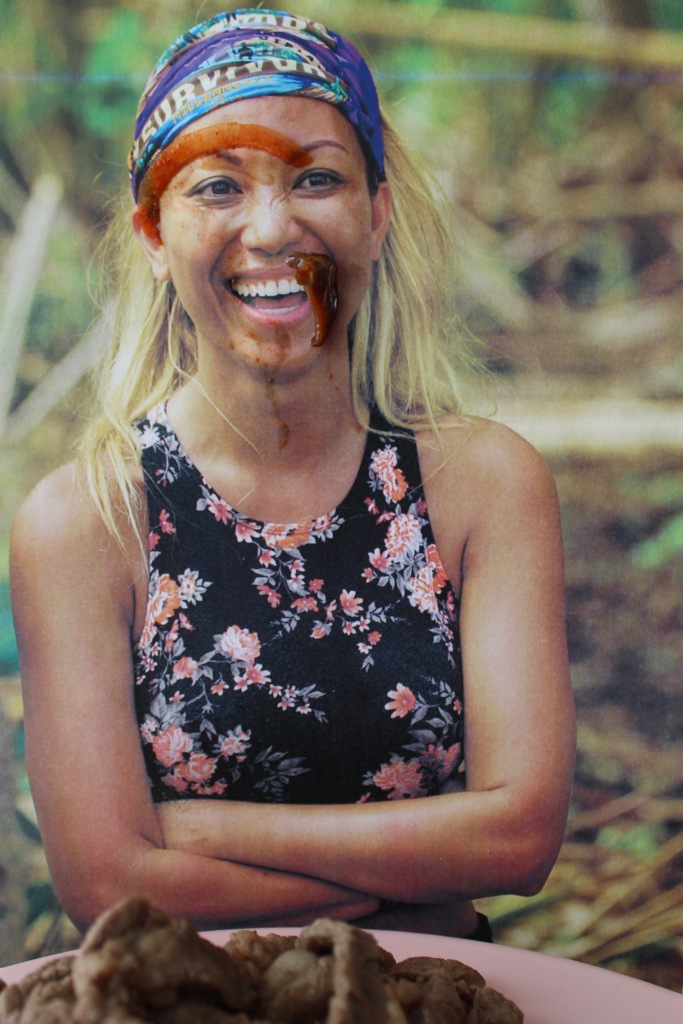 Method
Freeze the brisket until solid through, overnight is perfect – then allow to defrost for a couple of hours while you’re doing the salad and mushrooms.

Place the onions and shallots in a bowl of iced water and chill for about half an hour, or until the shallots are curled.

While they are chilling, combine the chilli, sugar, salt and pepper with a tablespoon of water in a medium bowl until the sugar is dissolved.

Drain the onion and shallots and transfer to a bowl with the chilli sauce, add the vinegar and season again to taste.

Meanwhile, add the mushrooms to a small saucepan over medium heat with the tamari and muscovado sugar. Cook stirring for 15 minutes or so, or until the mushrooms are soft, sweet and glossy.

Finally, get to work on the meat by slicing it as thinly as possible, a few millimetres maximum.

Heat a griddle over high heat, brush with oil and grill the meat until lightly cooked, a minute or so each side.

Serve together on a platter as a snack or with rice as a main.