Previously on Survivor, two groups of castaways were marooned in Fiji in the midst of a cyclone for the worst titled season possible. Thankfully the millennials were droned onto the beach to set off Jeff’s season long arc of generational stereotyping.

That make absolutely no sense. But anyway, I still love Jeff.

Thankfully mother nature was annoyed by the aforementioned stereotyping too and took Jeff out with a wave to knock some sense into him.

I can’t really tell you what happened beyond that though as there was literally only music playing for the first two minutes of the recap in Australia … but let’s remember – since fallen comrades is dead – Rachel, Mari, Paul, Lucy, CeCe, Figgy, Michaela, Michelle, Taylor, Chris, Jessica, Zeke, Will and Sunday were booted, leaving us with Hannah living my dream to be surrounded by five semi-naked men on a deserted island. With cameras.

We opened up back at camp with all but Jay gloating about their ability to flush out Jay’s idol. Hannah and Bret went aside for a pow-wow, disagreeing about whether allowing David to stay was the right decision … which let’s be honest, we won’t really know for another two hours.

Tipping the argument in Bret’s favour, David made himself busy by putting together a fake hidden immunity while everyone was sleeping. The next morning Jay went for a walk to find the new idol, which he did … at the same time as David. Thankfully for Jay, David was too slow getting back to the technicolour coconut.

Finally we checked in with Kengel where we finally learnt that the legacy advantage guaranteed him immunity at the next tribal council. Womp womp – what a let down.

Jiffy Pop returned to the screen for the first immunity challenge – with reward thrown in for good measure – of the episode. There was a pyramid and some ropes, a puzzle and some locks, and it all looked mighty confusing. Jay took an early lead … resulting in David, Hannah and Adam cheating on his puzzle.

Echoing my sentiment, Jay commenced wooing the boys to boot Bret at the next tribal and go as a strong three to final tribal. Meanwhile Bret tried to woo Hannah and Ken to stick together and boot Jay, promising him that there is no way Jay would have an immunity idol.

How wrong he is.

David went to discuss who to boot with Hannah and Adam, with Adam pushing for Jay and David for Bret. Hannah and David then pulled Jay aside to discuss the fact that Hannah is a maybe on keeping him, David is firmly in his corner and that Adam is still pushing to boot him. Jay – obviously – then went to Adam and laid it on as thick as possible to save himself.

We then arrived at tribal council where Bret and Jay campaigned for people to boot the other. Jay wasn’t taking any chances though and played his immunity idol … WHICH TURNED OUT TO BE A COMPLETE FAKE – genuine #blindside … or was I meant to have noticed David had hid the idol in the coconut?

Before I could laugh at Jeff throwing the fake into the fire, Ken then stood up and played his legacy advantage resulting in Jay becoming the fifteenth boot and eighth juror.

Jay was sad to have finally found his way out of the game but was proud of everything he achieved. He was also very thankful to see me, one of his closest friends – we met when he was an extra on Rock of Ages – waiting for him in Ponderosa with a generous serving of my Jay Strawbrett Ice Cream. 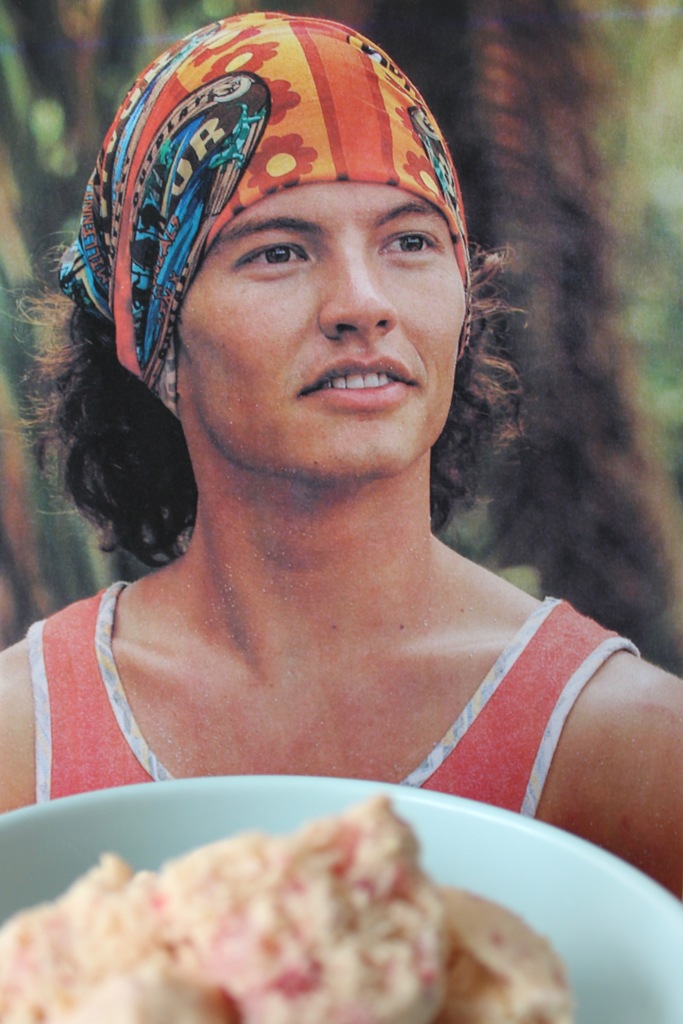 Sweet, fruity and smooth, this ice cream is the only thing you could possibly need to dull the pain of losing on Survivor. Or 2016. 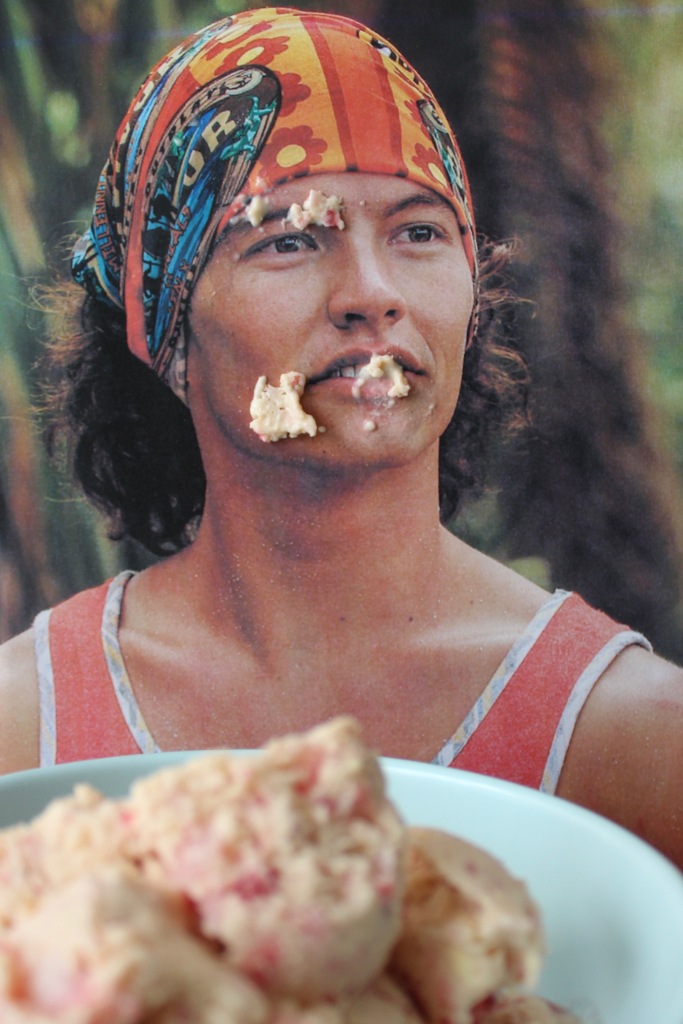 Method
Whisk the condensed milk, double cream and vanilla paste together in a large bowl until it is firm, yet light and airy. Be careful not to over whip it – as that is yuck – but be mindful the strawberry will thin it out. Yay for pointless direction, right?

Meanwhile place the salt and strawberries in a food processor and blitz until they are broken into small-ish chunks, but that is more a personal preference rather than a command.

Unless you want it to be you sly dog.

Fold the strawberries through the whipped cream, transfer to a freezer safe tub – not that I think anything can’t go in the freezer, but JIC – and freeze for five or six hours before devouring.

It works beautifully in a Sundae Burquest too, FYI.