Oh my goodness – I didn’t realise losing Florence Henderson would be this hard.

As one of my first loves, I always knew my heart would break but given we were never able to launch a spin-off of her Retirement Living cooking show – which would have looked suspiciously like Martha & Snoop’s Potluck Dinner Party – I’m distraught that I couldn’t help add a final jewel in the crown of her TV legacy.

But alas, this isn’t all about our dearly departed Florence …  and that is in no small part, thanks to the beautiful, caring support of my dear friend Eve Plumb, who helped me work through my grief.

As you know, Annelie and I connected with The Bradys via Mo and were cast as the worse versions of cousin Oliver. While we were wiped from the show’s history, we remained close with the kids – particularly Evie.

Like her character on the Bunch – oh, have I never mentioned we all called it the Bunch on set? ‘Cause we did – Eves was always the most down to earth (albeit a little jealous) member of the cast, and she took me under her wing and tried to help me through my multiple addictions and countless scandals throughout the years.

Fun fact: I am the one who got her into painting … which I took up when in rehab with my gal pal, Caz Fish.

I hadn’t seen Evie since her appearance in the Emmy Award winning production Grease: Live and was looking forward to toasting to her success and was on the phone to her when we heard about dear Flo’s passing.

It completely knocked me, I broke down and Evie knew that she was the only one that would be able to help me snap out of it – we actually inspired that scene in Moonstruck – and process my grief.

Of course, Eves was right about helping me, though making and devouring my Eve Plumb Pudding – as you probably guessed on Monday – should also take some of the credit, given its proven therapeutic benefits when it comes to helping process grief. In addition to being delicious.

(Talking about our sodden appearance on Sally Jessy also lifted our spirits, obviously … but that isn’t necessary to this story). 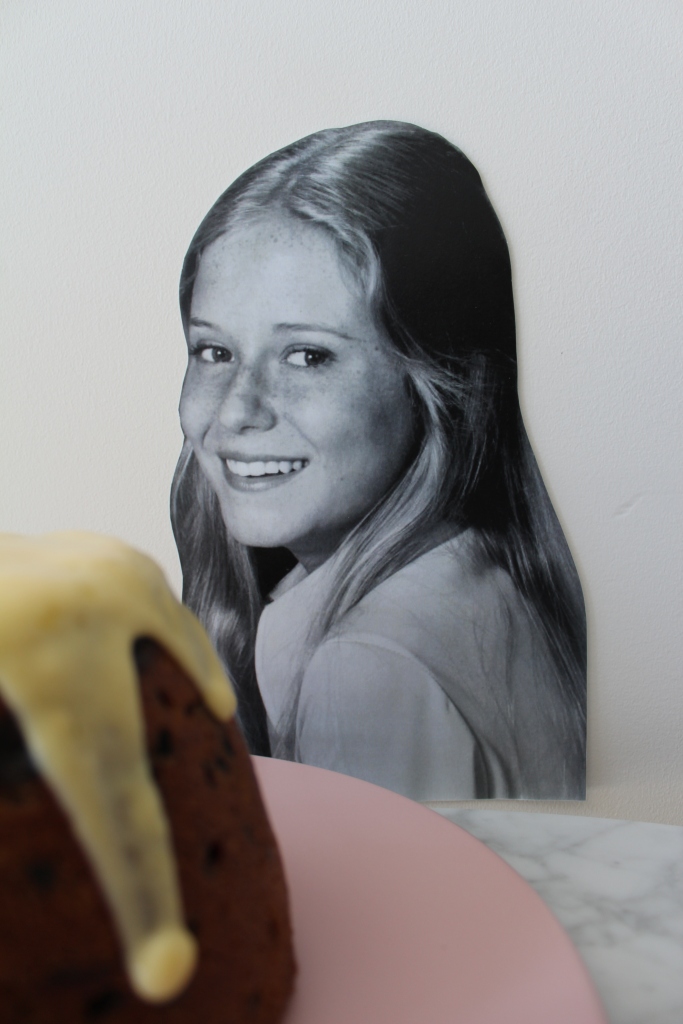 I used to make this pud on set – which is pieced together from my grandmother’s handwritten par-recipe – every year to celebrate filming the last episode before our break and it was everything you want from Christmas and more – fruity, rich and ready to stuff you up … it sounds like everything I want in a man. 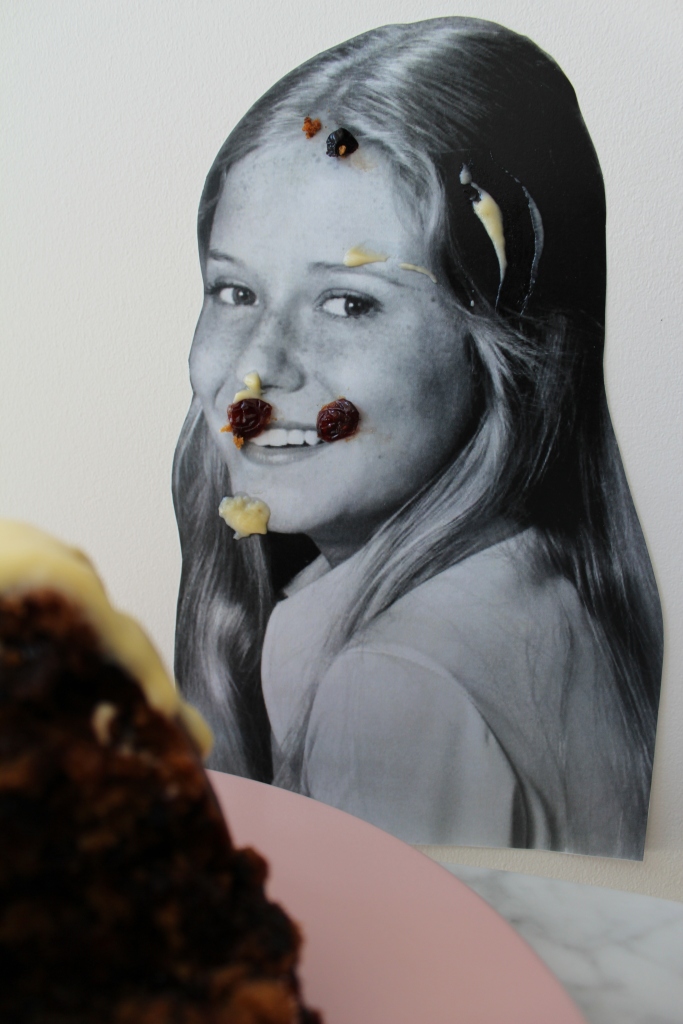 Method
This takes some planning ahead, ok? So I apologise, but place the fruit in a large bowl with the rum and leave to steep overnight to a day – the longer the better, you want that fruit completely written off.

Grease a two litre capacity pudding basin with extra, soft butter and line the base with a circle of non-stick paper. Leave aside.

In a stand mixer, cream the butter and sugar together until pale, fluffy and creamy. Add vanilla and each egg, one at a time, beating well after each addition.

Combine all the dry ingredients in a bowl and fold through the pulsating-ly fluffy egg, butter and sugar mix. Fold through the boozed up fruits and pour the batter into the prepared pudding basin.

Now for the fun – lol – place an upturned saucer – or something low and heatproof that fits – in the base of a large saucepan. Half fill the pot with kettle-boiled water and simmer over low heat.

While that is getting bubbly, cut a large square of non-stick paper and an equally sized square of foil. Fold them together, pleating at the middle to secure and place over the lid of the basin, foil side up. Press it down tightly and secure with kitchen twine like a poorly wrapped christmas present.

Lower the basin until the non-chalantly bubbling water – adding more if the tide is not high. Cover the pot as securely as possible and steam for 4 hours, or until an inserted skewer comes out clean. Check on the pot throughout cooking and top with more boiling water as required – use your judgement.

Remove from the basin, allow to rest for about half an hour and turn out.

Top with warmed brandy custard … which reminds me, I need to make a call.

Obviously you can devour while I’m on the phone – maybe check back over the weekend?

One thought on “Eve Plumb Pudding”