Previously on Survivor, Debbie was living it up on Exile yacht with Cockstain, while Brad and his interior design skillz were leading things at Mana while Sandra and Varner were on the bottom at new Nuku until Tai’s paranoia almost got to him. Sadly however, it didn’t, resulting in the confirmation that the Game Changers we are seeing is the darkest timeline as Sandra Diaz-Twine found herself voted out – for the first time ever – as the sixth boot.

I guess the one positive we can take from everything is that her display proved why she is the greatest of all time. Though the glorious timeline where she scores a hatrick is too much joy to comprehend …

Anyway, back at new Nuku Debbie regaled everyone with tails about how awful exile was, to garner sympathy. While Ozzy came for Tai, proving that last week’s tribal wasn’t an elaborate act for Sandra, before Tai gave the understatement of the year, acknowledging that he is terrible at tribal.

Varner however was ropeable and wanted to “punch them bitches in the throat-bone.” Thankfully his dear friend Zeke talked him off the ledge … and then proceeded to spill all the details about OG Nuku.

Wanting to avoid continuing Sandra’s wake, Jeff called in the tribes for the reward challenge – honouring Sandra’s legacy in the process – where the tribes had to untangle themselves from a big, hard pole, untangle some knots, release a big bag of balls and squeeze through some tight mesh before tossing their balls around … for pizza.

With a stellar performance, obviously, from Debbie – did you see that Brad? – Ozzy’s ball handling skills won out. Though in Brad and the Technicolour Boardshorts’ defense, he did a valiant job trying to catch-up.

After suffering a crushing defeat, Cirie returned to the game to outline how horrible it was to miss out on reward and how by this point in the game, everyone was suffering … setting of a major pity party over at Mana.

Sierra joined us to outline how hungry she was and broke down, before Aubry joined in to say how hard it was to adjust when she got home … which is how Monica felt after getting home to Brad after Blood vs. Water.

Brad continued his redemption arc, talking about how tough Monica was and how only now is he starting to understand what she went through. Seriously, Brad and Mon are couple goals at this point.

Moved by his honesty, Aubry connected with Brad … forming what appears to be a tentative alliance.

Meanwhile over at Nuku, Ozzy talked about how important this victory was for the tribe as they progress to the next phase of the game. Debbie then babe-d Ozzy, giving me another couple goal.

Seeing how screwed he is, Varner approached Sarah to get rid of Ozzy given that the merge is approaching and they want to have a fighting chance in challenges. Sarah, the cahp turned criminal seemed receptive to cutting Ozzy’s throat and ride into the merge like a crook, see.

Not wanting to leave me for too long, Probst returned for the next immunity challenge which involved a dick-load of swimming, meaning Ozzy is probs safe given he is part dolphin. Despite an epic lead heading into the word puzzle portion, thanks of course to Ozzy, Hali and her passion for spelling took out immunity for Mana and continued her metamorphosis into a Survivor icon.

Back at camp Varner scrambled desperately to survive one more day to see ‘Merica II and hopefully for him … the jury. While Sarah pushed hard to get rid of Ozzy, Zeke explained why it is important for him to keep bigger threats around and that Sarah and Andrea would be trying to placate him … upsetting Varner, who wanted to get rid of Ozzy.

He then took said information to Sarah and Andrea, to try and get him in with them and make Zeke look closer with Ozzy.

Then at tribal we got to see how truly desperate and low he was willing to go to save himself, outing Zeke as a transgender man and setting off the ugliest yet all at once most beautiful tribal council.

Make no mistake, what Jeff did was wrong, disgusting and utterly horrific – we know that and thankfully he knows that – but hopefully the silver lining to this incident is that there can be a positive conversation around trans rights and visibility.

The reactions of Tai, Andrea, Ozzy, Debbie and Sarah gave me so much hope for humanity, as they immediately stood up for Zeke and defended his right to come out on his terms, and to direct his experience and personal narrative.

These people and Zeke’s words are why this tribal council can still be classified as beautiful.

As a cisgender gay man, I am somewhere in the middle of the privilege spectrum. While I have a mildly similar experience by being a part of the broader LGBT community, I am acutely aware of how much more privilege I have than Zeke just by being cisgender.

Zeke spoke beautifully about why he wasn’t open about his gender identity on the show and it broke my heart as it reminded me of how it felt to be labelled by others before I was comfortable … and that is why it stings just that little bit more coming from Jeff.

Being part of the community, he should have known better as he knows what it is like to have to process your identity and often even learn to just accept yourself. People deserve the right to share what they want with others, if and when they want to. Outing people is dangerous, particularly in the trans community in the current climate.

You shouldn’t need to to be a decent person, but Varner has likely experienced something very similar – not being ready to share or not wanting something to be the one thing you’re known for – and he should know far, far, far better. Whatever the reasoning, if it isn’t your truth, it isn’t your place to share.

I reiterate that I think Jeff is remorseful and most importantly, Zeke was able to eloquently discuss how he felt and was kind enough to take the high road … when I for sure, would have gone low. Very low. So – and I feel so awkward using this as my segway into a recipe given the enormity of what happened – I felt comfortable enough to sit down with him and share a Jeffle Varner. 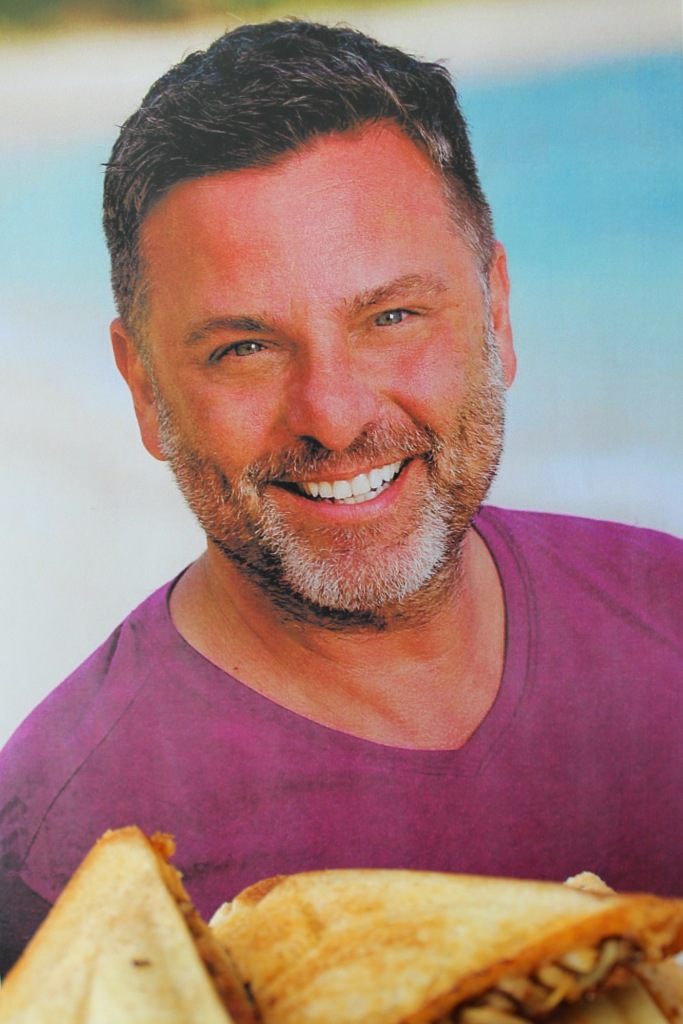 Given what went down and how it played out, I thought it best to whip up an easy, delicious snack – so no sweet Jeff Grand Varnier Mousse for you! – so that I could chastise him and discuss why we, as gay cisgendered men, should know better and how we owe it to our community to be the staunchest of allies.

I truly felt he was remorseful and agreed to smuggle in a heartfelt culinary apology to Zeke. Sadly though, Probst – who let’s just pause here to reiterate that moments like this highlight are why he is the best at what he does … give the man (if Ru can’t get a 2nd) another damn Emmy – wouldn’t let me smuggle in a very, very delicious jaffle, that reminds you of childhood and why leftovers are arguably the best. Plus, how do you go past adding even more carbs to spaghetti bolognese?

And if you need more information on how to be a better ally, please follow Zeke/GLAAD’s advice because I know my ramblings can in no way get close to explaining the gravity of the situation and how important it is to stand up for equality. Remember to be kind, to both Zeke and Varner, even if he doesn’t deserve it,  … haterade is reserved for my (*gasp, shock* fake) celebrity friends.

Ingredients
4 slices white bread
butter
1 cup leftover Dolognese Parton, including some spaghetti if you want it authentic … but that is up to you
½ shaved parmesan cheese

Method
Now this is insanely complex, so pay attention.

Start by turning on a jaffle iron and buttering the bread.

Divide the Dolognese across two slices.

Top each with parmesan and close the sandwiches with the remaining bread.

Butter the top of the bread and place butter-side down on the jaffle iron.

Butter the remaining pieces of bread and close the machine.

Cook until the red light turns green … aka five minutes or so, and the bread golden and the parmesan gooey, JIC your machine is old and the lights don’t work.