Oy – how sweet my dear Alfie is!

As you know, Alfie awakened my sexuality way back when in 2001. I had hated the idea of wizardy but then he showed me his wand on the set and I instantly became a fan. You could say it was the moment I became woke.

While Dan, Em, Rups and – swoon – Tom were the stars of the actors of our generation, I only had eyes for Alfs and we spent all of our time on sent hanging out, connecting, exploring our chambers of secrets and marvelling at our pendulous philosopher’s stones.

Given that Alfie went – essentially – straight from Harry Potter to How to Get Away with Murder (plus I was banned from the UK from ‘11-’14 … so I couldn’t reach out), we haven’t been able to spend much time together since the good old Hogtiedwarts days.

It was the Ekka holiday here is Brisbane yesterday, so I obviously took Alfs straight from the airport to the show – to warm up on some Snoop Daggywood Doggs, obvi – before stopping at home to plot where his career can go post that strangely-sexual relationship he had with Academy Award Winner Viola Davis.

There is something so nostalgic about slurping down some creamy pasta with a shirtless Alfie. Even without that delicious visual though, this meal would be a winner – hearty, comforty and delicately cheesey with a good punch of garlic, you really can’t go wrong.

Though it is better off a plate of chiselled abs. 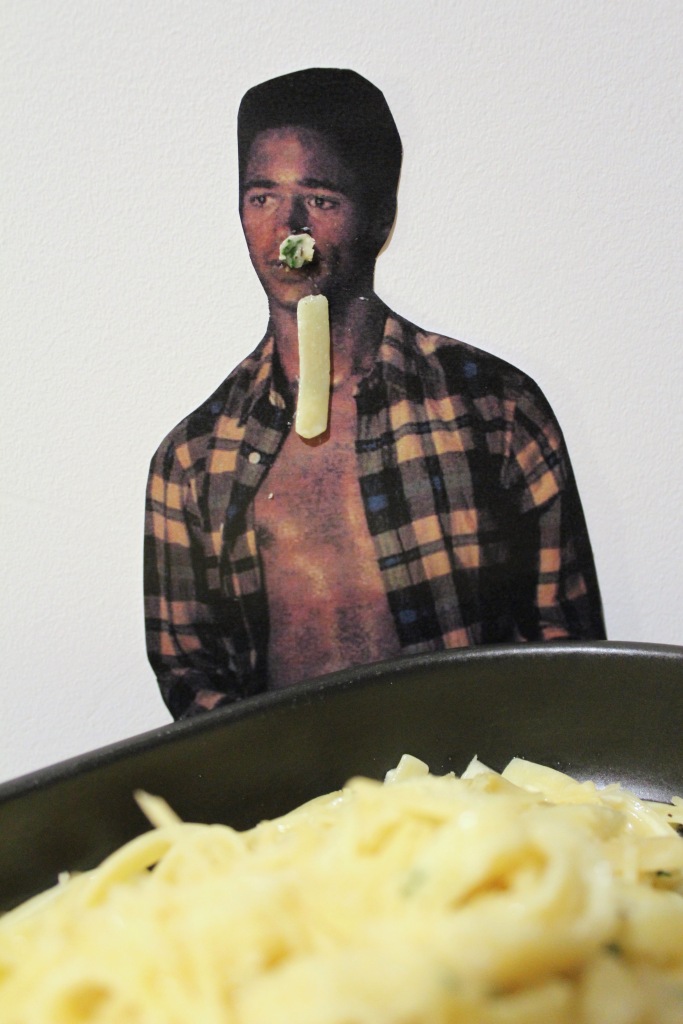 Method
Bring a pot of salted water to the boil over high heat. Once aggressively boiling away, add the pasta and cook as per packet instructions.

Meanwhile, melt the butter in a medium saucepan over low heat until starting to foam. Add the garlic and cook, stirring, for a couple of minutes before adding the parsley. Slowly pour in the cream and cheese and stir until the latter is completely melted. Remove from the heat and whisk through the yolk and season with a good whack of salt and pepper. Return to the heat and cook until slightly thickened.

By that point, the pasta should be done so drain in a colander and return to the pot, off the heat. Pour over the sauce, toss to combine and serve immediately. Cover in extra cheese and devour, nostalgically.

One thought on “Alfredo Enoch”