Like Gaga and ONJ before him today’s Somebody That I Used to Gold visitor, my dear friend Trey Parker dabbles in all corners of the entertainment industry. And if it weren’t for my frenemy Phil Collins, who be a proud EGOT recipient.

I’ve known Trey for years when I got hired to model a character on South Park. Sure Big Gay Al was controversial – you don’t need me to tell you that my primary school principal felt compelled to write a four page essay about the horror character in place of a newsletter – but he brought so much joy to my life, and gave me the most beautiful friend in Trey.

While I haven’t seen Trey in years, he was thrilled to catch-up and strategise a way to finally snag himself an Oscar – obviously a Big Gay Al spin-off movie, starring me – and help me run the odds on my favourite Grammy categories – musical theatre, comedy and the big one, SPOKEN WORD!!!!!

Sorry – too many exclamation points. I’m like a chain email from your mother!

Obviously we agree that the erstwhile singing voice behind Jasmine and Mulan, Lea Salonga, will take The Book of Mormon’s Best Musical Theatre Crown for Once on This Island. Comedy I’ve gone with Dave Chappelle while Trey thinks Fred Armisen is the hot money. Obviously my boy David Sedaris is going to take out my fave category Spoken Word and I refused to hear any argument to the contrary. Like how Tiffany Haddish is the darling of the entertainment industry and Jimmy Carter is old, which is why Chad Michaels and Raja won their seasons of Drag Race.

JK Kimora, they both slayed and deserved their victories.

Anyway, it was exciting to think that our Big Gay Al movie may sweep the Awards Pool. So much so that we didn’t realise how famished we were until my Tray Barker had filled the house with glorious, happy smells. 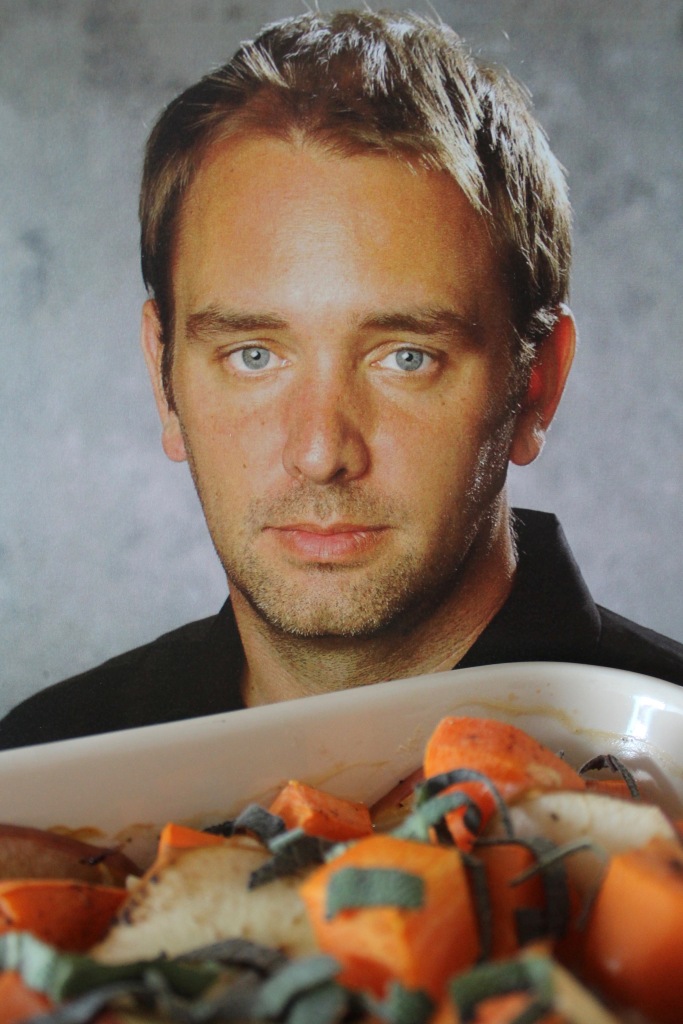 I know I sound like a broken record, but you know I have a passionate love for sausage. You may be surprised to learn, however, that I am just as passionate about apple and sweet potato. Chuck em in a tray, add some booze and you’re in for a glorious meal.

Add the sweet potato and apple to the baking dish and pour over the stock and cider. Cover with foil and transfer to the oven to bake for half and hour, or until the potato is tender and the liquid reduced.

Sprinkle with sage and parmesan and return to the oven, uncovered, to cook for ten minutes or until the cheese is golden and crisp.