It was always going to be an awkward start to my peace feast with Phil, what with the viral infection injection thing. Oh, and the whole gag I sold to South Park about his obsession with his Oscar – FYI, that was totally true and I’m 30% sure he had it on him when he dropped by – and well, I can’t talk about everything else I’ve done to him due to the lingering lawsuits and payouts.

Just trust me when I say that Phil was on the receiving end of one of my top ten most vicious moments.

But then it wasn’t awkward, not even at all. Time apparently heals all wounds as Phil took me in his arms as soon as he walked into the house. I cried, he cried, then he sobbed, I pretended to sob to avoid it being awkward and then I apologised.

Literally two minutes in and my epic apology monologue – it rivalled Cersei’s revenge monologue for epicness – wasn’t even needed. Thankfully I’ve burnt a lot of bridges so I’ll be able to use it again, I’m sure.

Phil has been super busy since coming out … of retirement early last year, remastering his old albums, writing new material and planning a tour. Oh and he signed a book deal and will be releasing his autobiography in October … and when I heard that, everything became clear – he wants me to ghostwrite the book.

While I’m pretty pissed he expects me to plug it out in a mere matter of months, given the countless ways I ruined his life I really couldn’t say no. Plus, at least I can manage my image in the story, you know?

Either way, Phil got a ghostwriter, I got some undeserved forgiveness and we both rekindled our friendship over my famed – and his favourite – Philly Collins Cheesesteak. 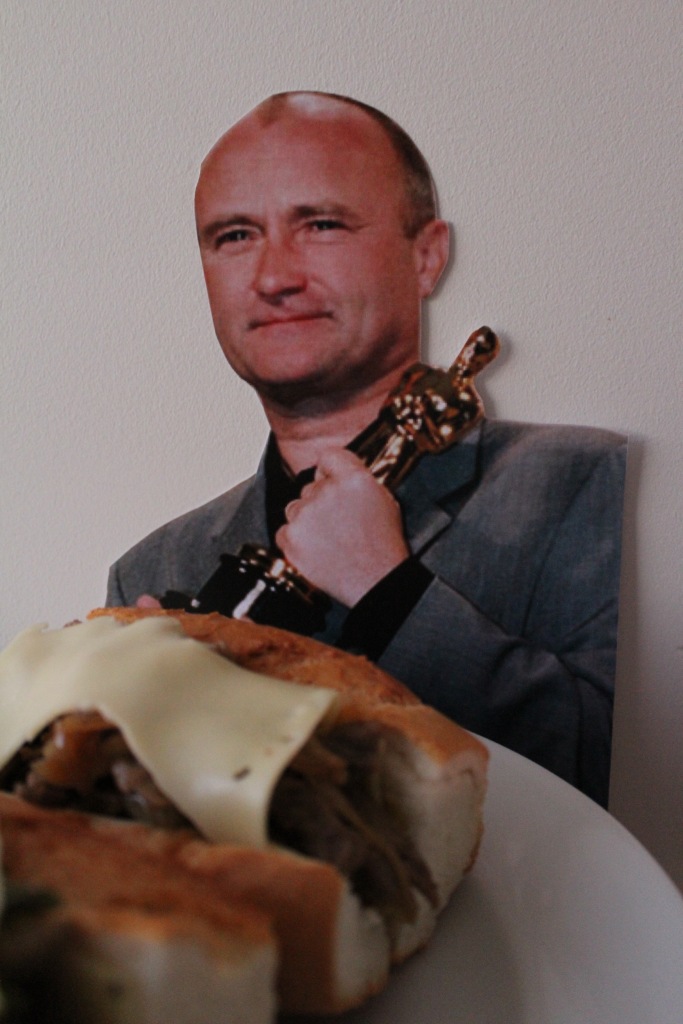 I’ve made no secret of my love for warm meat, slathered in creamy cheese … but these really get me salivating. I mean, tender slices of steak on a soft pillowy bun and cheese, my favourite, cheese – it doesn’t get any better. Oh yeah, it does – sweet onions, earthy mushrooms, hot mustard and peppers.

It really does get better – enjoy! 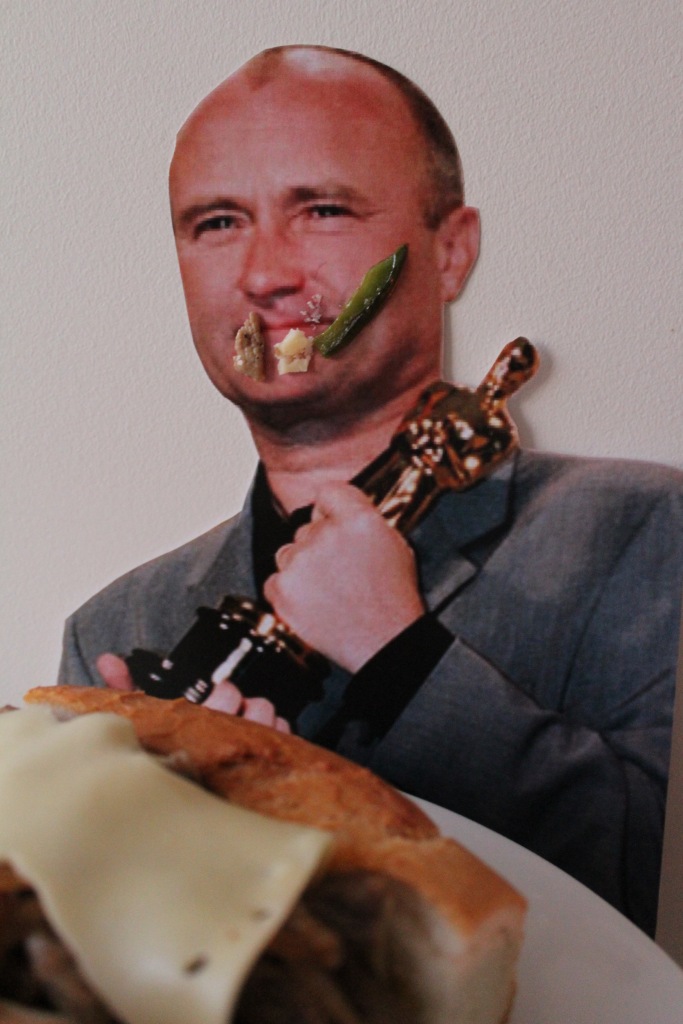 Method
Place the steak in the freezer for about half an hour while you get to work on all of the other elements.

Then move to the onions and start again by melting the butter over high heat until foamy. Reduce the heat, this time to low, and cook the onions slowly until they are soft and caramelised – about half an hour. Keep an eye on the onions, but move on to the peppers now, ok?

In another pan – how many pans do I expect you to own? Maybe decant the mushrooms to a dish and keep warm, wipe out the mushroom pan and heat, this time the oil, over high heat. Add the capsicums and stir-fry for a minute or so, or until they are soft and vibrant.

Now that they are sorted, remove the steak from the freezer and slice very thinly. Heat a griddle over high heat, brush with oil and cook for about a minute per side. Remove to a dish, pour over the worcestershire, season and keep warm.

Now for the fun to start – split the hoagies, butter generously (if you like heat) with hot english mustard, spoon in mushrooms, onions and peppers, top with the piping hot meat and layer with cheese. Hopefully your cheese will melt from the heat more than mine did, but hey it is cold for Brisbane at the moment.