Well lookie here, can you believe we’re almost back for another season to see whether we can do a more elaborate shark jumping than last season? I mean, sure, Chris broke the pizza curse by returning to the game and securing victory, but can we be sure if pizza won’t be a curse when you don’t have a safety net? Who knows.

In any event, I stick by the old adage that bad Survivor is still better than no Survivor and last season did give us the majesty of Chris’ package and flashy – not in an Australian Survivor way, sadly – end game if something I will defend until my last breath.

Given last season’s countdown finally caught me up on having the suite of victors dropping by on record, I decided that it was time to celebrate some of the non-winning icons of the game. And while Jenna may not be remembered fondly for turning on the winners in All Stars, I will always hold a special place for her in my heart.

I mean, she was one of the few people to try and break apart the tagi alliance in Borneo, famously missed out on a video from home as her family forgot and then returned to All Stars and famously set the tone, cutting Tina first and making all winners targets.

She was thrilled and honestly, kinda shocked, to receive a call asking her to drop by and help me countdown to Island of the Idols since as she put it “I’m not what most people would consider a legend of the game.” Which truly kinda broke my heart.

I explained to her as one of the few people to vote for Rob to win All Stars, I considered her a rational gamer and felt wistful wondering what the timeline would look like had he won that game. I assume no Mariano duo in the potential and definitely not confirmed by spoilers season of winners at war … with each other, for instance.

With that, she giddily accepted the fact that being a returnee was enough to get and invite while we smashed some culinary sacrifices in the form of Jenna Lewiscuits, to guarantee Rob and Sandra don’t help the contestants on their island and instead troll them into making bad mistakes. 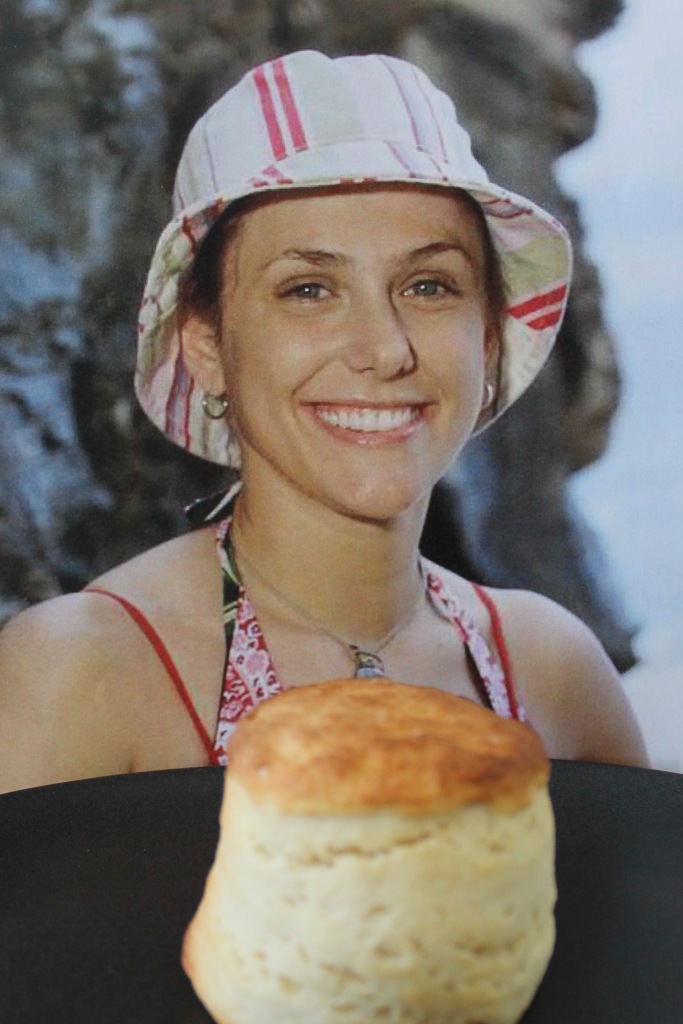 Fluffy and melt in your mouth, biscuits truly are a thing of glory – just ask Latrice ‘Slop-It-Up-With-A-Biscuit’ Royale! Not quite bread, not quite a scone, these babies are the perfect accompaniment for sausage gravy. If only Sam knew!

Method
Preheat the oven to 200C.

Transfer to a lightly floured surface and knead until just combined. Flatten into a one inch thick slab of dough and cut into two inch wide circles. Place on a lined baking sheet, brush with some melted butter and repeat the process until the dough is all used.

Place the biscuits in the oven and bake for fifteen minutes, or until puffed and golden.

Serve immediately – with or without sausage gravy – and devour.