Sometimes you just need to party and get wild with your gang, to feel like yourself again. You know?

While we’ve been feuding since my egregious snubbing from the Bad Boy Records 20th Anniversary Tour, we both realised that life is more enjoyable with the other in it and he kindly agreed to reconnect.

As you can imagine, as co-founders of Bad Boy Entertainment, Puff and I have been involved in our fair share of scandals – the nightclub shooting probs being our most famous … despite the fact you legally cannot prove I was there or involved – but we truly never meant no harm, just partying hard like young guys a wont to do.

Despite announcing that he was planning to quit the music biz to focus on his acting career and the fact that was my idea for him, I was hoping that our reconnection would be enough to force him out of retirement to remake I’ll Be Missing You with me.

Which he obviously was hella keen for.

That being said, I did have to work overtime to convince him to change his mind with me, so I had to whip up one of my favourite shortcut meals. Enter my Puff Daddy Pizza. 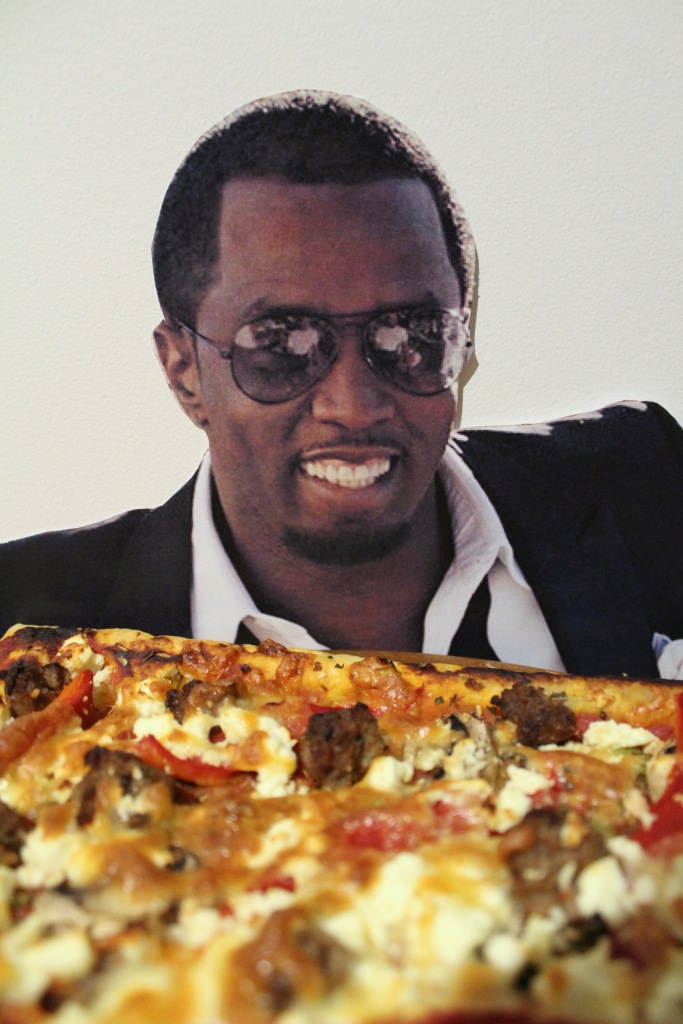 I first flirted with puff pastry pizzas – and calzones – while a poor uni student slash up-and-coming-rapper, and to be honest, they are oft better than their pillowy or crip doughed equivalents. Flakey, light and most importantly simple, these babies are the perfect mid week meal or work lunch … for the working rapper.

Heat a small skillet over medium heat and remove the sausages from their casings, frying them into small meatballs for a couple of minutes.

Place each sheet of puff pastry on a lined baking sheet and smear each with tomato paste and dried herbs. Sprinkle over the cooked sausage, chargrilled vegetables, feta, chilli and a little mozzarella, to taste.

Place in the oven and bake for fifteen minutes, or until the cheese has melted and the pastry is puffed and glorious. Devour.