Well do I have a gag of the season for you – and surprisingly that is neither what he or I said – I came clean to Greg about only reaching out in ‘88 to try and snatch the rights to his story that eventually lead to Breaking the Surface starring Mario Lopez. And not only that, he laughed, told me he always knew that and was just pleased to have my friendship once again.

After meeting at the University of Miami in the late ‘70s, I was immediately drawn to Greg’s talent on stage and in speedos and I made it my goal to get together and live out our twincest life. I was successful and for a beautiful couple of months, I was known around campus as Greg’s lubed anu … well, let’s just say people knew I was always ready for him to dive in.

As I mentioned, things got ugly when he found out I was mainly pushing him in to diving to make room for me to star on the stage. Thankfully three decades on, he appreciates the fact that it inadvertently motivated him to succeed in diving and as such, he should be thanking me for making him the success that he is.

Which I quickly told him I wouldn’t just appreciate, I required it before he got to eat anything.

He laughed it off as a joke though his thanks and praise seemed genuine enough that I opted against starting another feud and instead, enjoyed his company and reconnected. We laughed, we cried and most importantly, we got to fill our mouths with as many big, meaty balls as our hearts desired. In the form of my Gregk Meatballouganis. 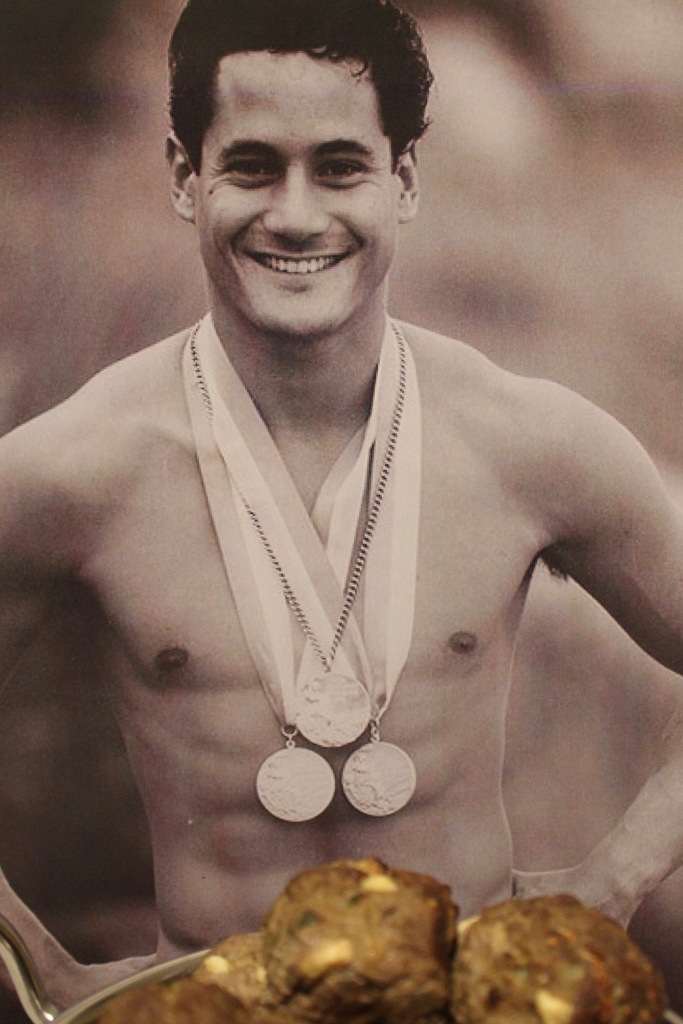 Honouring both our love for ball play and his father’s Greek heritage, these big morsels are near perfection. Spicy, sweet and packing pockets of creamy feta, these lamb meatballs work well as a snack, in a yiros or – gasp – accompanying a big ol’ salad (what have I become).

Place everything in a large bowl and scrunch until it is well combined and thoroughly mixed.

Using meat hands, shape into golf ball-sized balls and place on a lined baking sheet until all the mixture is gone. Transfer to the oven and bake for twenty minutes, or until cooked through and crispy on the outside.

Allow to rest for five minutes before devouring, preferably covered in tzatziki.