If anyone needs justice for the horror twist that was the ‘synergy’ twist of RuPaul’s Drag Race All Stars 1, it is my dear friend Pandora Boxx. Particularly if you ask her. I mean, not only did she end up with Mimi Imfurst against her will, she couldn’t get out of her head long enough to make it work and she became the first boot.

While it was tragic, it is kind of iconic that she continued her Drag Race Susan Lucci streak.

Given she is all here for wiping everything but Chad’s win from the record, Pand was thrilled to to drop by and help me countdown to All Stars 4 and honour team Latrila coming back for their ru-rudemptions.

I’ve known Pandy for years, meeting at the festival where she saw Darienne Lake performing that inspired her to take a dip into drag. Well with a gentle nudge from me too, of course. I saw her across the field and I was immediately taken by her big expressive eyes, so made a move and offered to split my meal with her.

While the love that bloomed that day didn’t last, her passion for my Bentora Boxx never died.

Is a bento a lazy recipe? Sure. But once you’ve had this, I’m promise you’ll be eating your words and these delights like a giddy school kid. I mean, how can you go past bite sized treats? 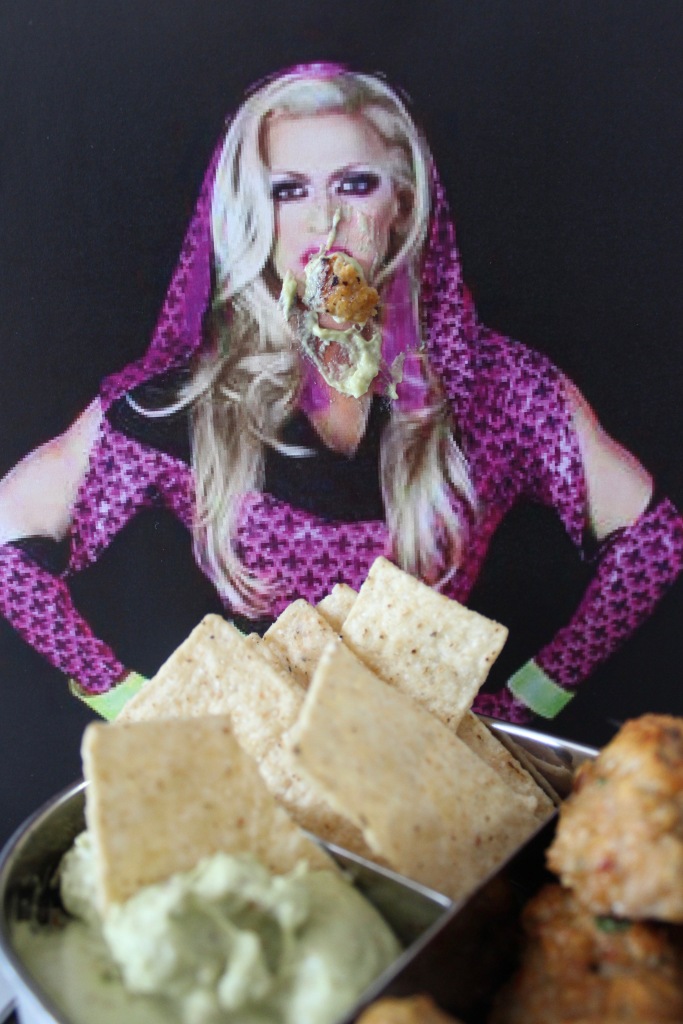 Combine the mince, paprika, cumin, oregano, cayenne, coriander and breadcrumbs in a large bowl and scrunch with your hands until well combined. Shape into golf-ball sized balls and place on a lined baking sheet. Transfer to the oven to bake for ten minutes, or until cooked through.

To serve, place a couple of balls in each bento with a dollop of guac, some beans and salsa and chips, for dippin’.