So that cat is well and truly out of the bag, with Brad, Sarah and Troyzan outlasting the rest and landing themselves in the final three. The new and improved jury segment lead to some robust debated between Brad and Sarah, with Troyzan relegated to the role of ignored finalist / zero vote second runner-up.

While Sarah played the clearly superior game, Brad did a great job learning from the mistakes of his first game via following the mantra – what would that neat lady Monica do. Turns out, he took it too literally and followed in her footsteps to finish in second.

I mean, sure, the last few days on the island he started to choke and clearly needed a damn snickers, you can’t fault the way he controlled the early game with Sierra and upcycled everything they could salvage from the marooning to ensure their island digs were as stylish and comfortable as any and all five star accommodations.

As you know, Annelie and I have been firm friends with the Culpeppers since Brad’s time in the NFL. After what happened during One World, I knew how critical it was to our renewed friendships to avoid selling stories to the tabloids during this run.

Brad was disappointed to not take out the title when he arrived at Ponderosa but his mood quickly changed when he discovered that I was whipping him up a hearty and comforting Brad Culpepper-Steak Pie to dull the pain slash cure his hanger. 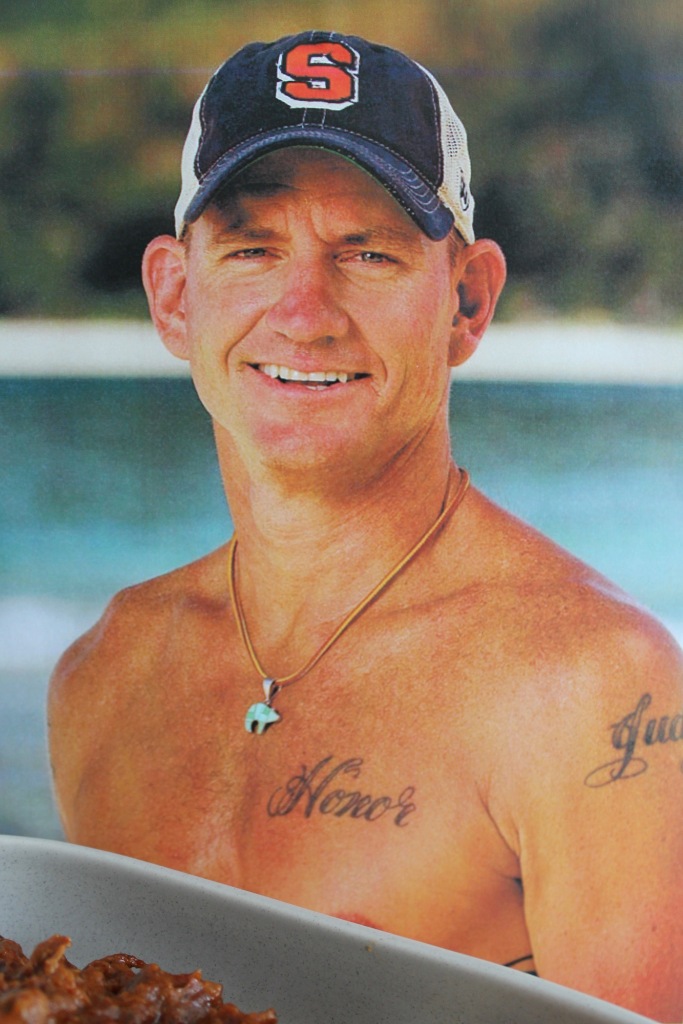 You really should know by now, that I have a passionate love for pies. Sweet, savoury, fruity and filled with cream – if you can make, I will love it. But obviously, this one is extra delicious given the aggressive kick of pepper elevating the smooth meaty gravy.

Method
Heat a good lug of olive oil in a large pan over medium heat. Add the beef and cook until browned while breaking up with the spoon. Add the onion, garlic, thyme and a pinch of salt and cook for about five minutes. Reduce heat to low, add the flour and cook for a further couple of minutes.

Stir through the tomatoes, stock, Worcestershire sauce and pepper, and simmer for an hour or so.

Once the filling is reduced and glorious, transfer to a pie or baking dish. Cover with puff pastry, crimp the edges to seal, prick a couple of steam holes and brush with the beaten egg.

Place in the oven and bake for 20 minutes or so, or until the pastry is golden and crisp.