Someone call Olivia Pope y’all, because I’ve got a scandal on my hands! Now I don’t mean to take away from my friendship with NeNe – because let’s be honest, I was balls deep on a back catalogue of leeks recipe awaiting her arrival to this patch of cyberspace – but a damned celebrity has taken issue with how I documented our catch-up.

Disrespectful and offensive. Two words that I have never had thrown my way, callously thrown in a jealous rage for showing an untouched photo of post meal euphoria? Nope. No. Hells no, not today satan. I don’t want to name names because I am mature and kind, by Mannie Bonox can go eat a bag of rotten dicks.

Restraining order or not, I called my fave smear artists and decided to exact my ultimate revenge … by doing an even better version of her recipe with a far better celebrity who is way more fun, far more entertaining and actually delightful. Even better, she doesn’t count herself as an Oscar winner for simply riding the LOTR train when it swept the pool like a loser. Let’s be honest, it should have gone to Eug and Cath’s song from A Mighty Wind.

Anyway … this isn’t about the <redacted stupid bitch that didn’t like mock-cream on her face>, it is about the absolute divine friend of mine, with the juiciest peach known to man – my girl NeNe Leakes!

I first met Neens through my dear friend Bey whilst they were filming The Fighting Temptations. While her scenes were cut from the film, she was an absolute laugh riot … and I realised that I want to live a colourful life, rather than a beige one. Because Neens is probably the most exciting person I know.

Aaaaaaaaannnnyyyway, Neens was thrilled to drop by a catch-up, make-up for my turd ex-friends slight and celebrate the fact that for a decade, she has been one of the four queens of the Real Housewives … with Lisa, and two v. obvs others. To her, having a Neneenish Leakes Tart wasn’t a second place, it was a chance to reclaim the recipe from a buzzkillington for a friend that she loves. And that is why NeNe Leakes is the greatest person to ever grace the planet ever. 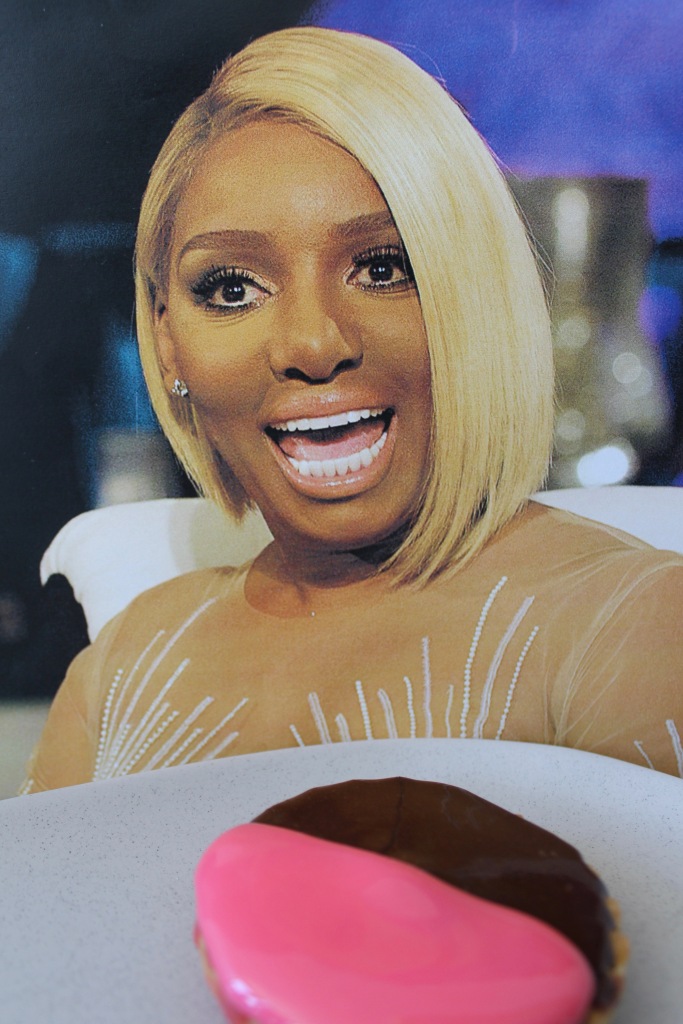 As I tried to mention the first damn time I tried this recipe, I have a passionate aversion to mock cream – which is weird, given my love of butter – so this isn’t the most traditional of neenish tarts. But I would argue, that is what makes it so damn good. Sweet and tangy, with a pastry that melts in your mouth. Sign me up to this goodness. 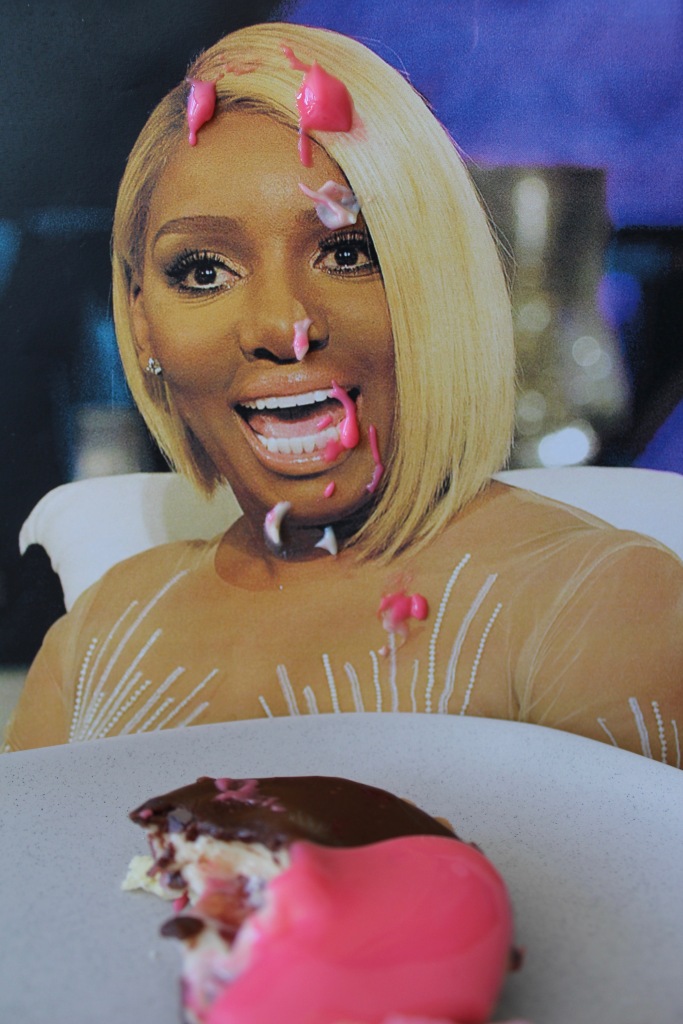 Method
Chuck the flour and icing sugar in a food processor and quickly blitz to remove any lumps. Add the butter and blitz until it just starts to come together. Add the egg and blitz again. If it isn’t coming together, add ice cold water a tablespoon at a time, blitzing after each addition. Once formed, shape into a disc, cover in cling and place in the fridge to chill for half an hour or so.

Dust a clean bench and a rolling-pin with flour and roll out the pastry until it is 4mm thick. Cut into 12-16 rounds with a cookie cutter, and place into mini-tart pans. Trim off any excess dough and prick the base with a fork. Transfer to the oven and bake for ten-fifteen minutes, or until lightly golden and cooked through. Remove to a cooling rack until completely cooled.

Spread about a teaspoon of jam into the base of each tart and place in the fridge while you work on the filling. On that, combine half a cup of icing sugar with the condensed milk, butter and juice and zest of the lemon, mixing until smooth. You could use a stand mixer if you want, but aggressive utilisation of a wooden spoon – which should be an award show category, TBH – will work just as well.

Divide the filling between the tart cases, smooth the surface and return to the fridge for half an hour, to set.

Combine the remaining icing sugar with the water and stir until smooth. Split it between two bowls, adding the cocoa to one and the food colouring to another. If either is too runny, add some more icing sugar until it is a spreadable consistency.

One thought on “Neneeish Leakes Tart”