Previously on RuPaul’s Drag Race, the queens were put through their paces on Snatch Game with Eureka, Aquaria and Monet slaying and Asia and The Vixen doing the worst mother daughter duo as Bey and Blue. Thankfully for Asia her Shape of Water inspired mermaid look saved her and sent a subpar Monique into the bottom two to be slaughter by The Vixen and sent from the competition.

The girls returned to the Werk Room to discover that Monique firmly blamed herself for not knowing the lyrics, which is good because at least she doesn’t make excuses. Asia was upset to lose her friend, while The Vixen was upset that literally everyone else wanted her to go airing her grievances like it was Festivus. As such, it didn’t take long for her fight with Eureka to start up again with Eureka confused about what happened and The Vixen dancing around just being upset. Thankfully it kind of fizzled out, allowing Monet to congratulate Aquaria on her win and then shade her by saying how shocking it was, and she thought it would have gone to her or Eureka.

Back in the Werk Room the next day, Kameron was proud to have made it as far as he did and was proud to have found his place in the competition. He then sat down to arm wrestle Asia, only to be interrupted by my dear friend Chad Michaels implying that this week’s challenge would involve Cher, bitch. Before we could get any details, Ru joined the queens for this week’s mini challenge where they were required to snap out of it and bait Ru until they have to take a big ol’ bitch slap. While all the queens – minus Eureka, TBH – were hilarious, they couldn’t compete with Asia. Though since Ru actually connected with her, it kind of gave her an advantage.

With that out of the way, Ru announced that this week’s maxi challenge would see them doing a live unauthorised musical based on Cher’s life, with each queen allocated a different era of her career. Kameron got ‘60s, Monet and The Vixen followed with the ‘70s, Aquaria will do disco, Asia snagged moviestar Eureka will be rockstar and Miz Cracker would serve comeback Cher.

Kameron was feeling anxious based on the fact she is a lip syncer not a singer, though based on the queens singing to themselves, she shouldn’t be. Ru arrived to chat to the girls, with Asia admitting that she also could not sing and felt this would be a lot of work since it isn’t her most iconic era – her victorious Oscar look begs to differ – and her only experience acting was bombing Snatch Game. On the flipside while Kameron wasn’t confident in her voice but seemed to have her head in the game and was ready to finally snag a win. Please do, my love. Monet was feeling confident based on the fact she is a trained Opera singer … though was concerned by the fact she is a baritone. She was planning to channel Carol Burnett’s version of Cher though, so I’m feeling confident. Eureka was concerned about singing live, Mix Cracker concerned Ru when suggesting making age jokes and The Vixen was semi-confident based on lip syncing to Cher previously, which TBH, hasn’t everybody? She then told Ru that everyone hates her and I am over listening to it. Aquaria then gave everyone a laugh, confident in her five notes and giving Ru a teaser. As soon as Ru left, Cracker asked her if she felt nervous after seeing Ru … which she was not. Though she probs should be.

The queens arrived to rehearse on the mainstage and were met by my frenemy Todrick Hall. Kameron struggled with singing live and couldn’t get out of his head, The Vixen nailed her choreography but also struggled with singing while Cracker was overwhelmed by her requirement to dance with a microphone timed to the beat. Thankfully for all of them Asia was worse, forgetting her lyrics and not channeling Cher at all. Well, until Eureka who spent the time negotiating to only focus on choreography and not sing until she gets it. She then shared a story where her dad asked her to sing for his friends as a kid, got nervous, stopped and it lead to an altercation and while I’m confused, seemed extremely sad.

Elimination day rolled around with Aquaria rolling her make-up station closer to the other queens to try and solidify their friendships. Seeing that Eureka was still feeling down, Monet pulled her aside to try and get her head in the game. The queens then threw some shade and kikkied before Kameron asked then all to fall and trip and give her a win. Miz then shared a heartbreaking story from her childhood when they were desperately poor and lived off shiners, unlabelled cans, and would have to guess if dinner would be food or condiment. Asia pulled The Vixen aside to see if they could work through her issues, with her expertly identifying where she is coming from and helping her out. And now I want to watch a spin-off where they hang out and Asia coaches her to victory in an All Stars. It’s almost like she has experience dealing with someone that’s extremely talented but gets into their head and takes it out on others? Off topic, her daughter is Phi Phi. Just remember.

Ru, Michelle and Carson were joined by Andrew Rannells and Billy Eichner for the first and last performance of Cher: The Unauthorised Rusical. Kameron kicked things off extremely strongly, followed by Monet who slayed the performance further exacerbated by The Vixen struggling to match her. Aquaria was ok as the disco queen, though looked a lot better when Asia performed. Eureka had chutzpah but struggled with the notes while Cracker brought down the house before the queens united for the finale, further highlighting the fact Kameron had Cher down.

While it honestly isn’t just my thirst speaking, Kameron also looked stunning on the runway while Monet was body positive, though he looked just seemed to be missing something. The Vixen looked beautiful in her jagged cardboard number, Aquaria showed up this year’s Met Gala attendees and Asia channeled Bianca Del Rio in her clown look. Eureka looked like a disco ball and I was confused by Cracker, but I kind of loved it. The judges loved Kameron’s look and performance, feeling like she was the most ‘Cher’ of the queens. Michelle and Carson felt let down by the nipple covers and tape in Monet’s look, but loved her performance. Everyone loved The Vixen’s runway, though thought her performance was ok but was nothing like Cher. They loved Aquaria’s look but felt her performance was mixed. Asia’s look was ok, though hated her performance. Michelle hated Eureka’s make-up – note, she hates stripes as well as dots … RIP Dusty – and the judges felt like while she started off slowly, her performance warmed up well. The judges liked everything Cracker did but I don’t feel they loved it.

Poor Monet just missed out on victory with my dear love Kameron finally taking out her first win of the season. Eureka and Cracker were declared safe, before Aquaria narrowly avoided the bottom two leaving Asia and The Vixen to lip sync. To Deee-Lite and NOT CHER, BITCH. While both queens slayed said non-Cher lip sync, Asia was saved (or appeared to be) by her superior track record and The Vixen was tearfully sent from the competition.

Given the fact that both The Vixen and I are passionate about what we believe in and like to stand up for said beliefs, we’re the best of friends despite often feuding for weeks after screaming at each other. While you may love her or hate her, we’ve all been gagging for some drama and my girl has brought it week after week and made things exciting, whilst also providing some killer, smart drag. As such, I held her close while she sobbed about the lost opportunity and toasted her performance with a The Sexon the Beach. 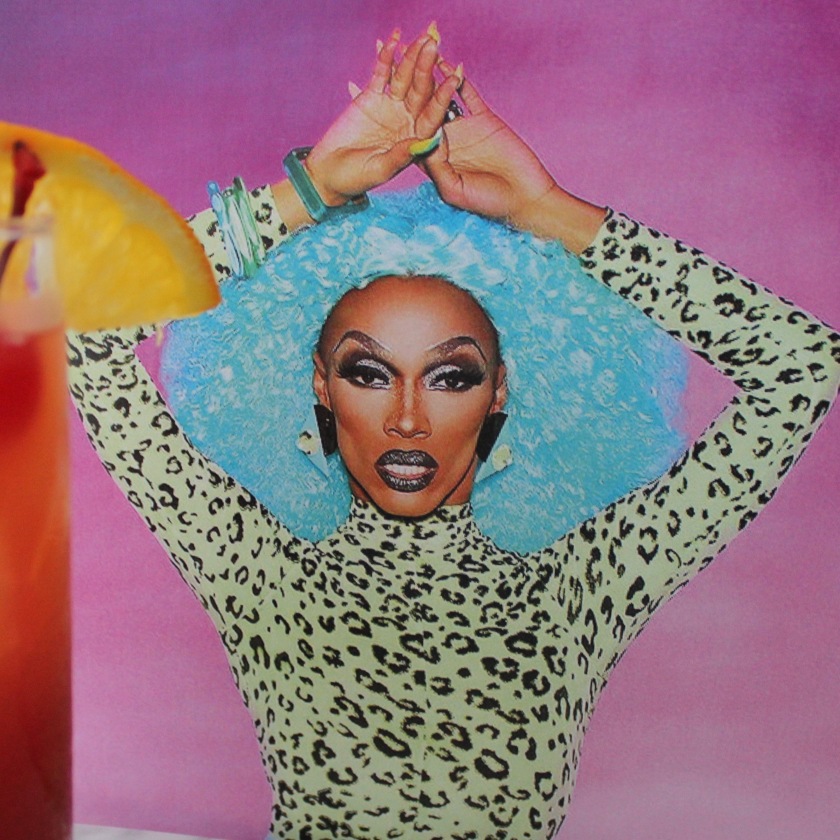 Is the name clunky? Sure. But fuck my drag if it isn’t damned near perfection. A little bit sweet, a little tart and packing a killer punch, it is everything The Vixen is and more. 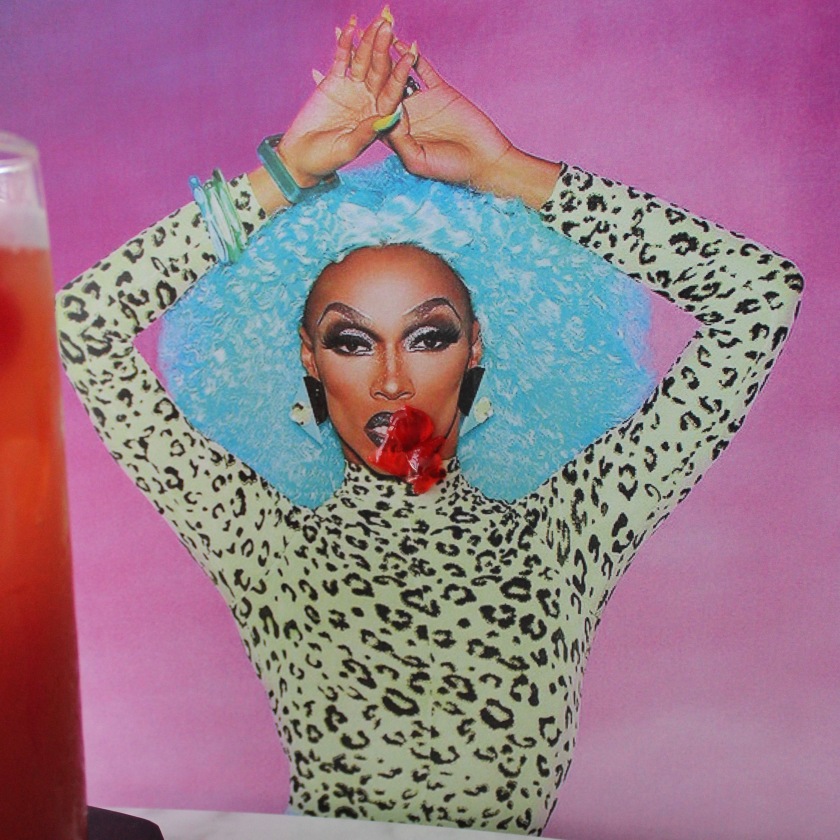 The Sexon the Beach
Serves: 1

Method
Fill a highball with ice.

Top with the ingredients.

Garnish with a slice of orange and a maraschino cherry.

4 thoughts on “The Sexon the Beach”