Previously on RuPaul’s Drag Race, 14 new queens descended on the Werk Room. Miss Vanjie became a pop-culture icon as she backed out of the mainstage first, followed by – yep, doing this again – Kalorie, Yuhua, Dusty Ray, Mayhem, Blair, Monique, The Vixen, Monét and Cracker, leaving us with a battle royale for the crown between Texas, a Tennessee duo and the sole remaining NYC queen. Poor Asia committed the largest mass butterfly homicide on television to finish in fourth place, leaving Eureka and Kameron to battle it out with Aquaria for the crown.

Which they sadly lost, keeping the crown in NYC and returning it to the Haus of Needles. Where, TBH, it rightfully belongs.

Despite an extremely soft start in the first round of the finale, Aquaria was given a save – in my opinion – due to her slaying the mainstage competition from start to finish. Even at times when you thought she would fail – read: Snatch Game – she played to her strengths and shined bright. I mean, any hole is a goal is essentially now Melania’s motto, am I right?

I pulled Aquaria into my arms as soon as she walked off stage and praised her on her win, particularly given she didn’t push the gimmicks so far in the finale that they overwhelmed her. I held her hand high, congratulated her and then toasted her victory with a fresh Aguaria Fresca.

Fresh, zingy and totally delicious, agua fresca is the perfect drink to fill you with joy, remind you of the positives of summer – aka on a beach, not at work – and quench your thirst after slaying a competition.

Prance my queens, then enjoy! 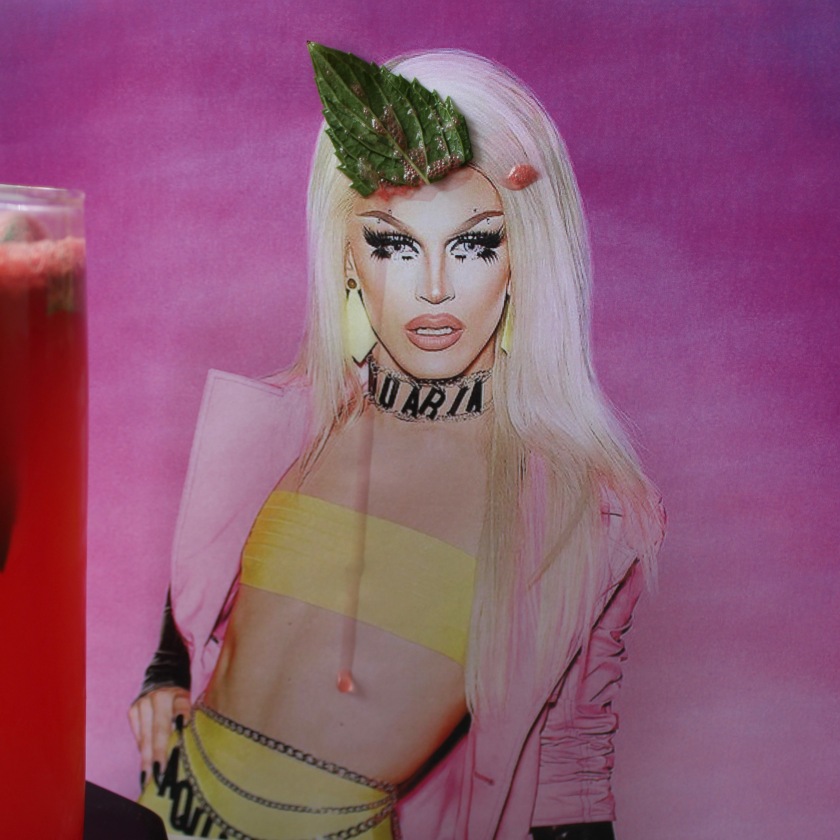 Method
Chuck the watermelon, lime juice, sugar and mint in a food processor and blitz until completely juiced. Sieve into a jug and place in the fridge to completely chilled.

When chill add ice and soda water to the jug and stir to combine. Serve immediately, garnished with additional mint like a victorious crown.