Let me start by getting the obvious out of the way first – while my dear friend Sarah Silverman wasn’t able to get me a role in Wreck-It Ralph 2, the rough cut she showed me is hilarious. Though I stand by the fact I should have been in the princesses scene as the queen.

Thankfully I’ve been friends with Sez for such a long time, that I was able to look past the slight and join together for a nice date. I’m a damn saint, I tells you.

I first met Sare while skulking around 30 Rock trying to get Lorne Michaels to lift my life ban. She was finishing up her one-and-done run on the show while I was being escorted from the building, and Clive the kindly security guard threw me into her path. I call him kindly because that harsh toss from the door led me to my best friend, and for that I’ll always be grateful.

I took advantage of her post-SNL pain, and drove her to show them what a big mistake – HUGE – they had made, and in turn ride her coattails to fame, fortune and success.

While we had a brief period of vicious feuding after her edits on Fucking Matt Damon made me lose out on an Emmy – yeah, my version was pretty X rated – I moved past it because I knew my life is better with Sare Silv in it.

Who am I? That was so earnest and sweet.

Anyway – as I am wont to do, we laughed, we cried, we watched the movie, we watched the random swingers party happening in the rooftop pool in the building across the street and we smashed a deliciously confusing hybrid Pizzastarah Silverman. 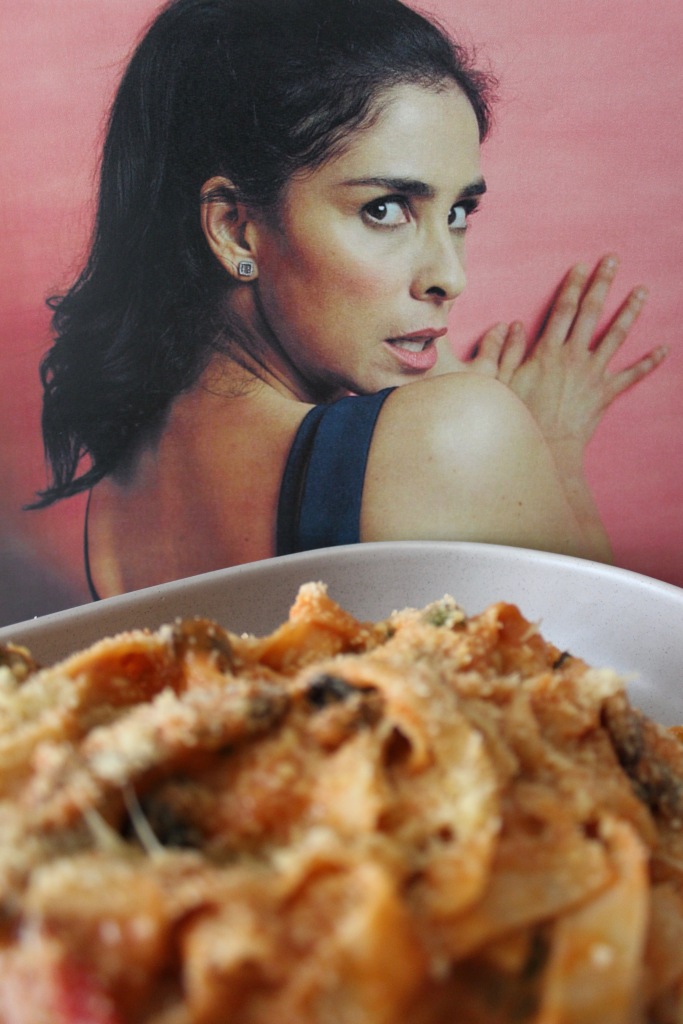 What is better than pizza or pasta? Yes, you guessed it – a pasta made out of pizza ingredients! Ten points to Gryffindor! I mean, nothing can possibly give your pasta a pep in its step quite like pepperoni. Add in olives, mushies, parm and all the usual pizza suspects, and you’re in for a world of joy. 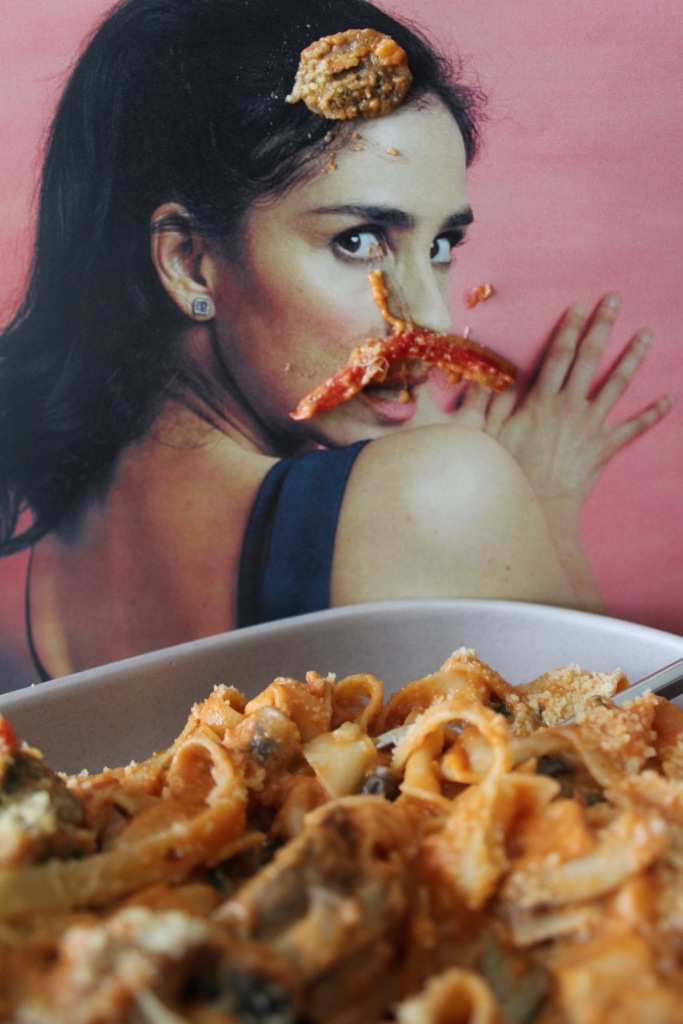 Method
Start by getting a large pot of water boiling over high heat.

While the water is coming to a rollicking party, heat a lug of oil in a frying pan over medium heat Add the garlic and onion and cook for a couple of minutes, or until soft and sweet. Add the chilli, mushrooms, olives, sundried tomatoes and chargrilled capsicum and cook for a further minute before stirring through the pepperoni and sausage.

Add the tomatoes and cream and bring to a simmer for a couple of minutes, reduce heat to low, add the spinach and a good whack of salt and pepper and leave to bubble, covered, while you cook the pasta as per packet instructions.

When the pasta is ready, add the parmesan to the creamy tomato sauce and stir well. Toss the pasta into the pan and stir until coated. Serve immediately, slathered in additional parmesan for optimal devouring. 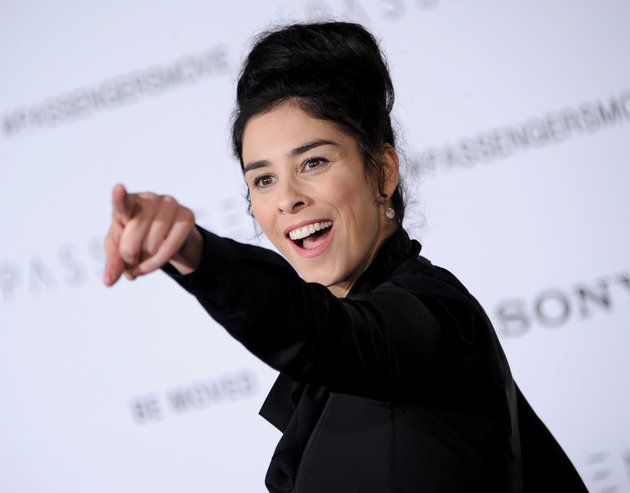 I had an extremely hectic weekend, quickly dropping by the Berkshires – visiting Dorind, obvi – before getting an extremely patient and thorough lesson in how to play chess by my seven year old nephew. Obviously I was exhausted by the time Sunday afternoon rolled around, so I lay by the pool drinking Jimosas and watched movie trailers.

Don’t worry, I’m about to get to the point.

I was wondering how The Meg differed from Jaws III before I was distracted by the trailer for Wreck-It Ralph 2 and realised I had about twenty missed calls from Sarah Silverman over the past fortnight.

Thankfully she bought how busy I claimed to be and accepted my invite to drop by and catch-up later this week. What do I make for one of my dearest friends that happen to be a Disney princess?