I’m most oft described as being an old man trapped in a young(ish) man’s body. In turn, that old man that lives inside me is most oft described in more detail as (extremely) grumpy. Whenever I’m told this, or catch myself shaking my fist at youths in the street, I am reminded of my dear friend and co-star in the movie series based on my life, Grumpy Old Men, Jack Lemmon.

While Jacky boy, as I used to call him, is most famous for his success on the silver screen – two Oscars, what a card! – one of his final awards was his Emmy for his turn as Morrie in Tuesdays with Morrie. As such, I decided to whip out the time machine and pay him one last visit.

I first met Jack on the set of Some Like It Hot in the ‘50s where I acted as a drag coach to Jack and Tones. Yes – I was a drag icon in the 50s and Ru is my drag daughter. Jacks was taken by my talent and we became extremely close during filming, being dear friends ever since. After finalising my first autobiographical script, I knew I needed to get Jack onboard and the hit franchise Grumpy Old Men was born.

Given the fact the catch-up was occurring via time-travel, I couldn’t run the odds with Jack so I utilised my time in the delorean – fun fact: time travel takes a lot longer than Back to the Future would have you believe – to run the odds of the male counterparts of yesterday’s discussion with Rita.

All that talking to myself really took it out of me. That, coupled with the fact we’re both elderly, led to me whipping up a big ol’ delicious batch of my Jack Lemmon Chicken Soup. 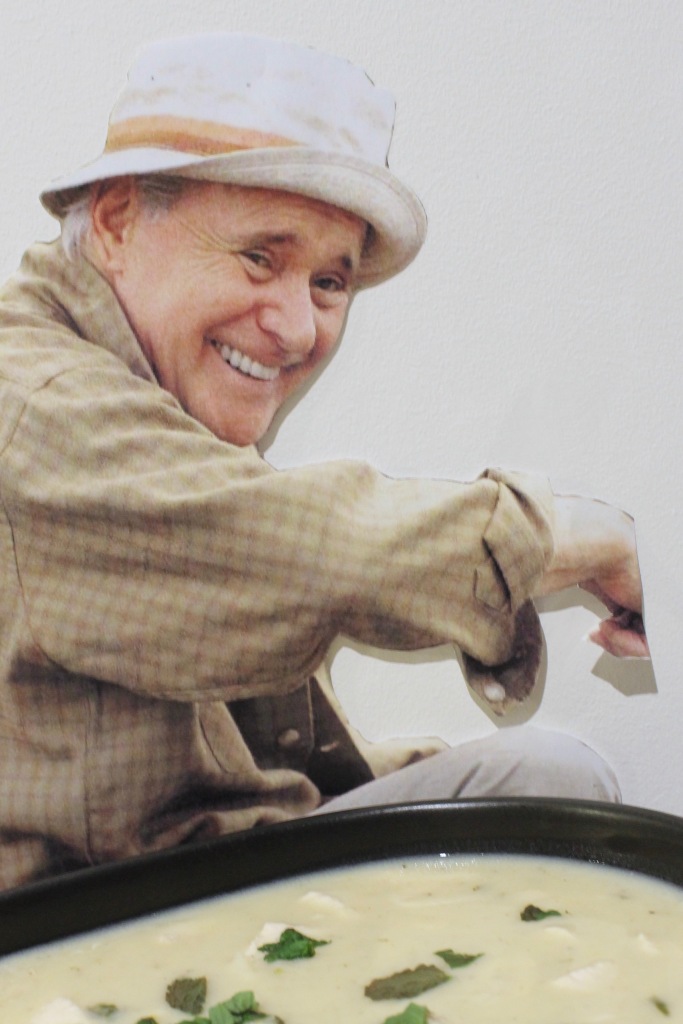 Oldies like Jack and I – I should mention, I travelled back to the late ‘80s when he was yet to become an Emmy winner – love a good soup, and there is no better than a Lemon Chicken one. The sour lemons, creamy eggs, sweet mint and delicate chicken come together to make you forget the fact you’re eating a mother and her children and feel content. 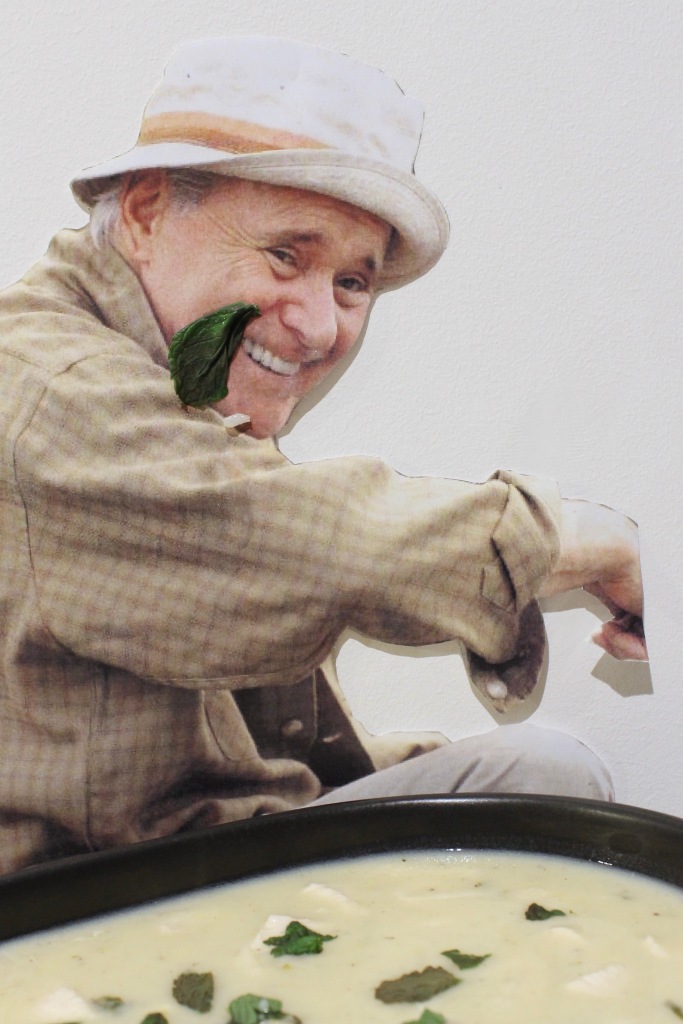 Method
Combine the juice, zest and stock in a large pot with salt and pepper over medium heat and bring to the boil. Add the rice and chicken, reduce heat to low and cook for about fifteen minutes, or until the rice is tender and the chicken cooked through.

Remove from the heat and stir through the mint leaves before serving. And then devouring.

To finish off my pre-Oscar celebrations – aka Oscar Gold week – I’ve got to go with one of my oldest, figuratively and literally, and zaniest fellow Academy Award winning friends – Shirls.

And hurly burly what a girly my dear Shirley MacLaine is!

I’ve long been a family friend of the MacLaine-Beatty’s after meeting Shirl in NY in the 50s where I was turning tricks and being a stand-over man around the time Babs made it big. Shirl needed a favour bumping off the actress she was understudying, so I assisted in taking her out by breaking her ankle which went on to inspire both Tonya Harding’s attack on Nancy Kerrigan and the movie Showgirls.

That also contributed to my time in the clink in the 60s.

As I had learnt not to rat out my friends long ago, I kept her involvement quiet and was thrilled to watch her success from the sidelines before reconnecting in the 70s and subsequently became her go-to Oscars date due to my dashing looks and raging homosexuality.

As both Shirls and I are 30-40% psychic, it was less of a discussion about the winners (I spent a lot of time asking about her casting in the live action Little Mermaid film) and more about reading the lettuce leaves left on our plate from my Shirliders MacLaine.

Burgers are arguably my favourite food … but sliders are better. I mean, why have one large burger when you can have 47 mini burgers? As they are tiny, it means you’re not gluttonous!

Enjoy … particularly while you watch Spotlight, Inside Out, George, Leo, Brie, Alicia and my lover, man I’ve body-doubled for and dialect coach Syl take home their Oscars.

Oh – did I mention I am hosting seven separate red-carpet specials (take THAT Rancid), attending as Mark Ruffalo’s seat-double (I need to talk more about my extensive career as a double) and Cate’s date while also live blogging and tweeting (so fucking hip, is this 2008?) the entire thing on Sunday/Monday, timezone dependant?

You should bookmark the page or something and join me while I spill the inside goss and roast the jokers I call my filthy frenemies.

With you hands, scrunch the mixture until it starts to come together. Break into 8-12 patties, depending on how big you like your sliders/made your buns. Place on a lined plate, cover and refrigerate for an hour or so.

Heat a lug of olive oil in a small saucepan over low heat and sweat the onions until soft, sweet and caramelised.

When ready to devour, over high heat, heat a large frying pan, griddle or barbecue, whichever you prefer. When hot, reduce to low, halve the buns and fry the open sides until toasty and golden.

Wipe out any crumbs and fry bacon until crisp and remove to some papertowel. Place patties on the hot pan/griddle/barbecue, flatten with a spatula and drizzle each with about ½ tsp of mustard. After a minute or so, flip the patties, watching for spitting mustard (which hurts like hell), and place a slice of cheese on top to melt. Cook for a further minute or so, depending on your tastes, and remove from the heat.

To assemble the sliders, butter the bottom of the buns with a generous smear of mayo, top with bacon, some caramelised onions, a slice of tomato, some iceberg lettuce and the molten hot cheesy, mustard patties, a squirt of ketchup if you want, and who doesn’t, before topping with the rest of the bun.

Serve with sweet potato fries on a large platter and gorge, with or without friends.