I have this sick feeling in the pit of my stomach. I mean, we just exited the latest Survivor Dark Ages with the killer albeit horribly named David vs. Goliath, and we’re entering a season named Edge of Extinction. Which without spoiling, actually screw it you need to be warned – features the return of Redemption Island instead with worse rules and a new name.

Will I still watch it and likely love it like a good superfan? Sure. But I am concerned about what it means for Survivor movie forward. The one thing giving me hope is that a season that ends with every person voted out on the jury and the first boot winning, could give us Gabon levels of insanity. Which is literally the best case.

Anyway as I am wont to do, I’m assembling some of my favourite winners – or at least the remaining winners – to help countdown to the new season. And likely do some sort of ritual to steer it towards Gabon.

As you know I am a dear friend of Romber and even introduced them and tee-ed up their alliance which led to love, The Amazing Race, marriage and four daughters. It also makes me responsible for All Stars so either you’re welcome or I apologise, depending on your views on the season.

I’ve known Amber since the filming of Australian Outback after trekking to find the set in search of Probst. While my unintended meddling screwed over Kucha far more than it did Ogakor, I did kinda screw over Amber’s game by wooing Colby – who I must catch soon – and turning him against Jerri – who I also must catch soon – setting up her downfall, she soon moved past the pain after introducing her and Rob.

While we haven’t had an official cast reveal yet, we do know that Aubry will be returning – hopefully with an edit this time – alongside second chancers Kelley and Joe, and Family Guy writer David who I assume was emboldened by Mike White’s success last season. Given the twist seems tailor made for the likes of Joe to finally succeed, I am hoping it backfires and either Kelley or Aubry rank highest amongst the returnees. Amber obviously is hoping that Kelley will snatch victory and complete her Brkich narrative, albeit over three seasons.

It was as robust conversation as it could be without being able to spoil the rest of the cast, however it was a delight to catch-up, talk smack about Rob continuously spoiling the switch and merge tribe colours with his Instagram posts and smash a big ol’ Lamber Tarkich.

Based on a number I saw whilst browsing Taste.com.au, this tart is a delicious, quick meal to throw together during the week. Not that I don’t believe Amber isn’t worth effort, because she dominated All Stars and played Rob to perfection (… and still ended up married) so don’t at me. Sometimes simply is best, packed with spice and fresh flavours, it will have you salivating from the moment it goes into the oven. 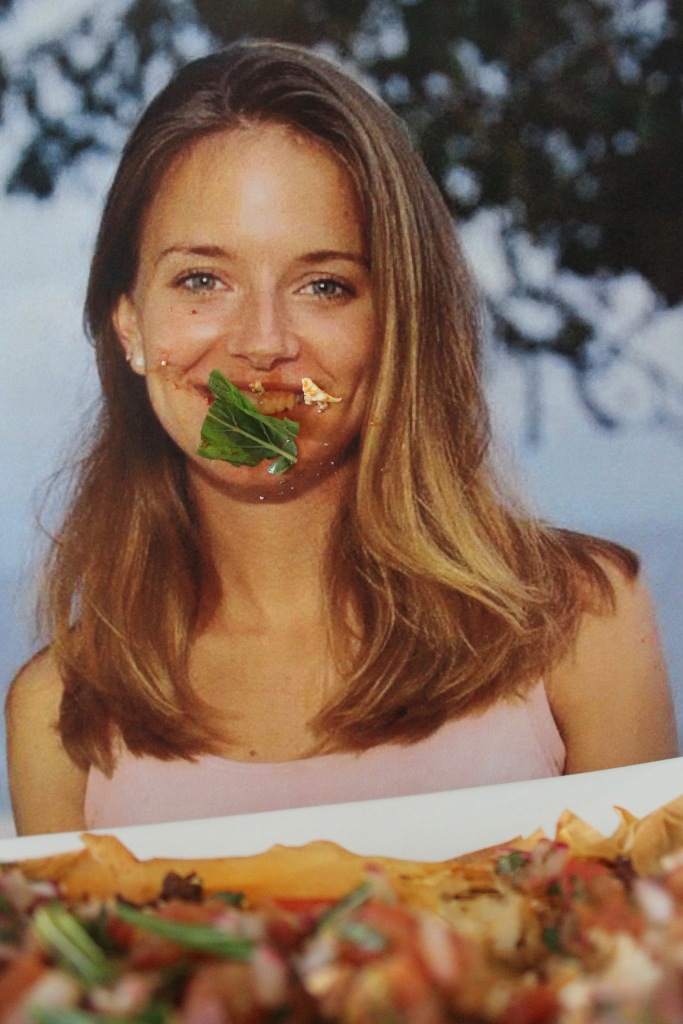 Heat a good lug of oil in a large skillet and cook the tomato paste and garlic for a couple of minutes. Add the mince, spices and chillies, and cook for five minutes before stirring in the pine nuts, lemon and mint, and removing from the heat. Set aside to cool slightly.

Brush each sheet of filo with butter -bar the top one – and stack on each other. Fold the edges inward to form a rough rectangular shape and place on a lined baking sheet. Stab the base with a fork and transfer to the oven to bake for ten minutes, or until lightly golden. Remove from the oven and allow to cool.

To assemble, smear the centre with Hummus and top with the lamb mixture. Combine the tomato, sumac, onion, parsley and feta in a bowl and sprinkle over the top. Place in the oven and bake for fifteen minutes, or until golden and warm.