After catching up with Chris and Riz to kick off this year’s Emmy Gold celebration Golden Family, I got to thinking about how sometimes the Academy just truly gets it right. When it isn’t given Modern Family Best Comedy for way too many years, for instance.

One of those right times is when my dear friend and mentee Tatiana Maslany finally snatched gold for Orphan Black. I mean, she straight up slayed multiple roles for five years on Orphan Black and honestly could have been nominated against herself for each damn performance.

As you can guess from the mentee comment I’ve known Tatiana for years, first meeting when I was a primary school teacher in Regina, Canada. I immediately saw a ferocious talent and encouraged her to give drama a try.

Given that advice gave her a lifetime of happiness, we stayed in touch – you could say I was a cool teacher – and I have been guiding her career ever since.

While we haven’t caught up in a hot minute, Tatiana was honoured to join this patch of cyberspace and help me run a myriad of Emmy odds to help me get out of debt with my bookie. As Drag Race superfans, we both firmly believe Ru will take out victory for Best Competition Program again. She was too scared to disagree when I said that it was Amy Lou Sedaris’ DAMN TIME and she will win Outstanding Variety Sketch Series whether they like it or not. A game of eenie meenie saw her backing Colbert for Variety Talk, while I landed on Samantha Bee.

Then we got to the pointy end of the show with the female Drama categories. While I desperately tried to convince her that Lena Headey MUST win for literally drinking wine and gazing out a window for three episodes – “People need to know that is a real fucking career option, Tatiana!” – she believed that Gwendoline Christie will instead take Supporting for her heartbreaking portrayal of Brienne of Tarth. We both agreed once again, however, that Jodie Comer is likely to follow in her co-star Sandra Oh’s footsteps to claim lead Actress in a Drama.

It was an exhausting and at times fiery discussion, which desperately took it out of us and as such, we nearly screamed for joy as a popped some Veal Tatiana Marsala on the table in front of us.

The kick of marsala with the smooth, melt-in-your-mouth veal and the rich punch of cream are a trio that make me infinitely happy. Add in the perennially delightful nature of pasta and you’re on a winner with this. 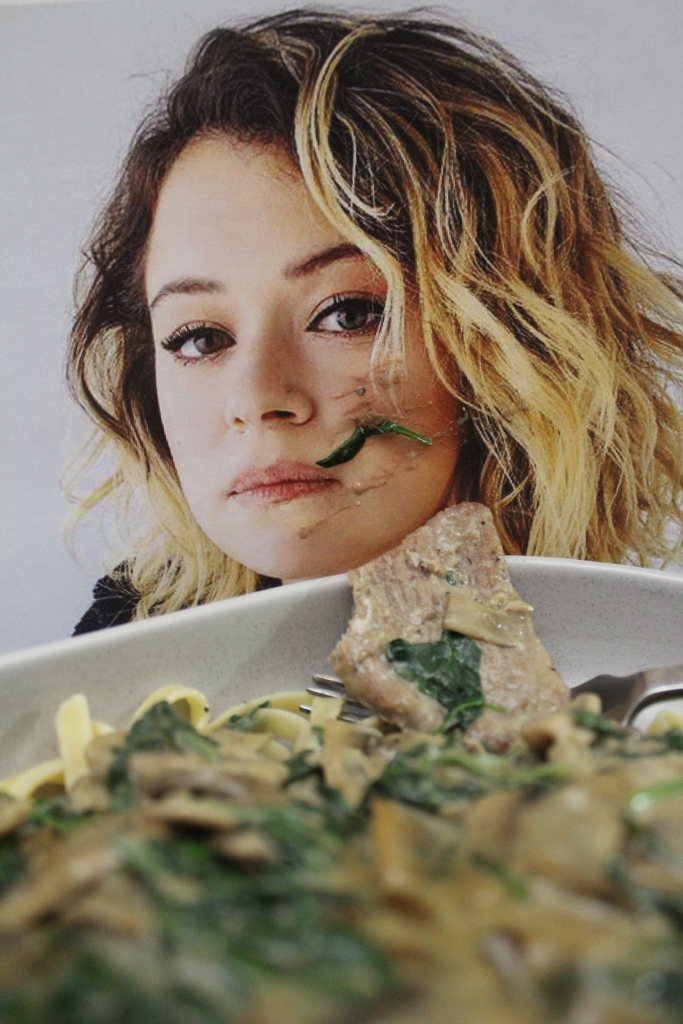 Method
While you’ve got a pot of water rolicking for the pasta, place the butter in a large frying pan over medium heat and cook until foamy. Add the veal, garlic and flour and cook for a couple of minutes, or until starting to brown. Season with a good whack of salt and pepper, and add the mushrooms and cook for a further couple of minutes.

Pour the marsala into the pan in one go and stir as it simmers and thickens. Cook for a couple of minutes before adding the cream and bring to a simmer. Reduce heat to low and cook, stirring sporadically, for a further five minutes.

When the pasta is cooked, add the parmesan and spinach to the creamy veal pan and cook for a further minute, or until wilted.

Serve immediately on a bed of pasta and devour.

While I am heartbroken to confirm that yes, this year’s Mean Girls day celebration, That’s So Fetch, is almost over, rejoice, because the queen bee herself is finally here! That is right, my dear friend Rachel McAdams aka Regina George is finally making her debut on this patch of cyberspace.

Despite only meeting on the set of Mean Girls, we quickly became the best of friends after she survived my Mr G-esque strength training to see whether she had what it takes to play Regina aka the worst parts of my character.

I was blown away by how someone so nice could so brilliantly capture how fundamentally awful I am, and decided to get her to show me how to be nice. While she failed at first and I lashed out, we reunited on the set of my then-boyfriend’s movie The Notebook, and we remained the best of friends. To the point where I gave her my blessing to pursue him after our relationship ended.

Anyway, I haven’t seen Rach since her son’s christening – I am obvs, godfather – so it was such a joy to reconnect, laugh about our fun times on set with Linds, Teens, Ames, Mands, Dan Fran, Jono and Lizzy – and Lacey, but obvi I can’t say that yet – whilst smashing a Rachon McAndcheesems. 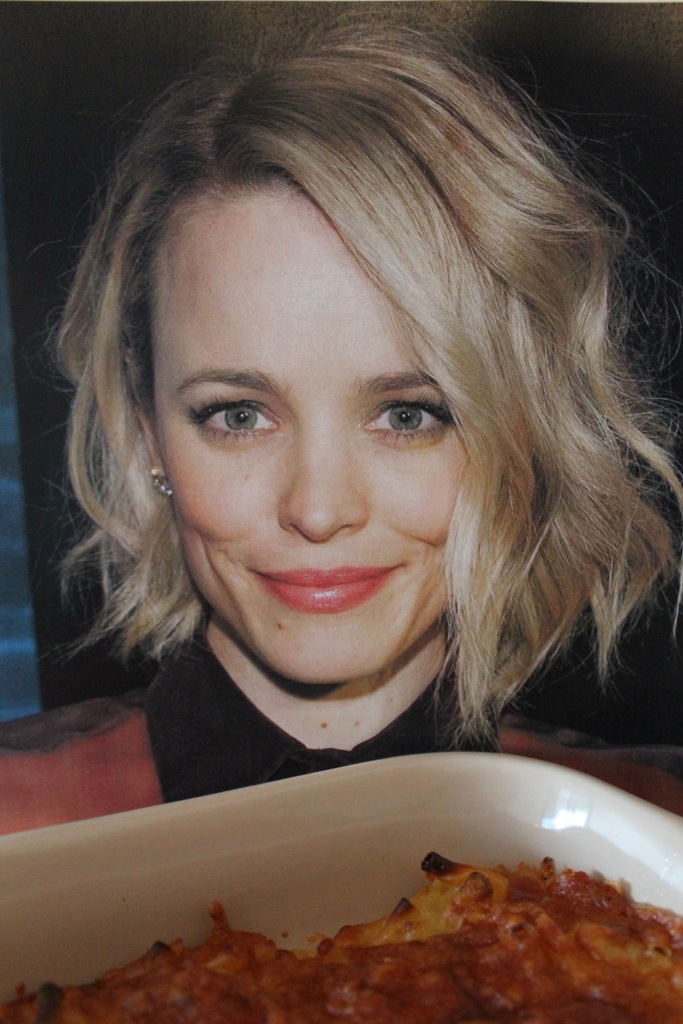 Now I know mac and cheeses are fast becoming an over-catered market on this patch of cyberspace, I dare you to explain how the addition of bacon doesn’t send this to the next level. I mean, name a more iconic duo than bacon and cheese. I’ll wait.

Get the pasta cooking as per the packet instructions and cook the bacon in a large saucepan over medium heat for five minutes, or until nice and crisp. Add the garlic and shallots, and cook for a further minute. Add the butter to melt, and once foamy, add the flour, chilli, paprika, mustard and a cook whack of salt and pepper, and cook for a minute or two. Remove from the heat and stir through the milk until smooth and combined. Add the cheeses to the saucepan and return to the heat until melted and combined.

By this point the pasta should be done, so drain and add to the saucepan and stir until well combined. Pour into a baking dish, top with additional cheese – potentially more than included in the dish, but who am I to say – and transfer to the oven to bake for twenty minutes.

Serve fresh and molten hot, obvi being careful whilst devouring.