Oy – how busy is my life right now? Between keeping up with my regularly scheduled programming and doing both Jeff Probst and RuPaul a solid, I am slowly going to turn jatz crackers.

Though maybe I already was?

Don’t worry too much though, I love being busy, entertaining my friends, celebrating shady reality TV … just not as much as complaining.

Anyway, there are now less than two weeks until Drag Race returns and I knew I had to get my seductive friend Michelle Visage over to catch-up and help my countdown celebrations.

As you know, I was Ru’s OG Michelle … but I don’t hold that against my girl, I actually passed the baton on to her when I couldn’t fulfil my duties. Kind of like the Coco / Alyssa situation, except I was deported.

I first met my girl Michelle when she auditioned for Seduction. I was putting together my first band at the time – I also formed the Spice Girls, S Club 7, Bardot and One Erection – and Mish stood out amongst the pack, so I decided to take her under my wing and foster her career.

I was then deported for some scandal I can’t even remember anymore, so asked her to ride Ru’s coattails for me. They were a perfect fit and she has dutifully been doing it ever since.

It truly does take two to make a thing go right sometimes!

I haven’t seen Michelle since filming, so it was such a treat to have her over, talk about our mad contributions to the Bodyguard soundtrack – I did Whitney’s vocals, FYI – and devour a shit tonne of Waffelle Visage in honour of Drag Race season 9. 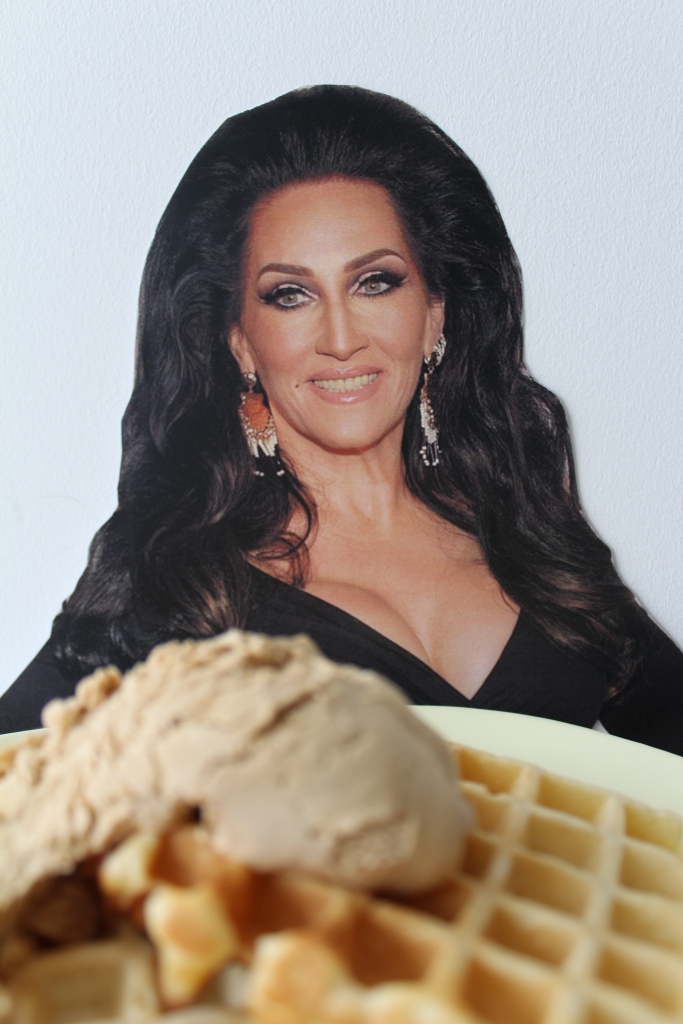 Like my girl, these are a little bit sweet, soft inside with a hard exterior … and the perfect accompaniment to the true star of a dish – like ice cream, eggs, bacon, burgers and/or Ru. 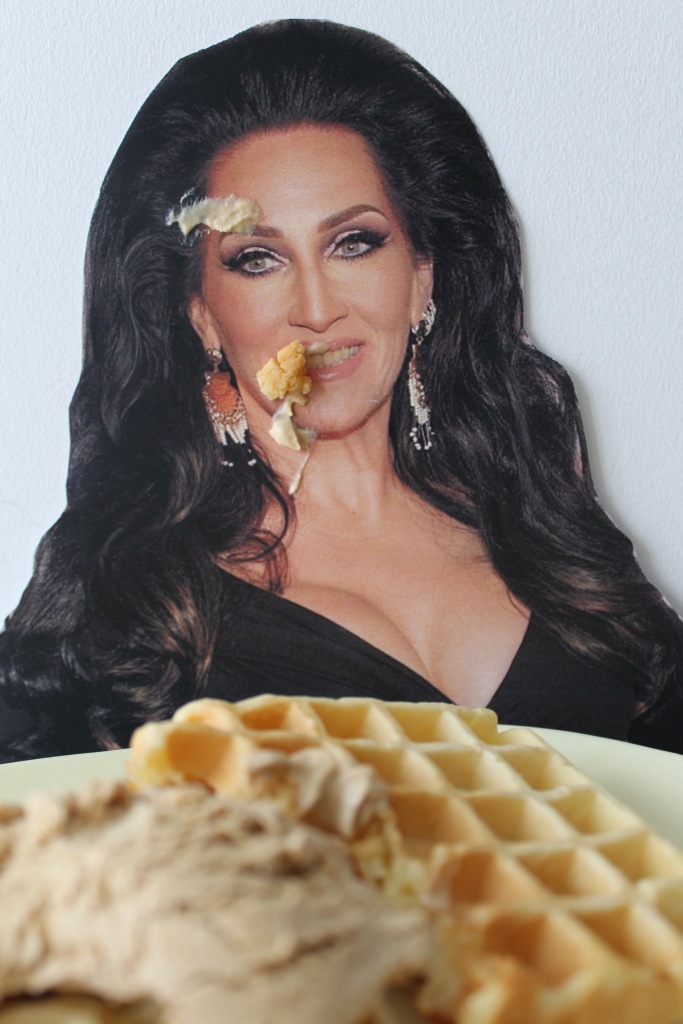 Method
Combine the dry ingredients in a bowl and the wet in another.

Whisk the wet ingredients into the dry, stirring as you go and continuing until just blended and smooth.

Heat a waffle iron over medium-low heat. When nice a hot, pour in about ¼ cup worth (depending on iron size) of batter into the iron and cook for about five minutes or until lightly golden, turning only once.

Serve with ice cream … or eggs … or turn into a burger … or just by themselves, then devour.