After nine grueling weeks of All Stars gag and goopery which saw the iconic Jasmine Masters herself freestyling a comedy routine and becoming the first boot, Farrah g’oooooohhhhhhhhing in ninth, Gia absolutely finishing in eighth – yep, dis happening – Valentina’s fantasy following her out the door before Naomi boldly felled Manila before the other half of Latrila, Latrice, followed her out the door – for the second time this season which only bears repeating for link purposes – leaving us a final four of Monique, Naomi, Monét and Trinity.

The Tuck, no longer a Taylor.

After the top four appeared on Ru and Michelle’s podcast, they were challenged with dropping a verse on Ru’s Super Queen before Todrick arrived to choreograph the live performance. The Queens then brought their All Stars Extravaganza to the mainstage and despite slaying the game, Naomi and Monique were cut ahead of the final lip sync.

Which ended with the gag of the season to end all gags of seasons – even besting the queens eliminating each other, Bebe – with Monét and Trinity both taking out the season and landing a spot in the Hall of Fame.

Full disclosure, I hated Trinity when the season 9 cast were released. Call it the cast photo or my judgemental nature, but I assumed that I would hate her and looked forward to her disappearing in the first few weeks. Then I saw her perform and week after week, she wore me down and by the time it came to lip sync for the crown, I desperately hoped that she would somehow take out victory.

While we all know how that ended, Trinity did win and fan and I was thrilled to see her come back to the competition and slay another season. And most importantly, finally snag herself a crown. So condragulations on your long overdue win, Trinity. I hope the Trinity theking Duck Pancakes honour your victory and keep you fed while locked in the Hall of Fame. 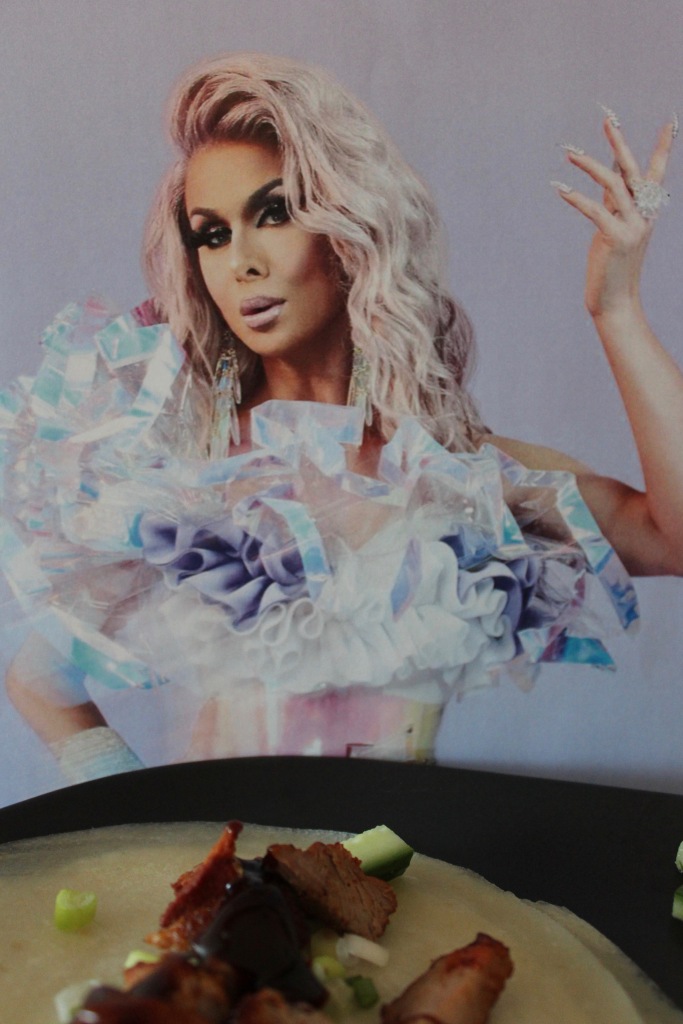 Delicate pancakes, melt in your mouth duck that packs a punch and some fresh cucumber? Sign me up, these babies are glorious. 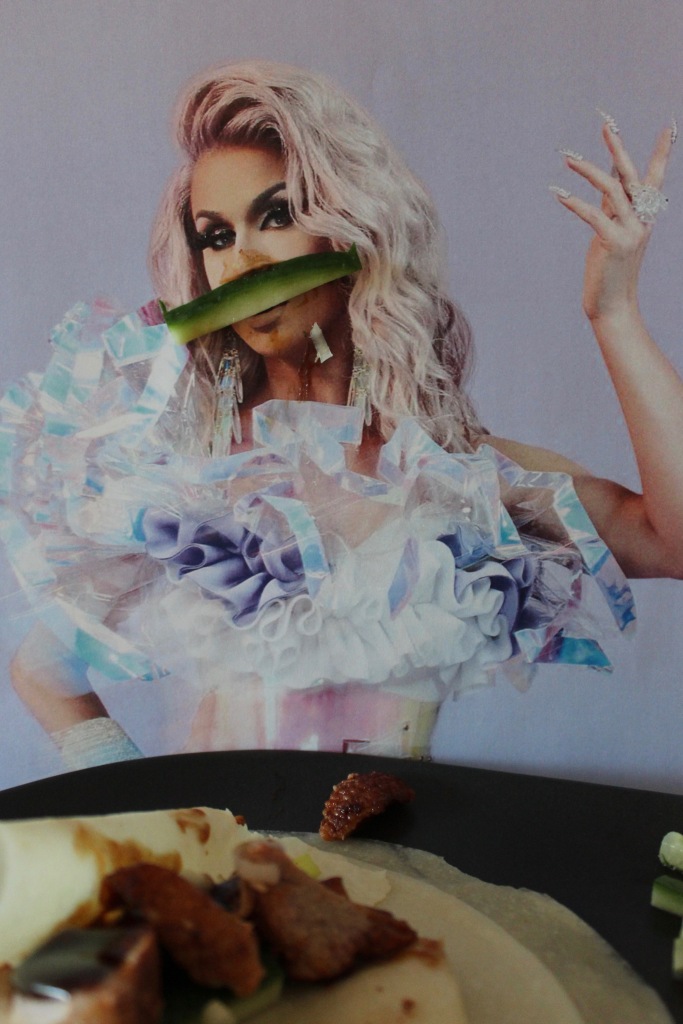 Method
Combine the tamari, shaoxing, salt and five spice in a bowl, and rub into the duck breasts. Leave skin side up on a plate and transfer to the fridge to marinate and leave the skin to dry out.

Flash forward to the next day and blitz the flour, cornflour, water, milk, egg and half the butter in a blender until smooth. Transfer to a jug and fold through the shallots. Cover and leave to rest for fifteen minutes.

Bring a lug of oil to heat in a skillet and once scorching, place the duck breasts skin side down and cook for five-ten minutes, or until the fat renders. Flip the breasts and transfer to the oven for 5 minutes, or until cooked through. Remove from the oven and leave to rest for fifteen minutes.

To serve, transfer the duck to a cutting board and cut into thin slices. Place some duck, shallots and cucumber on the centre of a pancake, slather with hoisin and devour like a winner.