Previously on All Stars ten queens entered the Werk Room ready to battle to join Chad, Alaska and Trixie in the Hall of Fame. While Jasmine, Farrah, Gia, Latrice, Valentina, Manila and Latrice were eliminated along the way, Naomi, Monique, Monet and Trinity remained to fight for their place.

After a gruelling song and dance number, enlightening podcasts and stunning runways, Naomi and Monique were eliminated, leaving Monet and Trinity to lip sync for the crown. And lip sync they did.

Neither Monet nor Trinity hid behind the gimmicks that have marked previous lip syncs for the crown. Both hitting every damn lyric of Christina Aguilera’s Stronger and performing the hell out of it. They both knocked it out of the park, but Monet’s brand of absurd, in my opinion, really stole the show. Until Chad, Alaska and Trixie returned to crown their newest Hall of Famer.

And then again when Ru shocked everyone – with a poorly cut together ending – and announcing that both queens snatched the crown and both would be locked up in the Hall of Fame.

While Trinity may have had the slightly stronger track record heading into the finale, there is no denying the fact that Monét owned the episode from start to finish. So anyone complaining of riggery and/or morris-y and/or tomfoolery, needs to chill the f out and soak up the majesty that double crownings are now possible. And isn’t that a good thing? Plus – a winner’s circle bursting at the seams means we’re closer to a winner’s season.

Despite stumbling in the first challenge, Monét came back with a vengeance, performing consistently well and finally bringing it on the runway. And let’s circle back to the fact she didn’t get gimmicky in her lip syncs – Asia kinda soured them, no? – and still managed to slay.

Welcome to the Hall of Fame, Monét! It is well deserved, despite what Bob will tell you on your podcast. At least we’ll always have Beignet X Changes, right?

While pizzas and burgs appear to be the reality TV killer, nutella is clearly the secret weapon. I mean, Trixie followed by Monét? The results speak for themselves. As do the melt in your mouth majesty of these beignets.

So without further adieu, enjoy! 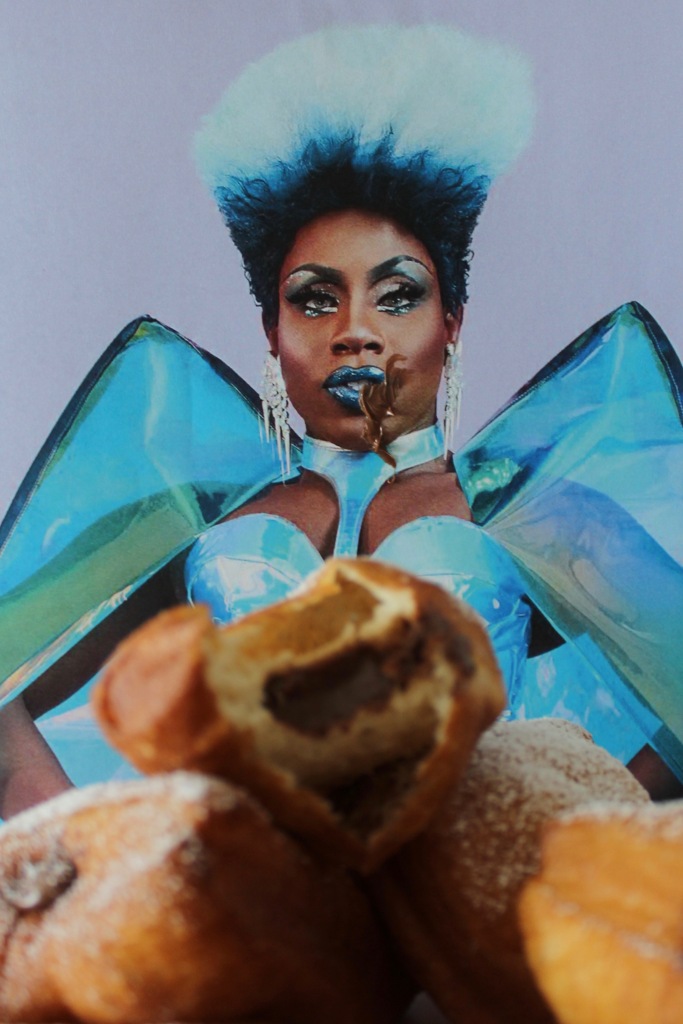 Method
Combine the water, sugar and yeast in a jug and leave to get foamy for five minutes or so. Meanwhile combine the milk, butter, egg and vanilla in a small bowl and the flour and salt in the bowl of a stand mixer.

Using the dough hook by hand, add the yeast and milk mixtures to the flour and stir until just combined. Add to the mixer and knead on medium-low for a couple of minutes, or until smooth and elastic. Transfer to a large, oiled bowl, cover and leave to prove for two-three hours.

Heat a couple of inches deep of oil in a large skillet and bring to 160C. Meanwhile roll the dough out to 3-5mm and cut into 3cm squares.

Once the oil is piping hot, add the beignets a few at a time and cook for a couple of minutes or until golden and puffed. Transfer to kitchen towel and repeat until done.

To serve, pipe nutella into each beignet, sprinkle with icing sugar and devour, winningly.